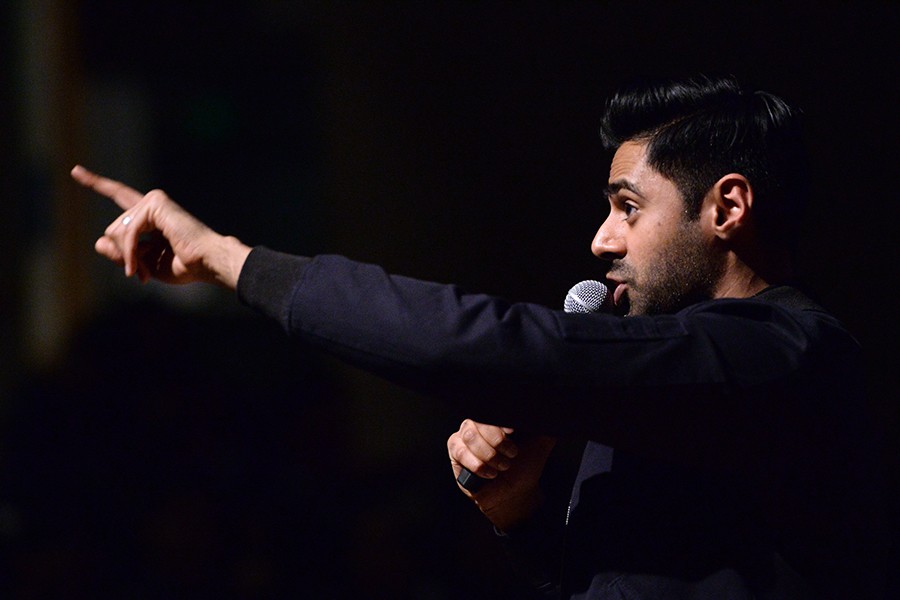 Hasan Minhaj—an acclaimed comedian, actor, and writer—spoke Wednesday on the Johns Hopkins East Baltimore campus as part of the Milton S. Eisenhower Symposium. Known for his subversive social and political commentary as well as being a voice for Muslims in America, Minhaj has been a correspondent on The Daily Show with Trevor Noah since 2014, and his standup special, Homecoming King, is now streaming on Netflix.

Earlier this year he hosted the White House Correspondents' Dinner, and Monday he was named to Foreign Policy's "Global Thinkers" list, which claimed that "at a difficult time for Muslims and immigrants in America, Minhaj has found an effective way to describe a side of the United States that its current president ignores and rejects," calling him "the right comedian for the wrong time." 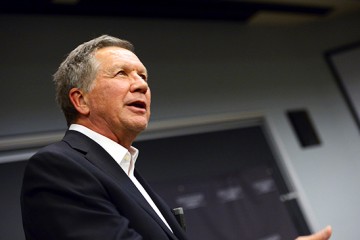 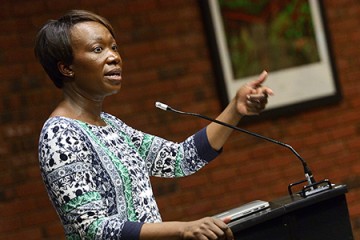 A country divided by fake news