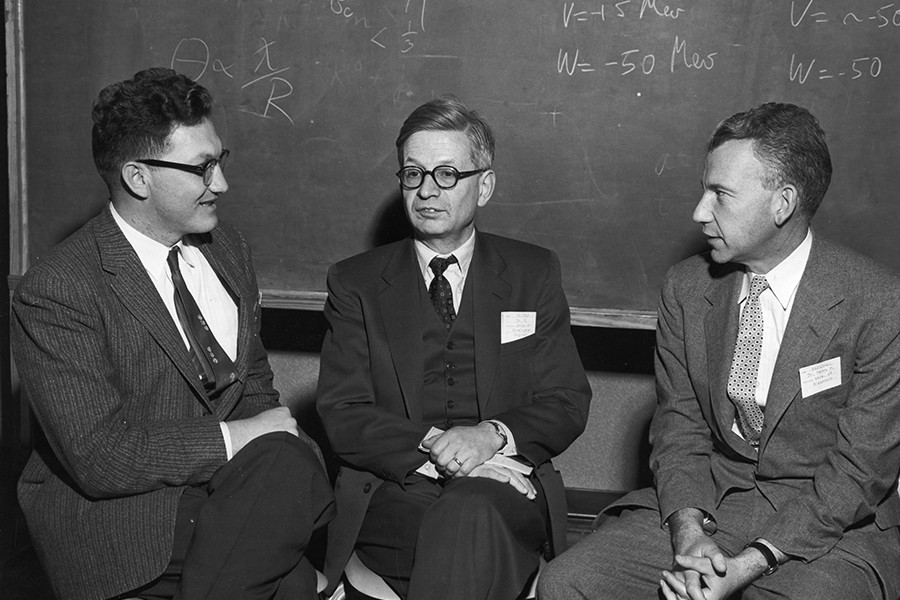 Professor Emeritus Robert E. Green Jr., co-founder of the Department of Materials Science and Engineering and founder of the Center for Nondestructive Evaluation at Johns Hopkins University, died on Nov. 21. He was 85 years old.

Green, who came to Johns Hopkins in 1960, was an expert in techniques used to look for flaws that might lead materials to fail over time. In 1983, he, along with Bob Pond, helped establish the Department of Materials Science and Engineering, which employed five full-time faculty members at the time and had an international reputation based in part on Green's research. The following year, Green established the Center for Nondestructive Evaluation, an interdisciplinary group of academic and industrial partners who work to improve product quality in manufacturing processes and to assure the highest level of reliability for materials, parts, and products. 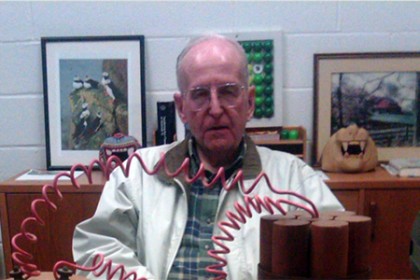 "Today, work in materials science and engineering—through both the department and through the Hopkins Extreme Materials Institute—has become one of Hopkins Engineering's signature strengths, and there is little doubt that the course Bob set for us early on has helped position us for leadership in this important field," said Ed Schlesinger, dean of the Whiting School of Engineering, in an email statement.

Born on a farm in Allegheny County, Virginia, in 1932, Green was raised near the naval shipyards where his father worked as a machinist. At a young age, he knew he wanted to be a scientist when he grew up, but he didn't consider physics until he attended college at William & Mary for his undergraduate degree. He received his bachelor's degree in physics in 1953 and went on to study under Robert Bruce Lindsay, an acoustic physicist, at Brown University, where he received his master's degree in 1956 and his PhD in 1959.

Green considered himself to be an "applied physicist." In an interview with the American Institute of Physics in 2000, he recounted his invitation to join the faculty at Johns Hopkins 40 years earlier: "I received a letter from Johns Hopkins asking me if I wanted to apply for [an] assistant professor position in their mechanical engineering department. And I told them, 'No, I was a physicist, I didn't want to be an engineer, I didn't like engineers,' and they wrote back, 'Wonderful. That's the kind of guy we are looking for.'"

In addition to his research, Green was a dedicated instructor. In the 2000 interview, he said that he felt blessed to have worked with so many "outstanding students" who have gone on to do so well in their individual careers.

Green is survived by his wife, Sydney; two daughters, and three grandchildren. A memorial service will be held at 11:30 a.m. on Saturday, Dec. 2, at Providence United Methodist Church, 1318 Providence Rd. in Towson.