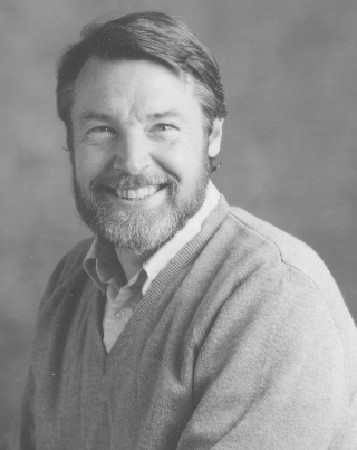 Masson was a national leader in the field of information security, and his research in this area has been widely implemented in commercial and government computer applications. He was an expert in fault tolerant computer systems and a visionary at the forefront of the cybersecurity field.

"The national engineering, computer science, and information security communities will of course remember Gerry as a trailblazer in his field," said Ed Schlesinger, dean of the Whiting School of Engineering where Masson taught. "But here at Johns Hopkins, we also will remember him for his energy, enthusiasm, charisma, and unfailing ability to identify and mentor new talent, from the undergraduate level on. Many of Gerry's former students have gone on to forge impressive careers in academia and industry. In this way, his legacy lives on."

Masson joined the Department of Electrical Engineering at Johns Hopkins in the 1970s. In the mid-1980s, he spearheaded efforts to form an independent Department of Computer Science, serving as the chair of that department for 15 years.

In 2000, he founded the Johns Hopkins University Information Security Institute, now one of the world's leading centers for information security research and education.

"At the time of its founding, the institute was one of the very few in the U.S. dedicated to research and education in cybersecurity," said Anton Dahbura, the current director of JHUISI. "Gerry was at the forefront of what is turning out to be one of the most important computer-related research areas of the early part of the 21st century."

Over his career, Masson mentored nearly 100 graduate and PhD students, including Dahbura.

"He made me feel like more than a student—he treated me as a colleague," Dahbura said. "Gerry's commitment to our work together was, in retrospect, a labor of love, going as far as literally cutting and pasting my theorems and proofs to make a cohesive paper. And by cutting and pasting, I mean with scissors and tape in those days. Gerry gave to me and to the other students under his direct supervision over the years a huge boost into the real world, and for that we will be forever grateful."

Masson earned his bachelor's degree at the Illinois Institute of Technology in 1966. He earned a master's degree in 1968 and PhD in 1971—both in electrical engineering—from Northwestern University.

Last year, the Department of Computer Science recognized Masson's visionary leadership with a series of special events marking 30 years of computing at Johns Hopkins. That celebration included the establishment of the Gerald M. Masson Distinguished Lecture Series, which each year brings four leading computer science researchers to the Homewood campus to talk about important topics in the field.

He is survived by his wife, Betsy; his son, Paul, and daughter-in-law Kris; his daughter, Ella, and son-in-law, Mike, and their four children.

A memorial will be held at the Zamoiski Alumni Center at the Friends School of Baltimore on Jan. 7 at 11 a.m. In lieu of flowers, donations can be made to The Masson Fund at Johns Hopkins University or to the Alzheimer's Association.