In experiments with mice that have a rodent form of Marfan syndrome, Johns Hopkins researchers report that even modestly increasing stress on the animals' hearts—at levels well-tolerated in normal mice—can initiate heart failure. They were also able to reverse heart failure by targeting a particular cellular pathway in heart tissue, perhaps opening the door to a new standard of treatment for children with aggressive forms of the genetic syndrome.

About one in 5,000 people have Marfan syndrome, a disorder that affects connective tissue throughout the body, elongating limbs, fingers, and toes, for example. The disorder also alters the heart's blood vessels and valves. Aortic enlargement, heart valve leaks, and heart failure—marked by heart enlargement and weakened pumping action—are all potentially life-threatening.

Current treatments for heart failure in Marfan patients are limited to complicated surgeries at specialized centers to fix valve leaks, but patients do not always regain heart function as expected.

"There is a small population of children with particularly aggressive and early onset symptoms of Marfan syndrome who show dramatic signs of heart failure with only a relatively modest amount of valve leakage," says Hal Dietz, the world's leading authority on Marfan syndrome. A professor of genetics and medicine and of pediatrics at the Johns Hopkins University School of Medicine, Dietz's research in Marfan syndrome's causes and treatment spans decades.

Studying heart failure in humans with Marfan syndrome is complicated in part because it is unclear whether the genetic defect in heart muscle is itself to blame, or whether stresses on the organ normally tolerated by healthy hearts—such as a modest increase in blood pressure—are present to trigger it, according to Rosanne Rouf, director of the outpatient heart failure program at the Johns Hopkins Bayview Medical Center and assistant professor of medicine at the School of Medicine.

For their study, described in the Journal of Clinical Investigation Insight, the researchers induced stress on the hearts of both wild-type and Marfan mice using a technique called transverse aortic constriction, or TAC, which slightly tightens the aorta of experimental mice, mimicking raised blood pressure and inducing a precisely measureable amount of stress to the heart.

"If we expose Marfan hearts to just slight stress, they are in heart failure within one week, whereas normal mice tolerate this level of stress with no problems."
Rosanne Rouf
Director, Outpatient Heart Failure program

Researchers observed the mice's response to very mild TAC over the course of five weeks. The Marfan mice showed profound heart failure within one week, while the wild-type mice did not fail at all by the end of five weeks.

Using echocardiograms, the researchers observed that the TAC Marfan mouse hearts had dramatically increased in size, a sign of profound heart failure.

"The difference between Marfan mice and healthy mice was striking," Rouf says. "If we expose Marfan hearts to just slight stress, they are in heart failure within one week, whereas normal mice tolerate this level of stress with no problems."

The researchers then studied what was happening within the heart tissue of TAC Marfan mice to induce heart failure. They found that the muscle cells of the heart were becoming enlarged because they were receiving abnormal growth chemical signals from neighboring support cells called fibroblasts, which make up the structural framework of the heart.

By tracking the signals among cells, the researchers found that one of the affected pathways was a protein called transforming growth factor beta, which is believed to be increased in people with Marfan syndrome and the source of many of the condition's symptoms, Dietz says.

Using this knowledge, Rouf and the research team repeated their experiments, but this time introduced drug therapies that inhibited the growth factor's signaling pathway. Specifically, they gave the mice losartan, a drug currently on the market for treating hypertension, and refametinib, an experimental drug in clinical trials for cancer.

The researchers were able to reverse heart failure in all TAC Marfan mice.

The new studies also suggest that drugs such as losartan and the experimental anti-cancer medicine may one day be shown to reverse heart failure in children with the most aggressive form of Marfan. But Dietz emphasized that much more animal and human research would be needed to demonstrate their value. 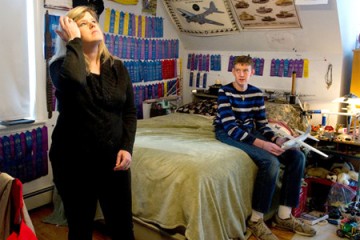 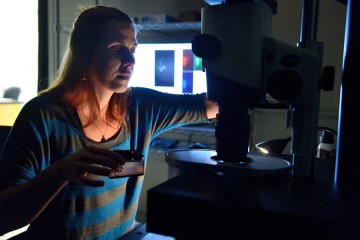