Hopkins doctor makes breakthrough discovery on cause of Marfan syndrome

On Tuesday, the New York Times ran an article on Marfan syndrome, a rare genetic disorder of connective tissue that often results in abnormally long limbs and fingers and causes the aorta to burst. Hal Dietz, professor of genetics and medicine investigator at Johns Hopkins, has been studying the disease for almost 30 years. He is currently the director of the William S. Smilow Center for Marfan Syndrome Research at Johns Hopkins.

"I decided to study genetics," Dietz told the Times, "with the sole incentive to identify the gene for Marfan syndrome and ultimately to understand the mechanism."

Dietz's work has led to major breakthroughs regarding Marfan syndrome. As the Times explains:

[When] researchers first found the mutation, in 1990, it seemed to lead to a dead end. The mutation was in fibrillin-1, a protein in connective tissue, suggesting that the tissue was falling apart because its molecular rivets did not work. And if that was true, Dr. Dietz said, "there was nothing you could do to alter the course of the disease."

Those were "the dark days of Marfan research," Dr. Dietz said. But then he began to question the rivet hypothesis. It did not explain some of Marfan's most notable features: the strikingly long bones of the children's arms, legs and fingers, their deeply set eyes that slanted downward, their flat cheekbones, small chins, extremely low muscle mass and small amount of body fat.

About 10 years ago, he and his colleagues discovered the answer in another protein, T.G.F.-beta, short for transforming growth factor beta, which tells cells how to behave during development and is used in repairing wounds.

The protein's function depends on fibrillin-1, the very protein that is altered in Marfan syndrome. Normally, fibrillin-1 hooks T.G.F.-beta to connective tissue. But in someone with Marfan, the researchers discovered, the fibrillin-1 is defective, and the process goes awry. Instead of attaching to the connective tissue, T.G.F.-beta drifts away from it. Floating free in the bloodstream, it makes cells behave abnormally, leading to many of the problems caused by Marfan, including excessive growth of the aorta.

In short, the rivet model was entirely wrong. "That," Dr. Dietz said, "was one of the few 'aha' moments in my life."

Dietz knew that if Marfan syndrome was to be treated, then he would have to find a way to block the T.G.F-beta function in his patients. As it turned out, losartan, a drug used to treat high blood pressure, did just that. In 2008, Dietz and his colleagues published a paper in the New England Journal of Medicine describing the positive effect losartan had on Marfan patients. As the Times writes, before the patients were given the drug, "their aortas were growing about three and a half millimeters a year; afterward, the rate slowed to half a millimeter a year."

The National Heart, Lung, and Blood Institute has conducted a clinical trial based on Dietz's research. The findings are forthcoming. 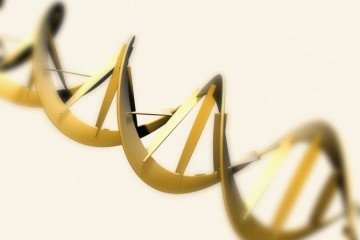 A passion for discovery