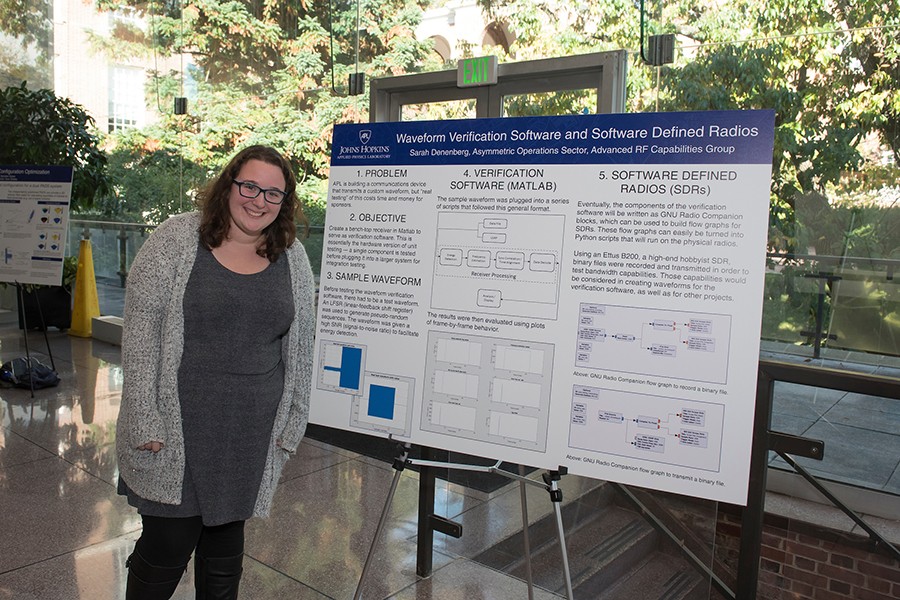 Image caption: Sarah Denenberg was part of the prestigious and highly competitive Research Internships in Science and Engineering program at the Applied Physics Laboratory

Before Sarah Denenberg reported for her first day as a research intern at the Johns Hopkins Applied Physics Laboratory last summer, she had never spent any time in a laboratory.

"All I knew about labs came from 'The Big Bang Theory,'" quipped the junior computer engineering major from Long Island. "Now I know my way around."

Denenberg was at APL as part of the prestigious and highly competitive Research Internships in Science and Engineering program, known as RISE@APL, which gives undergraduate and graduate students the opportunity to spend the summer conducting research—and being paid to do so—under the guidance of APL mentors. Since the program's inception in 2014, RISE scholars have worked on projects such as unmanned secure mobile communications and sensor systems, prosthetic limbs, and neural networks. 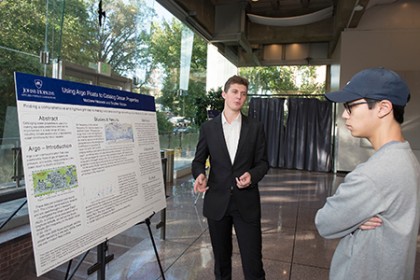 On Monday afternoon at the Glass Pavilion on the Homewood campus, Denenberg joined five of her fellow APL interns and nearly 100 other Hopkins students at the 2018 RISE@APL kick-off event, aimed at encouraging highly qualified undergraduate and graduate students to apply for next summer's slots. Applications are now open, with a deadline of December 31. The event included a poster session, presentations by some of the 2017 interns, and refreshments.

Ed Schlesinger, dean of the Whiting School of Engineering, urged students to take advantage of the opportunities the program offers.

"In the program, you get to work with mentors from APL—one of the country's premier engineering research and development centers—on the most interesting projects," he said. "The opportunities presented are just tremendous." 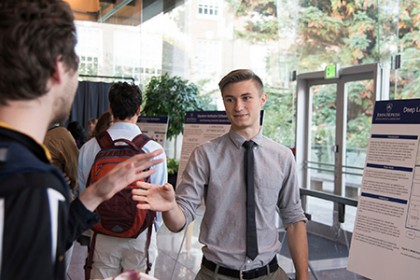 Brandon Duderstadt, a junior applied mathematics major and RISE intern who worked on a project to develop and implement neural networks for simultaneous object tracking, agrees.

"I would highly encourage you guys to apply for this; I had a very positive experience and learned a lot," said Duderstadt, who is graduating in June and has already accepted a job at APL. "My job offer was a direct result of my RISE experience," he added.

Nisita Dutta, a junior chemical and biomolecular engineering major who attended the kick-off event, was excited to hear about what this past summer's RISE scholars experienced as part of the program and plans to apply.

"My research is more on the biological side—I am working in DNA nanotechnology to make chemical computers. But I am also a computational medicine minor, and I know they do biomedical stuff at APL. That interests me," said the New Jersey native. 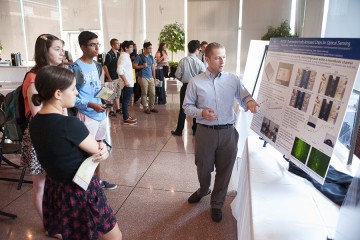 Engineers on the rise