Out of this world: Working on the International Space Station project

I stepped into the D.C. Metro station with a handful of people from the International Space Station Conference. Our conversation paused as we approached a mother struggling to balance a two-seat stroller on the escalator, her toddler son trailing behind. A man from my group offered his hand to the toddler and they rode down the escalator together. As I watched the mother ferry her children into the train car, it struck me that the boy would never know he'd been helped down an escalator by a man who had piloted a spacecraft. 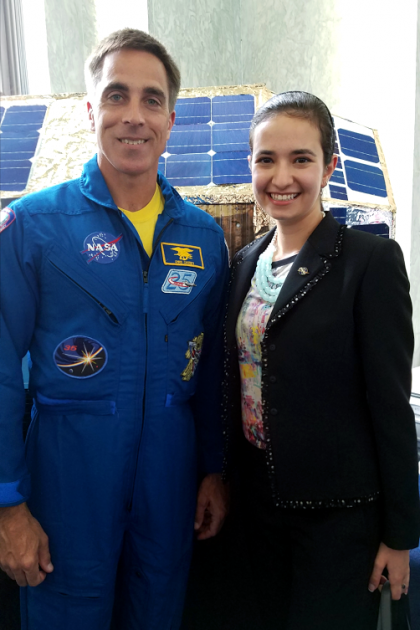 Interning in the International Space Station Division at NASA HQ, I frequently find myself wondering how such accomplished people can remain so humble. I shook hands with a man named Robert who turned out to be the billionaire founder of Bigelow Aerospace, and I sat in the back seat of the NASA director of astrophysics' car as we drove to a lab at the University of Maryland. Once, scanning the crowd at a conference, I noticed Buzz Aldrin had quietly taken a seat at the table next to mine.

As an intern, I have spent my time piecing together a report to Congress on the future of the Space Station. Part of my job is to summarize NASA Inspector General audits of the Space Station program—a task, my coworkers joked, that was bound to send me running from the field of space exploration.

Certainly, the hundreds of pages of reports were not Harry Potter, but they tossed me neck-deep into the fascinating minutiae of the Station program. And, more than budgets, contracts, and operations, I began to see the grander story that it takes a village—truly, thousands upon thousands of the sorts of people who sit at Mission Control in silence at 3:26 a.m. while the crew sleep 400 miles overhead—to build the parts, design the experiments, and write the reports that keep Station thriving.

There is an unspoken acknowledgment here that space is a powerful motivator.

It's one of only a handful of bipartisan endeavors and one of the best-faring agencies amid heavy proposed federal budget cuts for 2018, and the air is thick with genuine camaraderie. No individual soaks up the limelight because space is not an individual pursuit. 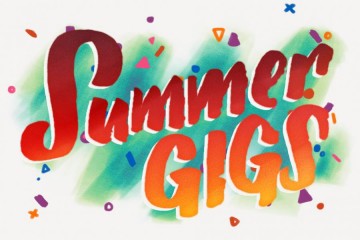 Regardless of what's happening on the ground, on Station, 15 nations including the U.S., Russia, and Japan will forget their differences for the sake of joint exploration. Because of its modest air, the industry has a feeling of inclusivity. Its achievements are worldwide triumphs. Every contribution matters.

What a place to be an intern.

Sophia Porter is a member of the Johns Hopkins University Class of 2019. She is a physics and applied mathematics and statistics double major who is interning this summer for the International Space Station Division of NASA Headquarters in Washington, D.C.