In the midst of the unrest in Baltimore following the death of Freddie Gray in 2015, not many people were thinking about the city's food supply.

But for those city officials and community leaders who knew what to look for, the impacts were troubling: Dozens of food-supplying stores were damaged, looted, or barricaded, and police ordered supermarkets across the city to shut down early. Widespread school closures deprived thousands of Baltimore students of their regular meals.

"It doesn't take a lot to push a family over the edge from hanging in there into food insecurity."
Sarah Buzogany
Food access planner

In the aftermath that summer, the city launched a new effort to improve food access during times of crisis, a two-year process that led to the development of a formal set of policy guidelines and recommendations. The Baltimore Food System Resilience Advisory Report (PDF), released today, highlights risks the city faces from both human-made conflicts and natural disasters, and it lays out a number of long-term strategies for protecting the food supply chain.

The Johns Hopkins Center for a Livable Future developed the report along with the Baltimore Office of Sustainability after speaking with representatives of local food businesses, nonprofits, and community organizations, and by reviewing data on the city's food system.

"It's the first time this has been done with this level of depth and breadth," says Erin Biehl, a senior program coordinator with the Center for a Livable Future who led the research.

The report identifies 14 threats—including extreme weather such as snowstorms and floods, and unnatural hazards such as terrorism and civil unrest—that could potentially cripple Baltimore's food access. Interruptions to transportation routes or the electricity supply, the report warns, could cut residents off from a complex supply chain that includes farms, storage warehouses, and delivery trucks before any food reaches Baltimore's stores and restaurants.

As Biehl notes, the impact of Winter Storm Jonas, which dumped nearly 30 inches of snow on the city in January 2016, brought many of these issues to the forefront.

"A lot of people got to the store and found the shelves were empty and the lines were really long," she says.

The report also emphasizes that many Baltimore residents are already vulnerable to food insecurity, even in the absence of a crisis. One in four residents, for example, lives in an area categorized as a "food desert," and more than 60,000 students depend on free school lunches. In addition, one-third of Baltimoreans don't own a car, meaning a disaster could isolate them further.

"It doesn't take a lot to push a family over the edge from hanging in there into food insecurity," says Sarah Buzogany, a food access planner for the Baltimore Food Policy Initiative who worked on the report.

To address these shortcomings, the new guidelines build off of various city efforts that are already in progress to improve food access, including the Healthy Corner Store Initiative and the Food Desert Retail Strategy.

In addition to surveying local stakeholders, researchers consulted the Maryland Food System Map, a comprehensive online platform the Center for a Livable Future launched in 2012 (and updated this year) to track all aspects of the state's food systems, from livestock farms and carryouts to free meal programs.

"We'd never seen anything like that before," she says, calling it "a new perspective to apply to food systems work" that could become a model for other cities.

The report recommends a range of new approaches for Baltimore, such as developing backup plans for food transport and designating neighborhood centers to store food and serve residents in times of crisis. There's also emphasis on helping local partners—farmers, small businesses, and food assistance programs—with advance training for emergencies.

Ultimately, the recommendations will inform the broader Baltimore Disaster Preparedness Plan, which is scheduled for an update by 2018.

Buzogany says having the food resilience report on hand will allow the city to be less "reactionary" with food emergencies and more focused on planning for the future. 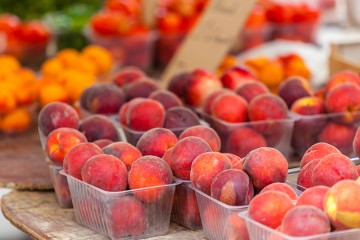 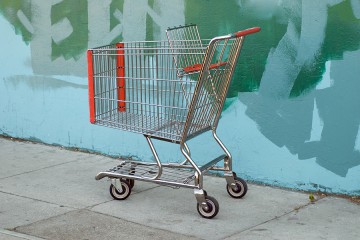 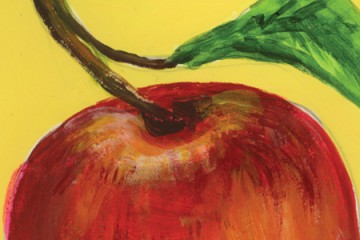