In more than 35 years at Johns Hopkins, she has produced transformative research on injury prevention, recovery 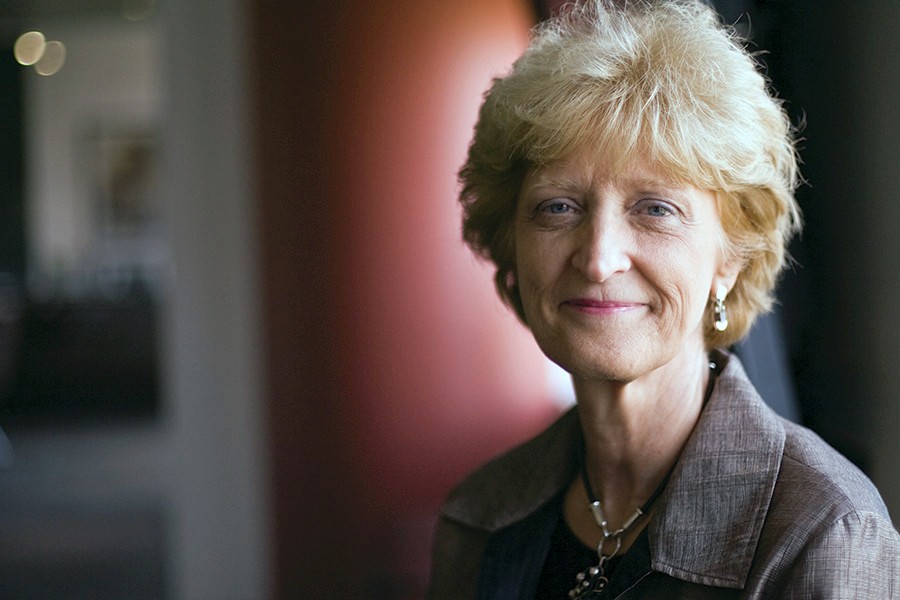 Image caption: Ellen MacKenzie's research focuses on the impact of health services and policies on the short-and long-term consequences of traumatic injury.

Through her years of work on trauma care, Ellen MacKenzie has carved out a unique perch at the intersection of military and civilian health issues.

From this vantage, the Johns Hopkins researcher has been able to appreciate how the two worlds can work together to improve care and quality of life for injured patients.

"No longer is it good enough to heal the bone—the real success comes when patients are returned to a productive and satisfying life."
Ellen MacKenzie
Bloomberg Distinguished Professor

"We have military and civilian providers learning together every day," MacKenzie says of the collaborations and discoveries coming out of METRC, the national research consortium she now heads, "and their work will benefit patients now and well into the future. Lessons can be learned, then transferred."

METRC—short for Major Extremity Trauma and Rehabilitation Consortium—partners more than 50 trauma centers from across the U.S. with major military medical facilities to develop best practices for treating serious limb injuries, whether sustained in combat or every day civilian life. The group launched in 2009 with the Johns Hopkins Bloomberg School of Public Health as its coordinating center.

For MacKenzie, directing this consortium has been a natural progression after decades of research on injuries and their consequences, including groundbreaking studies on limb trauma that continue to guide the orthopedics field. In 2012, the CDC honored her as one of 20 visionaries who have made a transformative effect on injury prevention and control.

In recognition of her interdisciplinary achievements in trauma care, and in support of her continued work in the area, MacKenzie has been named the 30th Bloomberg Distinguished Professor at Johns Hopkins. She will continue her teaching and research with the Department of Health Policy and Management at the Bloomberg School—a department she chaired for 11 years—while building deeper connections with JHU's School of Medicine.

"Emblematic of the ethos behind the Bloomberg Distinguished Professorships, Ellen MacKenzie has blazed new paths throughout her career to solve critical problems," says Sunil Kumar, the university's provost and senior vice president for academic affairs. "Her ability to bring experts together to improve the lives of those who have suffered major injuries is truly laudable. We are thrilled she will continue to expand her work as a Bloomberg Distinguished Professor."

MacKenzie's path to trauma care can be traced back to her foundational interest in numbers. The Long Island native majored in mathematics at Douglass College before diving into the world of biostatistics as a PhD student, then faculty member, at Johns Hopkins in the late 1970s. As a young biostatistician working on several trauma-related projects, MacKenzie noted the lack of data on long-term outcomes for patients—which ultimately led to several studies that would change how surgeons think about successful recovery from injuries.

"No longer is it good enough to heal the bone—the real success comes when patients are returned to a productive and satisfying life," MacKenzie says.

These lessons were underscored in a major NIH-funded study in which MacKenzie and colleagues followed 600 trauma survivors at multiple treatment centers to determine whether and when it's best to amputate or reconstruct a very severely injured leg. Their discovery was surprising: Amputees seemed to fare just as well long-term as patients whose limbs were salvaged.

"We had orthopedic surgeons saying, 'This can't be true, there must be a difference!'" MacKenzie recalls.

But the study, known as LEAP, also concluded that the amputation vs. limb salvage question was less critical for recovery success than psychological factors—like self-efficacy, social support, and early signs of depression and anxiety.

To address these issues, MacKenzie began working more closely with rehabilitation psychologists and trauma patients to develop new types of interventions. Together with Johns Hopkins colleague Stephen Wegener, she helped create PALS, a self-management program for amputees; then NextSteps, an online program more broadly addressing concerns of trauma survivors. The latter is now part of the Trauma Survivors Network that MacKenzie and colleagues developed with the American Trauma Society.

As the LEAP findings continued to make waves over the years—yielding more than 35 scientific publications and earning MacKenzie's team an award from the American Academy of Orthopaedic Surgeons—the military took interest. A new study focusing specifically on military patients turned up contradictory new evidence, finding that amputees fared better in recovery than did veterans with salvaged limbs.

That study ultimately formed the foundation for METRC—which, under MacKenzie's leadership, has garnered more than $100 million in grant funding from the U.S. Department of Defense and other sources, and is now coordinating more than 20 research projects. The research spans a range of injury care topics, from preventing infections and reducing post-traumatic stress to optimizing physical therapy. One study, the Trauma Collaborative Care Intervention, builds off MacKenzie's earlier research to motivate patients to engage early in self-managing their recovery.

MacKenzie describes the consortium's approach as cross-disciplinary, even beyond the military and civilian overlap.

"We're working with orthopedic surgeons, rehabilitation specialists, statisticians, epidemiologists," she says. "The strength of the work we've done is bringing those teams together."

In addition to her work on limb trauma, MacKenzie—a former director of the Johns Hopkins Center for Injury Research and Policy—is known for co-authoring The Cost of Injury in the United States (1989), a work that helped define injury as a major public health problem. She also steered a major national study showing better survival outcomes from trauma centers as compared to non-trauma centers, highlighting barriers to access to specialized care.

In her new role as a Bloomberg Distinguished Professor, MacKenzie envisions working with colleagues to establish a new research center at Johns Hopkins focused on musculoskeletal injuries and recovery, while working more broadly, she says, to promote an environment for musculoskeletal care where "evidence continually informs practice and practice informs evidence."

"We look forward to her fostering even greater collaborations in clinical research and in improving patient outcomes related to musculoskeletal disease and injury," wrote Michael J. Klag, dean of the Bloomberg School; and Paul B. Rothman, dean of medical faculty at Johns Hopkins Medicine, in a letter to colleagues.

MacKenzie joins a cohort of 30 Bloomberg Distinguished Professors at Johns Hopkins, an interdisciplinary group of scholars who are working to address major world problems. The program is backed by a $350 million gift from Johns Hopkins alumnus, philanthropist, and three-term New York City Mayor Michael R. Bloomberg. 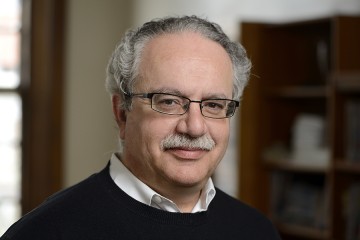 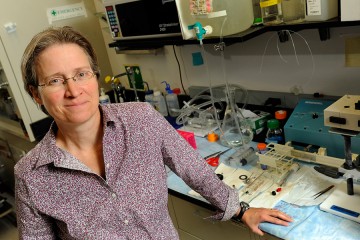