Engineer, applied mathematician has spent the past 30 years on the faculty at Princeton 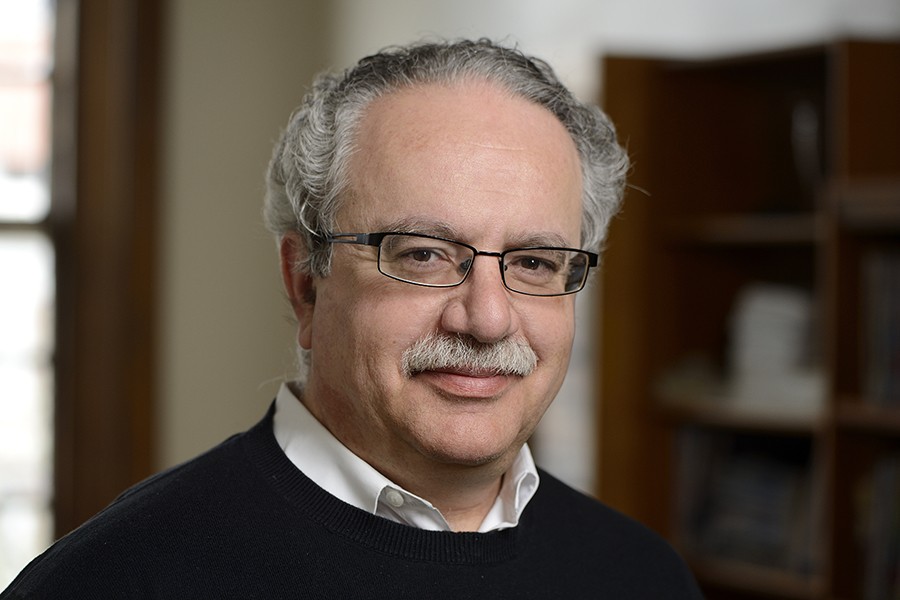 Engineer and applied mathematician Ioannis Kevrekidis has developed computer models that aided scientists in studies of how clusters of neurons synchronize, the swarming patterns of insects, the development of bubbles in fluidized reactors, and the phenomenon of urban sprawl.

In all, Kevrekidis, an expert in modeling and dynamic behavior of complex systems, has contributed to more than 300 papers and studies published in peer-reviewed journals.

"Dr. Kevrekidis is a ... scientific leader whose innovative work combining large-scale data mining and analytics with mathematical and computer modeling has opened the doors to new opportunities in health care."
Paul B. Rothman
Dean, School of Medicine

In discussions with the Whiting School, Kevrekidis described mathematical and computational modeling as a bridge that unites engineering with other scientific disciplines.

"The construction of such models is at the same time a science and an art," he said. "The critical analysis of the mechanisms that play a role in a phenomenon, and the judicious choice of working assumptions and of the expectations we have from a mathematical model, are crucial for what we can learn from using it. Obtaining predictive dynamical equations from observational and experimental data lies at the heart of science and engineering modeling, and is the linchpin of our technology."

Kevrekidis is the 29th Bloomberg Distinguished Professor appointed across Johns Hopkins, joining this interdisciplinary cohort of scholars who are working to address major world problems and teach the next generation. The program is backed by a $350 million gift from Johns Hopkins alumnus, philanthropist, and three-term New York City Mayor Michael R. Bloomberg.

At Hopkins, Kevrekidis will develop computer models that utilize a novel, "equation-free" approach that incorporate data mining and machine learning techniques to apply motion observed in small space-time scales to events and systems on larger scales. His work will help oncologists in the School of Medicine study how cancer cells move and interact with other cells. He will also help scientists analyze outcomes for patients in the Prostate Cancer Precision Medicine Center of Excellence.

"In addition to being a standout educator, Dr. Kevrekidis is also a prominent scientific leader whose innovative work combining large-scale data mining and analytics with mathematical and computer modeling has opened the doors to new opportunities in health care," says Paul B. Rothman, dean of medical faculty at the Johns Hopkins School of Medicine. "We are proud and excited to welcome him to Johns Hopkins."

Kevrekidis will teach courses on quantitative and data-driven dynamic computer modeling at both the graduate and undergraduate level in the School of Engineering.

"Dr. Kevrekidis' appointment in the Department of Chemical and Biomolecular Engineering will expand the department's reach in critical fields, including algorithms, big data, and computer-assisted modeling of complex dynamic systems," says Ed Schlesinger, dean of the Whiting School. "His recent election to the Academy of Arts and Sciences speaks to the significance of his pioneering work, which connects disciplines across engineering and sciences, and which I know will enable new and productive collaborations for the Whiting School."

Born in Athens, Greece in 1959, Kevrekidis received his undergraduate degree from the National Technical University in Athens before moving to the United States, where he received his master's degree and doctorate from the University of Minnesota.

Kevrekidis says his whole family is looking forward to beginning a new life in Baltimore. He comes to Baltimore with his seven-year-old daughter Domna—who has already found a school she likes in Baltimore—and his wife, Stavroula Sofou, who will also be joining the Department of Chemical and Biomolecular Engineering this summer.

"We look forward to welcoming Drs. Kevrekidis and Sofou to the Johns Hopkins community this summer," says Sunil Kumar, the university's provost and senior vice president for academic affairs. "Ioannis's expertise in modeling has the potential to create and deepen collaborations across a range of fields. It's an exciting moment for these schools and the BDP program."