Ten startups, including eight with direct Hopkins connections, wrap up their participation in six-month accelerator program

A Baltimore mother's solution for keeping babies safe in their sleep won $25,000 in funding Tuesday night through the Johns Hopkins Social Innovation Lab. 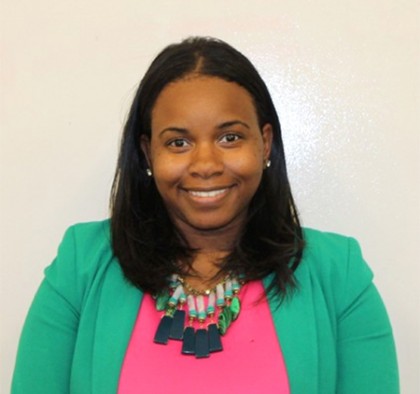 Shantell Roberts took the top prize in the group of 10 startups participating in the accelerator program with her idea for the PAC, short for Portable Alternative Crib. It's a lightweight box designed to keep babies well-positioned for safe sleep, as a means of preventing Sudden Infant Death Syndrome. The crib, with a thin mattress at its bottom, is also stocked with other essential care items for mothers such as diapers and swaddling blankets.

The idea was rooted in personal tragedy, after Roberts lost her infant daughter in 2011 from MRSA pneumonia. The 31-year-old, who has a 4-year-old son, is now an advocate for maternal and child health. She makes in-home visits to Baltimore mothers through the B'More for Healthy Babies Safe Sleep Initiative, and she runs a nonprofit, Touching Young Lives.

Wanting to go further with solutions, Roberts started reading about "safe sleep baby boxes" and learned more about the Finnish-born model through a doctor at Temple University. The boxes, which are becoming more popular in the U.S., are seen as a cheap and effective measure for protecting infants.

Roberts brought the concept to the Social Innovation Lab last fall, when she was accepted into the program along with nine other early-stage ventures.

The six-month program, part of JHU's Technology Ventures, provides mentoring, workshops, office space, and $1,000 in funds for the budding startups. Since 2011, the lab has supported 62 ventures that have gone on to raise more than $13 million and hire more than 269 employees.

The forum Tuesday night served as a grand finale for this year's cohort of entrepreneurs—a full list can be found at the end of this article—who are cooking up a range of ideas for new apps, community-serving nonprofits, and medical innovations.

Social Innovation Lab director Darius Graham noted that the majority of teams are mobilizing to address problems in Baltimore, focusing on health or education. Each of the entrepreneurs, Graham said, "had personally experienced a problem" and are working on "a measurable impact on that problem."

One example is Beacon Tech, developed by Johns Hopkins Whiting School of Engineering alum Ravi Shah after he witnessed a friend's slide into suicidal depression. He saw how group therapy helped his friend cope and thought it made sense to take that approach online—in an anonymous setting, to afford privacy.

But then a new obstacle appeared: online trolls, who could become "toxic or malicious," Shah said. So he developed artificial intelligence technology to root out offensive content. It's sophisticated enough to find subtleties like sarcasm, and it flags human moderators.

The Beacon startup is one of eight in the cohort with direct connections to Johns Hopkins. But the Social Innovation Lab last year chose to open up the program beyond the university, so four ventures in this round are from the broader Baltimore community—including that of Roberts, an 2008 Stevenson University grad.

The entrepreneurs themselves selected Roberts as the winner through a peer review process in which they scored each other throughout the program. The revelation of those scores, though, was a surprise Tuesday.

The $25,000 will go a long way toward helping Roberts meet her goal of distributing 100 baby boxes in the near future. PAC will sell the boxes for $150, with each payment intended to fund another free box for families in need.

In addition to PAC and Beacon Tech, the startups from this year's Social Innovation Lab cohort are: 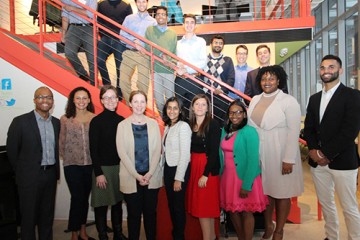 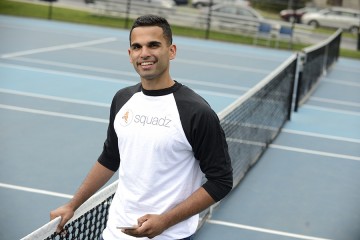