For many at Johns Hopkins, the defense of science is a cause they can rally behind 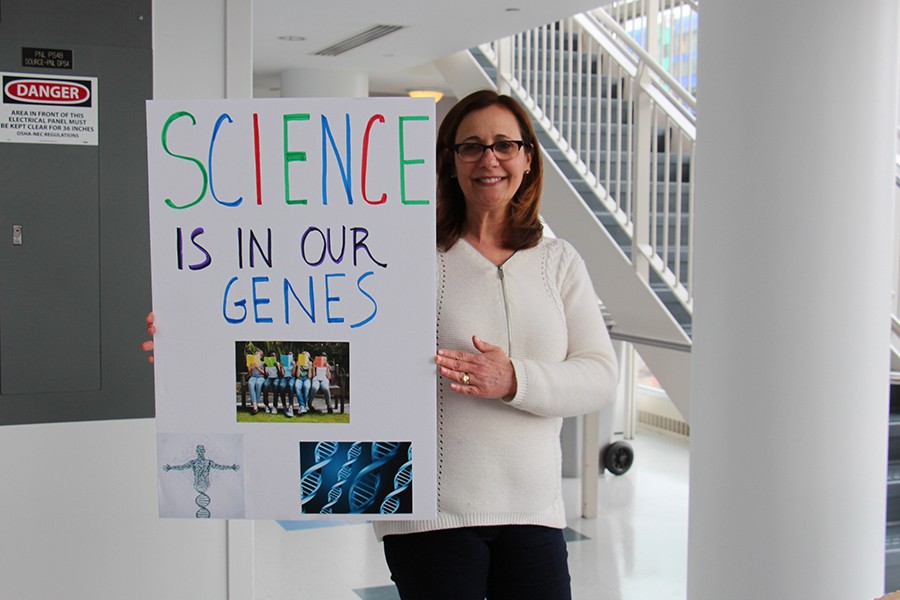 Image caption: Robin Carlson, administrative manager for the immunology program at the Johns Hopkins School of Medicine, holds a poster she plans to carry at the March for Science

When Johns Hopkins oncologist Drew Pardoll first heard about the plans for Saturday's March for Science in Washington, D.C., he knew immediately that he wanted to rent a bus for the event.

Though an invitation to speak at an academic conference in China will prevent Pardoll—director of the Bloomberg-Kimmel Institute for Cancer Immunotherapy—from attending himself, he personally paid for two buses to transport more than 100 colleagues and their guests to the rally.

"I see a lot of politicization of science—science appearing in narrow ways within the popular press and political discussions. An event like this is an opportunity to demonstrate the broader impact that science has in everyone's life."
Greg Hager
JHU computer scientist

Neuroscientist Susan Courtney will also participate—though her drive into D.C. will start with a detour to Baltimore's National Aquarium, where she'll drop off her son for summer internship training. Courtney plans to march with members of the American Psychological Association, an advocacy group that lobbies for NIH funding and for awareness of mental health issues.

The sizable contingent of students, faculty, and staff making their way to the March for Science represent a diverse cross-section of the Johns Hopkins University community. They hail from various fields of research—not just STEM disciplines—but all are drawn to the event's stated, nonpartisan mission: to "defend the vital role science plays in our health, safety, economies, and governments."

The cause resonates with many at Hopkins, America's first research university and a place where science is integral to its mission to bring the benefits of discovery to the world. For each of the past 37 years, JHU has led U.S. universities in research and development spending.

Greg Hager, a professor in JHU's Department of Computer Science, said he plans to march in response to what he sees as the polarizing ways in which science is discussed—and sometimes misrepresented.

"I see a lot of politicization of science—science appearing in narrow ways within the popular press and political discussions," he said. "An event like this is an opportunity to demonstrate the broader impact that science has in everyone's life. 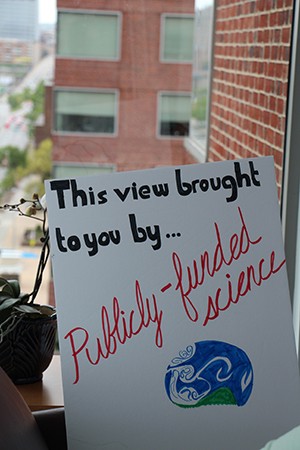 "It was science that has supported the agricultural revolution that makes it possible to feed the nation; it's science that's advancing any manner of technology making cars safer and more efficient; it's science that's advancing health care and making it possible to understand cancer and find new treatments that can remediate or even potentially cure cancer. This is really an opportunity to step back from the headlines of the day and see the many ways citizens benefit from science."

Hager said he hopes the march will help raise awareness about the importance of scientific research and how federal support has changed in recent years.

"If we're not funding young scientists now, we won't be in a position to have as robust a science community in 10 or 20 years," he said.

"President Trump [has proposed] massive cuts for scientific programs like the EPA and the National Institutes of Health in favor of funding the border wall or unnecessarily increasing military spending," he said. "... It's almost a fundamental rejection of truth and the scientific method."

Rachel Rudinger, a graduate student in computer science, said she was inspired to march to support climate science and to oppose cuts to federal research funding.

"I believe the role scientists have to play is not just to do science in a vacuum," she said, "but to stand up for it when it's under attack." 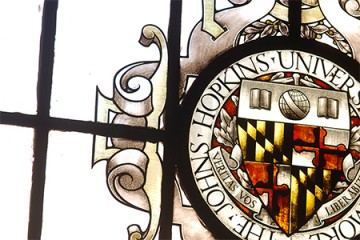 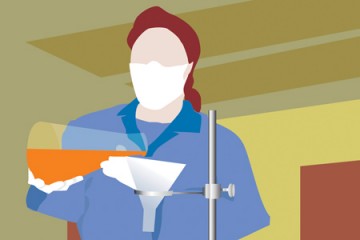