In a commentary published today in The Wall Street Journal, Ronald J. Daniels, president of Johns Hopkins University, and Paul B. Rothman, CEO of Johns Hopkins Medicine and dean of the Johns Hopkins School of Medicine, examine the dwindling number of grants being awarded to young scientists and explain why we should be concerned. 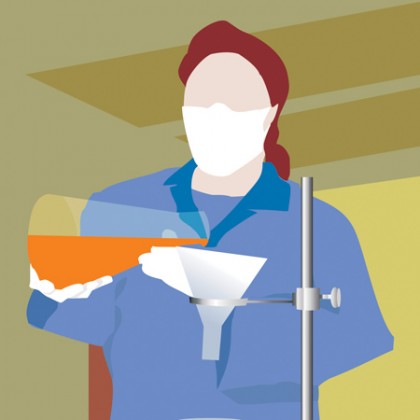 The article, titled "How to Reverse the Graying of Scientific Research," describes some troubling trends: According to the NIH, between 1980 and 2012, the share of research funding going to scientists under age 35 fell from 5.6% to 1.3%. And in a similar span, from 1983 to 2010, the number of R01 grants—"a highly competitive, peer-reviewed grant that supports independent, investigator-driven science"—awarded to researchers under age 36 fell from 18% to 3%.

"Considering that many of the most significant scientific breakthroughs were made by the 36-and-younger set—from Albert Einstein developing his special theory of relativity at 26 to James Watson at 25 and Francis Crick at 36 discovering the DNA double helix—we deprive young scientists of funding at our peril," Daniels and Rothman write.

There are a number of factors, they say: The amount of time needed to complete doctoral and postdoctoral programs, the technical requirements of grant applications, a review system structure that favors established researchers, and a reticence on the part of NIH and others to award increasingly scarce research funds to new scientists or risky proposals. But, they add, "history has shown that it is often the youngest scientists who defy orthodoxy and shatter paradigms."

Daniels and Rothman suggest three solutions: Restore the nation's commitment to funding research (NIH purchasing power has dropped by more than 20% in the past decade, they say); re-examine the grant review process to reduce the advantage of experience; and alleviate the pressures that steer R01 funding away from young investigators.

Other countries, including South Korea, Sweden and Israel, are pulling ahead of the U.S. in research and development investment as a percentage of GDP. These same countries are surpassing us in particular in their commitment to the next generation of scientists. China recently issued a strategic plan to build its science and technology workforce by cultivating 3,000 of the most talented young scientists over the next 10 years.

We will put our nation at risk if we fail to make a comparable commitment. If we miss out on investing in the next generation of scientists, we will miss out on their discoveries as well—and the benefits we all reap in improved drugs, technologies and jobs. 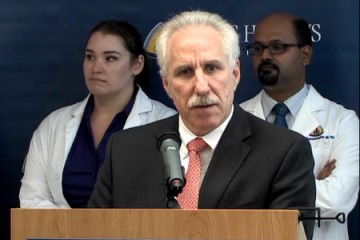