Federal budget cuts proposed by the Trump administration would threaten critical biomedical research at Johns Hopkins and at research institutions across the country, limit access to higher education, and ultimately put at risk "the long-term health of the nation," Johns Hopkins University President Ronald J. Daniels said in a statement released today.

Daniels joined leaders from JHU and beyond in stressing that the budget plan proposed Thursday by President Trump—which includes sharp increases in military spending but overall represents the most wide-ranging reduction in federal programs in more than half a century—would have significant, wide-ranging, and ultimately damaging effects.

"By so many measures—from well-being to economic growth—these cuts risk not the health of our people, but the long-term health of the nation."
Ronald J. Daniels
Johns Hopkins University president

Trump's budget, which ultimately must be approved by Congress, cuts funding for the National Institutes of Health by $5.8 billion, or nearly 20 percent. It also includes deep cuts to some aid programs for low-income students, work-study programs, and international educational exchange programs.

"This proposed reduction in the nation's support for vital scientific research is of grave concern," Daniels said. "These cuts, including an unprecedented and draconian cut to the NIH, will seriously impair the mission of our researchers to create cures, prevent disease, and open opportunities for those we serve to live healthy, productive lives. They are an affront to the values of bold exploration, optimism, and service to the world that have defined this country—and its great institutions."

Johns Hopkins has led U.S. universities in research and development spending for 37 consecutive years. In fiscal year 2015, the most recent year for which data is available, JHU put a record $2.306 billion—including $1.993 billion in federal funding—into projects that cure disease, promote human health, advance technology, and expand knowledge of the universe and ourselves.

Daniels has been a vocal advocate for the critical importance of continued national investment in research and development. He has long cautioned that declining funding for young investigators, in particular, poses grave risks for the future of science.

Paul Rothman, dean of the medical faculty at JHU and CEO of Johns Hopkins Medicine, also made a statement Friday about the extraordinary value of continued investment in scientific research.

"In this era of unrivaled opportunity for biomedical discovery, it would be tragic to take our foot off the gas now," Rothman said. "By stalling innovation at research universities, these proposed NIH cuts would imperil tomorrow's patients, who stand to benefit so profoundly from the advances being made in our labs and clinics every day. Now is the time to accelerate our investment, not let up."

Michael Klag, dean of the Johns Hopkins Bloomberg School of Public Health, echoed those same sentiments in his own message, sent Thursday.

"These proposed cuts are the antithesis of 'making America great,'" he said. "They would be devastating for biomedical research in the United States, but, more importantly, for the health of persons in the U.S. and around the world. They would prevent the continued development of life-saving vaccines to prevent disease and strategies to lower maternal and child mortality as well as attack the epidemic of non-communicable diseases—cardiovascular disease, cancer, injuries—that are killing the majority of people around the world."

Trump's budget proposal also calls for a reduction in Department of Education funding of about $9.2 billion, or approximately 13.5 percent, with higher education aid programs absorbing a significant portion of the impact. This includes cuts to federal work-study aid; the elimination of support for the Federal Supplemental Educational Opportunity Grant, or FSEOG, for undergraduates with exceptional financial need; and reduced funding for college-access programs that help low-income students prepare for college.

The plan keeps funding for the Pell Grant program for low-income students at the same level, though it does so by taking $3.9 billion from the program's $10.6 billion surplus. Representatives of college and university groups and advocates for college access said Thursday that dipping into the surplus would jeopardize the program's long-term stability.

Daniels—who, along with his wife, Joanne Rosen, recently established a $1 million financial aid endowment at Johns Hopkins for undergraduates who are among the first in their families to attend college—voiced concerns about any cuts that would curtail college access.

"The proposed cuts would affect access to higher education for millions of Americans," Daniels said. "At a time when other nations are investing significantly in research and development, we stand to lose a generation of innovative science and the next generation of scientific minds.

"By so many measures—from well-being to economic growth—these cuts risk not only the health of our people, but the long-term health of the nation. We ask our nation's leaders to work together to chart a path forward that assures a safe, strong future for us all." 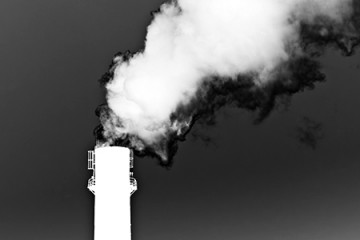