Johns Hopkins University materials scientist Rebekka Klausen is one of 126 scientists to receive a 2017 Sloan Research Fellowship and accompanying $60,000 award. 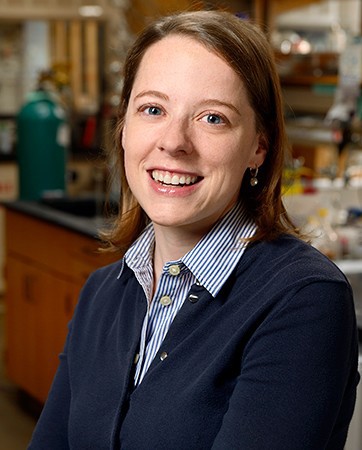 The two-year fellowship, founded in 1955 by the Alfred P. Sloan Foundation, recognizes scientists early in their careers who show promise in making significant contributions to their fields. Sloan Research Fellows have gone on to win 43 Nobel Prizes and 69 National Medals of Science.

"I'm honored and appreciative for the recognition," said Klausen, an assistant professor in the university's Department of Chemistry. "I'm delighted to be included among the prestigious ranks of the Sloan Fellows."

Klausen joined Johns Hopkins in 2013 after completing post-doctoral work at Columbia University. She earned her doctorate at Harvard University.

Her work centers on what she calls the intersection of synthetic chemistry and materials chemistry.

"We develop the chemistry to design and make—with atomic precision—functional carbon- and silicon-based, energy-relevant materials for next generation electronics," she sayid. "Our work looks a little bit like alchemy—it's a lot of flasks bubbling with colorful chemical reactions."

In 2015 she received a $750,000 Early Career Research Program award from the U.S. Department of Energy for her work with silicon, a chemical element used to produce the semiconductors that power computers.

"Silicon is what is in computer chips and the material in high-performance solar cells," she said. "Historically, technological progress has depended on shrinking the size of those functional units. The smaller they are, the more of them you can have in your device."

Her current work may wind up in the technology of the future. In the meantime, she said, the Sloan Fellowship funds will help her team to establish their long-term research projects. 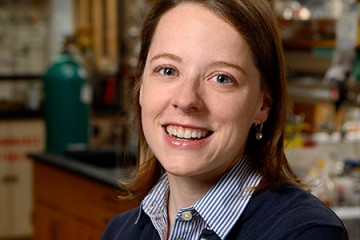