Nancy Norris-Kniffin, director emerita of the Master of Liberal Arts program at Johns Hopkins University's Krieger School of Arts and Sciences, died Feb. 13 of cancer. She was 77. 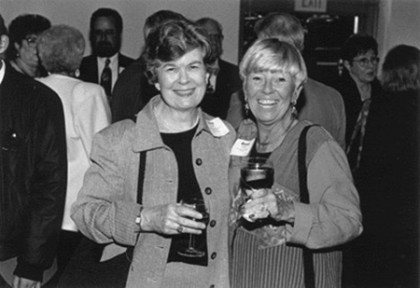 Norris-Kniffin had been teaching in the MLA program when she was named director in 1986, a post she held until 2000. She specialized in Southern literature with particular emphasis on authors William Faulkner and Flannery O'Connor. Other topics for her courses included the American short story, evil in literature, and modern Irish literature.

Alumni and colleagues from the MLA program remember Norris-Kniffin's dedication to Johns Hopkins and to its MLA program.

"Under Nancy's skillful leadership, the MLA at Johns Hopkins was a vibrant symbol of the value and power of the liberal arts," says Mary Kay Galotto, who graduated from the MLA program in 1973 and who now directs the Osher Institute for Lifelong Learning, where Norris-Kniffin also taught. "She brought decades of grateful students new insight and appreciation of 20th-century literary voices, from Ibsen and Chekov to her beloved Faulkner."

George Scheper, an instructor in the MLA program and former director of Johns Hopkins' Odyssey program, said Norris-Kniffin ran a "tight ship" as an administrator while maintaining her passion for teaching.

"She had a deep commitment to the passions of other MLA instructors," he said, "and we were always encouraged to propose and offer the widest variety of courses."

Norris-Kniffin was married to the late Hazen Kniffin, a retired psychiatrist, who died in January 2016. The couple lived at Roland Park Place. She is survived by a niece and a nephew.

Established in 1962, the Johns Hopkins Master of Liberal Arts program is now part of the Krieger School's Advanced Academic Programs. It draws faculty from a large number of programs and departments at Johns Hopkins and other institutions. MLA students select from a wide range of courses to broaden and deepen their intellectual, professional, and personal interests in the liberal arts.