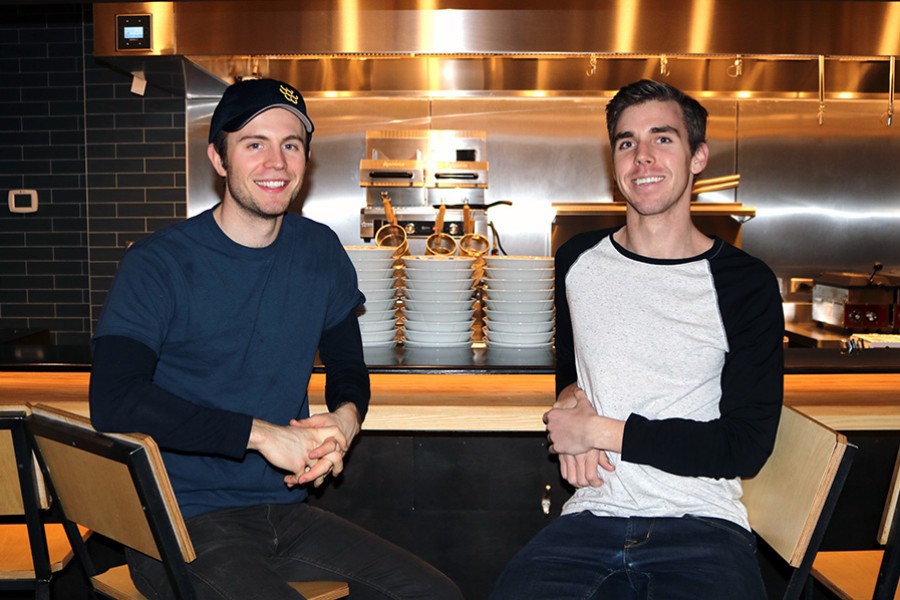 David Forster grew up in Tokyo, Japan. From the age of 6, he learned the Japanese language and experienced its culture, including the quintessential comfort food, ramen.

By the time he graduated from Johns Hopkins University, Forster was more focused on Japanese cuisine than his declared major, applied mathematics.

"I thought there was a really big opportunity for the comfort foods that I ate growing up to be close to campus."
David Forster, owner

"I was upset with the lack of quality Japanese food options," Forster said. "I thought there was a really big opportunity for the comfort foods that I ate growing up to be close to campus."

Forster met his junior and senior year roommate, Andrew Townson. They shared a passion for food. But after graduation, they headed to opposite coasts. Townson moved to Los Angeles to work in the film industry, and Forster moved to New York City to work toward his culinary goals.

In New York, Forster worked in various ramen shops—two of three he helped to open. He also learned from the well-known ramen chef, Shigetoshi Nakamura.

The fast-casual ramen shop will feature Japanese comfort food made with locally sourced ingredients and an environment that promotes learning, togetherness, and high-quality cuisine and service, Forster and Townson said.

"We want to encourage people to come and sit down for a meal. Other types of fast-casual restaurants don't necessarily [do] that," said Townson, who returned to Baltimore to serve as manager at PekoPeko. "Sharing a meal with someone is so important, and it doesn't take that long." 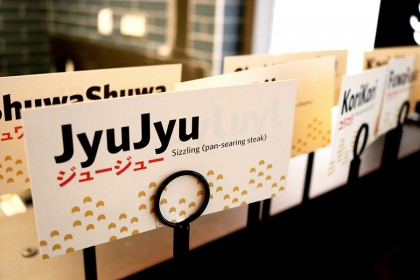 Image caption: The restaurant's table cards have various Japanese sound expressions. This is one of the many ways PekoPeko intends to provide a learning experience for its customers.

Cathie Bryant, vice president of asset management at Beatty Development Group, which manages the 9 East 33rd property, said the company wanted the building's restaurants to be local or homegrown, to have open kitchens, and to use high-quality ingredients. PekoPeko Ramen, she said, has it all.

"What really impressed us with David was that he had this great background living in Japan and had this experience working in New York City restaurants," Bryant said. "The icing on the cake: He went to Hopkins. That's why we thought it would be a home run."

Forster serves as the restaurant's owner and executive chef. His experience working with Nakamura inspired some of the ramen shop's style and menu.

PekoPeko will offer appetizers or small plates, rice bowls, and ramen. All food items will be non-fried, and there will be options for vegetarians and vegans. Though Japanese culture categorizes ramen as a comfort food, it is light and healthy, Forster said. PekoPeko will also be BYOB (wine, beer, and sake are welcome, but no hard alcohol).

The restaurant will be open Tuesdays through Sundays from 5 p.m. to midnight. Forster said these hours would appeal to students looking for late-night, quality food.

"Ramen is a really great food for a college demographic," he said. "It's fast. It's causal. It's fun."

PekoPeko will be a tip-less and cashless establishment, but all major debit or credit cards and Apple Pay will be accepted.

Both Townson and Forster said that Johns Hopkins played a unique role in their path to opening a restaurant.

Forster said that problem-solving skills gained in his major taught him to overcome challenges. And, had he not come to Johns Hopkins, Forster may not have had the courage to open a ramen shop.

For Townson, JHU's role was untraditional but necessary.

"[The university] introduced me to the city of Baltimore. … The food scene is really up and coming in ways that only a small, growing city with a lot of heart and character can be," he said.

"It's also where David and I met, so it was pretty instrumental in that sense," added Townson. "We tried to get off campus a fair amount to explore the city's restaurants while we were students and even made it a goal to find the best burger in the city. I think we've settled on one, but that's a conversation for another time."

Andrew Townson's role was misstated in an earlier version of this article. The Hub regrets the error. 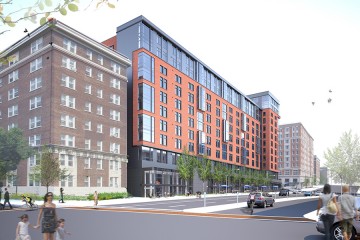