Even before he was elected, academics were clamoring to dissect the rise of Donald Trump. Johns Hopkins historian N.D.B. Connolly helped steer one such effort this summer, resulting in the "Trump Syllabus 2.0". 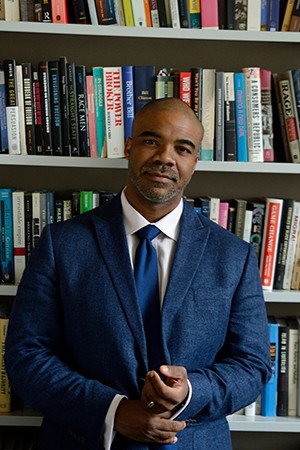 The vast, crowd-sourced reading list explores the roots of American culture that produced "Trumpism"—which the authors define as "personal and political gain marred by intolerance, derived from wealth, and rooted in the history of segregation, sexism, and exploitation."

Post-election, the syllabus has gone viral. It's the most widely read article the online journal Public Books has ever published. Various professors are drawing from the document for their teaching, and a Princeton University bookstore is distributing hard copies, according to Connolly.

Connolly, the Herbert Baxter Adams Associate Professor of History at Hopkins, assembled the list back in June along with Keisha Blain, a history professor at the University of Iowa, based on hundreds of suggestions from scholars on social media.

The exercise took its cue from the recent academic movement—Connolly calls it "#syllabus"—to brainstorm reading lists to respond to significant cultural phenomena or current events. Other examples have included #fergusonsyllabus, #charlestonsyllabus #blacklivesmattersyllabus, and #standingrocksyllabus.

In this case, the scholars were jumping off from an earlier "Trump 101" syllabus published by The Chronicle of Higher Education, which many faulted for its myopic focus on the scholarship of white men. Some also noted the absence of the crowd-sourcing spirit that defined earlier #syllabus efforts.

"This is the beauty of social media. It's almost like having an academic conference in real time—the kind of expertise you have at your fingertips."
N.D.B. Connolly

Blain and Connolly, along with the African American Intellectual History Society, led the call for revisions. The Chronicle ultimately appended a note of apology to its syllabus, recognizing its omissions as "offensive."

But, as Connolly said in an interview this week, "It's not enough to just throw stones. You really have to provide alternatives."

The "Trump Syllabus 2.0" explores the now president-elect's antecedents through topics such as slavery, Islamophobia, immigration, misogyny, mass incarceration, 9/11, Tea Party politics, Ronald Reagan—and the list goes on. A sampling of its titles include Women, Race and Class by Angela Davis (1981); How Does it Feel to Be a Problem?: Being Young and Arab in America, by Moustafa Bayoumi (2009); and American Slavery, American Freedom by Edmund S. Morgan (1975).

To Connolly, the most essential works on the list are Black Reconstruction in America by W. E. B. Du Bois from 1935—"one of the most definitive treatments of the kind of backlash that spawned the Trump presidency," he said—and Stuart Hall's 1985 essay "Authoritarian Populism." The latter, he said "cuts to the core" of a cornerstone of Trump's campaign: an "emphasis on 'law and order' as a credible state response to economic inequality."

When Public Books asked them to compile the syllabus, Connolly and Blain already had plenty of suggestions to work with from their colleagues. Connolly said his own Facebook feed includes many fellow historians.

"This is the beauty of social media," he said. "It's almost like having an academic conference in real time—the kind of expertise you have at your fingertips. It's fundamentally changed how you do this kind of intellectual work."

Six months after the syllabus' release, as Trump heads into the White House, Connolly said some appropriate additions to the list might include readings on the electoral college system and Gary Young's "How Trump Took Middle America" from The Guardian.

In terms of practical application, Connolly said he's heard from a few professors who are using elements of the syllabus for their own courses, including one at the College of Wooster. Meanwhile, the African American Intellectual History Society has posted a variety of assignment ideas for potential classroom use. Down the line, Connolly said, he might end up teaching a course on Donald Trump's America himself.

"Universities of every tier seem to find value in the document," he said. "I'm extraordinarily heartened by the power of social media to bring intellectual work to the public and public debates to intellectuals." 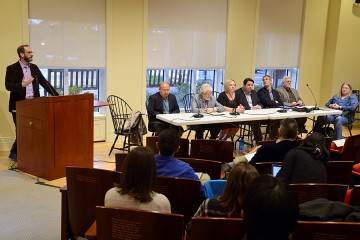 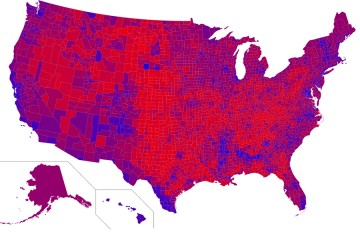 How the polls got it wrong 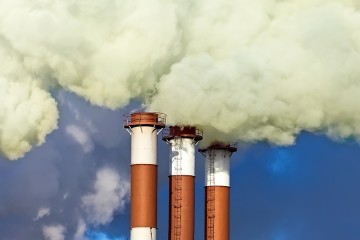