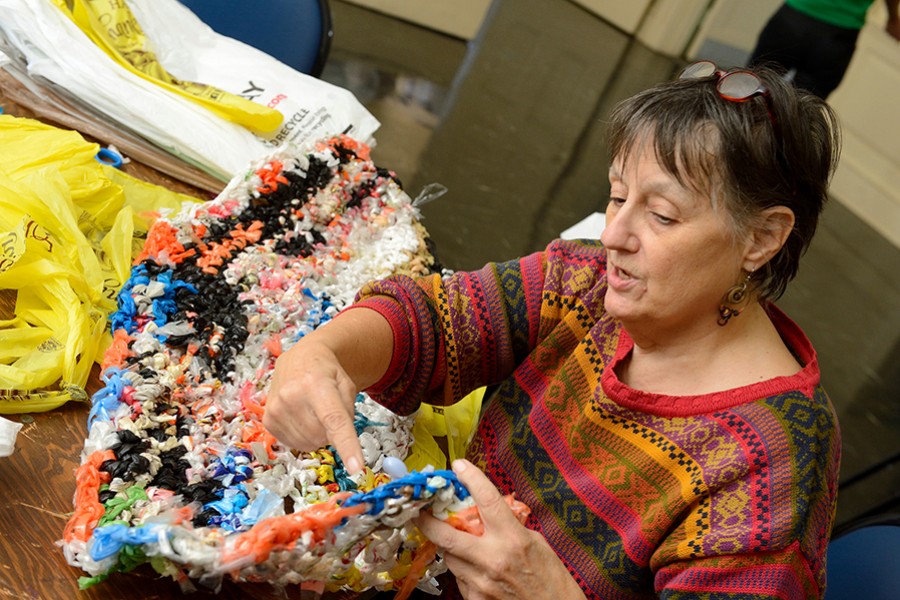 Louise Gregg, a parishioner of St. Vincent de Paul Church, will use the plastic yarn to make sleeping mats for the homeless. Her church owns a park in Baltimore where homeless people often sleep or congregate. 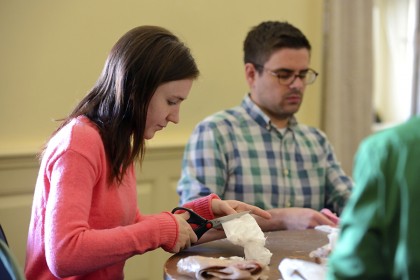 Each mat, which is roughly the size of a cot, is composed of hundreds of plastic bags. When placed under a sleeping bag or blanket, the mats keep out moisture, add comfort, and provide an extra layer between the sleeper and the cold ground, Gregg said.

Attendees formed an assembly line. Some JHU community members cut out loops from plastic bags, while others connected the loops into a long strand—which would eventually be rolled into a ball of "plarn."

Jessica Billeter, a senior economics and psychology major, said she sees a lot of frustration surrounding the recycling of plastic grocery bags in her job working for Homewood Recycling. The bags often end up in the trash or become litter.

Although Homewood Recycling's main focus is to encourage waste reduction, the event provided a tangible way for community members to make a difference through recycling.

Leana Houser, the program's manager, said she received an overwhelming number of donations since announcing the event a week ago.

"There's such a glut of plastic bags out there … so it's kind of upsetting to see how much we collected, but also exciting to have collected so much," Houser said. "I think [the event] just makes people realize that when you put something in a bin, that's not the end; that's actually the beginning."