Their assertion is based on a report co-authored by Webster released today and runs counter to the belief that more guns in public places will lead to less violence. In a survey of available research on the topic, Webster—a professor of health policy and management at the Johns Hopkins Bloomberg School of Public Health and director of the Johns Hopkins Center for Gun Policy and Research—found no evidence suggesting right-to-carry gun laws deter or prevent mass shootings.

In fact, Daniels and Webster write, "profound evidence shows that the college environment is particularly ill-suited to gun possession" for a variety of reasons, including elevated levels of violence, alcohol abuse, and reckless behavior among college-aged youths.

As the president of Johns Hopkins University and a gun violence researcher at the university's Bloomberg School of Public Health, we work with city leaders and partners in the community to find solutions that can improve lives—and save them, in Baltimore and beyond. We oppose guns on campus not in the hackneyed stereotype of liberals scolding from the ivory tower but as a result of a searching examination of relevant research, as well as a common-sense assessment of reality. What the evidence to date shows—and what we hope state legislators across the nation who are pondering such measures will consider—is that campus-carry laws will invite tragedies on college campuses, not end them. 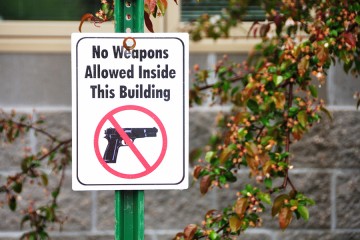