The program—which offers participating high school students mentoring, paid internships, two years of free college-level instruction, and advanced training in STEM-based fields so that, upon graduation, they would be in line for tech industry jobs—launched this fall at Carver and Dunbar high schools in Baltimore. It will expand next year to four additional locations—two in Prince George's County, one in Western Maryland, and one on the Eastern Shore.

Johns Hopkins University is among the program's sponsors at Dunbar, along with the University of Maryland, Baltimore; and Kaiser Permanente.

"We are proud that Maryland has one of the most highly-skilled workforces in the entire country," Hogan said. "Now, through P-TECH Carver and P-TECH Dunbar, we are ensuring that students right here in Baltimore City will have the chance to gain in-demand skills that employers need in the 21st century workforce, and that some of our state's biggest employers will have a steady pipeline to the next generation of skilled professionals." 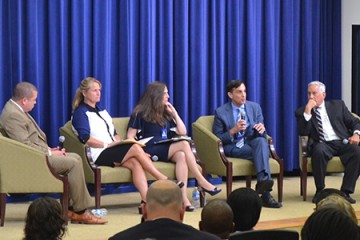 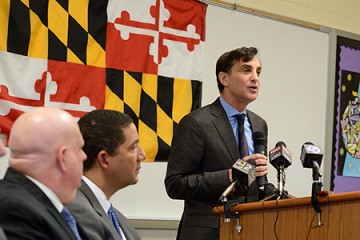