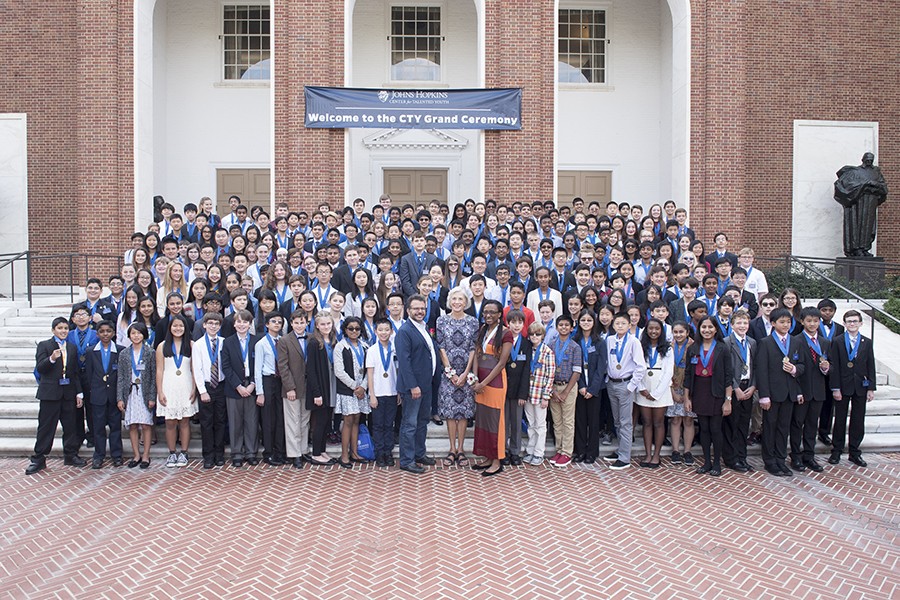 Like many students, Isaiah Asbed always gets nervous before a test.

"I just sit there and don't really talk much," he said. 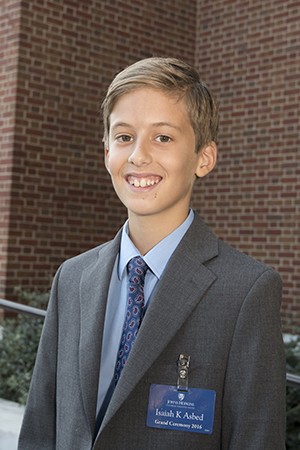 Image caption: Isaiah Asbed, 11, from Labelle, Fla., was honored Sunday by CTY for his exceptional performance on the SAT

The 11-year-old Florida student felt especially nervous right before he took the SAT in June. But he had studied hard and was already spending half of every school day taking pre-calculus and chemistry courses at his local high school. So despite the butterflies in his stomach, he felt prepared. And once he sat down to take the test, "The nerves went away and I felt free."

The length of the test was a challenge. But a few weeks later, when his family received his scores, Isaiah knew his hard work had paid off. He not only did remarkably well, he also earned an invitation to CTY's 2016 Grand Ceremony, held Sunday at Shriver Hall.

The annual event celebrates middle school students who, as CTY Talent Search participants, achieve scores on such above-grade-level tests as the SAT and ACT that would be impressive even for a high school senior. About 1,000 of the more than 27,000 students in grades two through eight who participated in CTY's 2015-16 Talent Search were honored at Sunday's ceremony for their exceptional test scores.

Warm weather welcomed honorees and their families to campus Sunday as proud parents snapped photos of their young scholars on the steps outside Shriver Hall. Some were local; others had traveled to Baltimore from as far away as California and Hong Kong for the event. For many, it was a validation of all the hours spent training their brains. 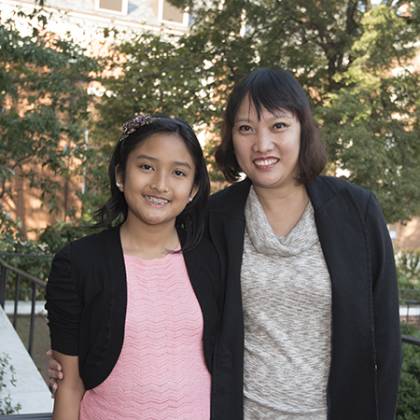 Eliana Royales, 12, traveled with her mom from California for the ceremony. She spent hours studying math books and learning new words before taking the Advanced School and Ability Test (SCAT) in June.

"I'm always trying to learn new skills and strategies, and to me this [ceremony] means I gave it my all," she said.

Illena Jones and Chris Lehmann were recognized as CTY Distinguished Alumni during the ceremony. Lehmann, who took seven summer courses at CTY, is the founding principal of Science Leadership Academy in Philadelphia, an author, and 2014 winner of the McGraw Prize in Education. Both he and Jones said what they loved most about CTY was meeting other students who were excited about learning.

"CTY was the first place in my life, outside the dinner table, where argument and debate and big ideas were cool," Lehmann said.

Jones, from Baltimore, took CTY summer courses in genetics and genomics, and earned a bachelor's degree in neuroscience from Dartmouth in 2015. Now a research technician at Johns Hopkins University, she has published two papers in the areas of genetics, bioinformatics, and molecular biology. She credited the academic challenges she encountered at CTY for helping her believe in herself.

"What I took with me was a newfound confidence that even though these were college-level courses, I could handle it," she said. 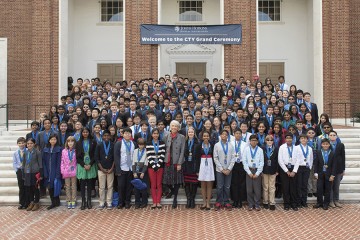 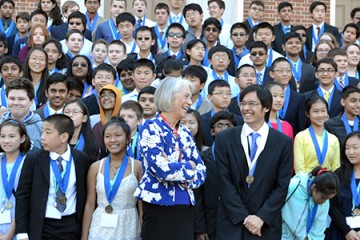 Published Oct 22, 2014
Professor of mathematics at UCLA has been dubbed the 'Mozart of Math' / Center for Talented Youth