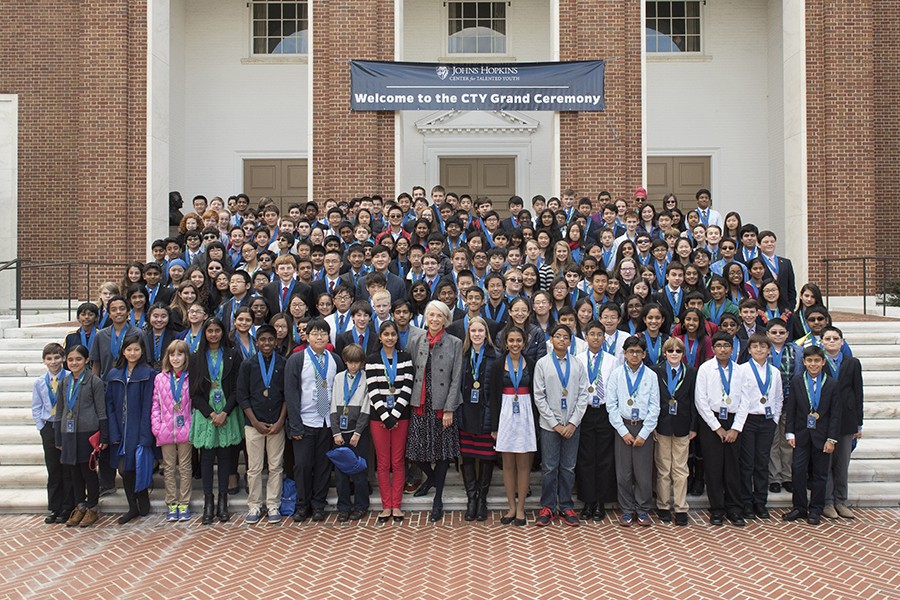 Back in May, one of the first things Mehar Johal did every morning was check whether his test scores had been posted online. After months of studying, waiting for the test results seemed unbearable. 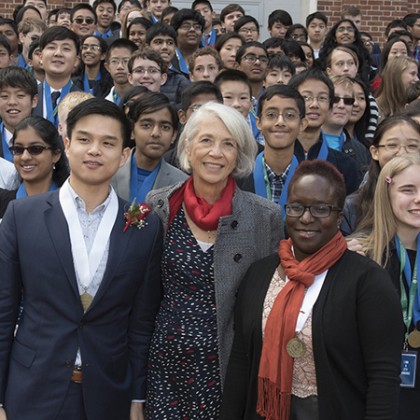 Johal had taken the Advanced SCAT, originally designed to test high school students' academic abilities. As a participant in the Johns Hopkins Center for Talented Youth's 2015 Talent Search, Johal, from Princeton, New Jersey, had taken the SCAT as a sixth-grader, simply to see how well he could do.

Turns out, he did exceptionally well: his scores earned him an invitation to the Center for Talented Youth's Grand Ceremony, which was held Sunday at Shriver Hall on Johns Hopkins University's Homewood campus.

"I was so excited," he said. "I couldn't wait to take a road trip to Maryland."

The annual ceremony celebrates middle school students like Johal who, as Talent Search participants, achieve high scores on an above-grade-level test—scores that would be impressive even for a high school senior.

Of the 30,648 students in grades two through eight who participated in CTY's 2015 Talent Search, less than four percent—1,175 students—earned scores high enough to be recognized at Sunday's Grand Ceremony. Honorees also qualified for CTY's summer and online programs.

Some came wearing high heels and fancy dresses, others in sneakers and favorite jeans, many traveling from as far away as Washington state and Japan. Some were new to CTY. Other students, like Annabel Zhao from Villanova, Pennsylvania, had attended CTY programs and credited them with connecting her with challenging coursework and a community of learners.

"I'm usually shy at school, but when I came to CTY, I made friends who introduced me to the joys of music and socializing," she said.

Mia Howard, founder and executive director of Intrepid College Prep Charter School, and Pelu Tran, whose company, Augmedix, is developing Google Glass to revolutionize electronic documentation in medicine, were presented with CTY Distinguished Alumni Awards at the ceremony. Both credited CTY for giving them a sense of belonging.

Tran said that as a young student, he frequently got in trouble.

"Then I got a chance to attend CTY, and I discovered that I wasn't a troublemaker; I was just bored," he said, adding that being around other exceptional students forced him out of his comfort zone.

"CTY is one place where you aren't going to be the best or the brightest," he said, "but you'll be among them."