Center at university's School of Advanced International Studies in Washington, D.C., will serve as focal point for scholarship, public debate on international affairs and policy 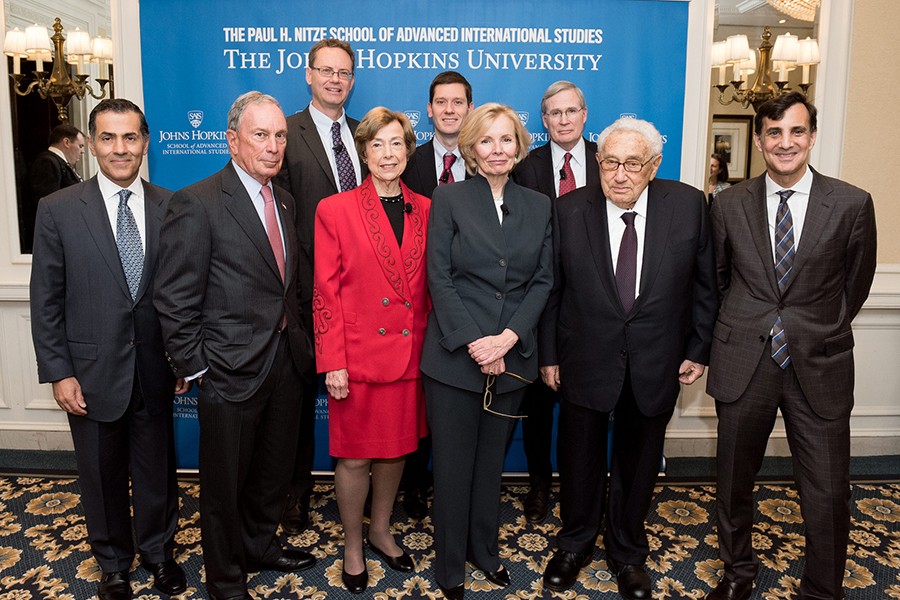 The Johns Hopkins School of Advanced International Studies has received more than $50 million, the largest combined gift in the school's history, to launch its new Henry A. Kissinger Center for Global Affairs.

The center will specialize in long-term strategic analysis and in the disciplined application of historical lessons to contemporary international problems. It will also serve as a focal point for scholarship and public debate on international affairs and policy.

The center is named after former U.S. Secretary of State Henry A. Kissinger, who said at a launch event Thursday that it opens at a crucial time in international relations.

"We are living in a period in which we are conscious of our divisions, but it serves to inspire us to our duties because the world is now as disordered as it has ever been," Kissinger said. "It is the first time in history that upheavals occur in every part of the world simultaneously and are connected with each other by rapid communication and by global economics.

"I am excited at the prospect of this center located in Washington, D.C., and drawing people from around the world to synthesize thought and political theories in developing leaders and strategies capable of dealing with contemporary global challenges."

Distinguished scholars, leaders, and special guests attended the center's launch celebration. The event that featured a panel discussion on "Geostrategy and Challenges Facing U.S. Foreign Policy" at the Willard in Washington, D.C.

"The creation of The Henry A. Kissinger Center for Global Affairs could not be happening at a more important moment in our history," said Ronald J. Daniels, president of Johns Hopkins University. "The center will teach the practice of statecraft for the 21st century and will be profoundly relevant to political leaders for years to come."

Added SAIS Dean Vali Nasr: "The Henry A. Kissinger Center for Global Affairs will bring top academics, diplomats, and statesmen together to discuss and develop stronger foreign policy strategies with an emphasis on geostrategy and an appreciation for history."

"Henry has helped shape our history not only as a statesman but as a teacher," Bloomberg said. "After all, he was a renowned scholar before he became a public official, and throughout his career he has never stopped learning or teaching. I've been lucky enough to know Henry and to learn from him, and now many more people will have a chance to exactly as I did. It really is an honor to recognize Henry for all he has done to build a stronger, safer, more stable world and to help future generations build on his work and extend his legacy."

Kissinger served as national security adviser and secretary of state in the Nixon and Ford administrations. He negotiated nuclear weapons and anti-ballistic missile treaties with the Soviet Union and laid the groundwork for President Nixon's breakthrough visit to China in 1972. He also negotiated for the United States at the Paris peace talks that led to the end of the Vietnam War. 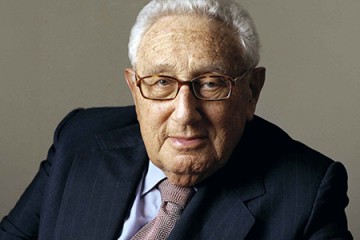