When a battlefield explosion injures a soldier's face or neck, the critical air passage to the lungs can become blocked, which can lead to brain damage and death within minutes.

To help treat these types of injuries, a team of Johns Hopkins undergraduate students has designed a low-cost, low-tech device dubbed CricSpike that may boost the success rate when combat medics need to create an artificial airway and pump air into the lungs. The goal of this procedure is to keep wounded soldiers alive until more advanced treatment can be administered at a hospital. 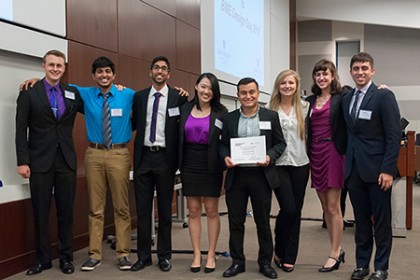 In their research, the students discovered that combat medics in the field who attempt the emergency neck-incision tactic—called a cricothyrotomy—are unsuccessful about a third of the time. Even physicians and physician assistants failed about 15 percent of the time in hospital settings. In recent American military conflicts in Iraq and Afghanistan, 10 to 15 percent of the preventable battlefield deaths were due to airway obstructions or respiratory failure. Military experts say more soldiers could be saved if the battlefield cricothyrotomy success rate could be improved.

Last fall, retired U.S. Army physician James K. Gilman, who until recently was executive director of the Johns Hopkins Military and Veterans Health Institute, presented this challenge to a group of biomedical engineering undergraduates in the Center for Bioengineering Innovation and Design Teams Program. Gilman, who rose to the rank of major general during his 35 years of Army service, served as the team's sponsor and medical adviser.

"We were all excited by the emergency life-saving aspects of this project," said Antonio Spina, who served as team leader during his senior year.

The students designed their CricSpike prototype with an eye toward simplifying and speeding up the procedure, and improving the accuracy of the insertion.

One of the main problems, the students discovered, was that the tools typically used in battle zones often do not manage to connect to the patient's trachea, commonly called the windpipe. Instead, these tools become lodged just under the patient's skin or bypass the trachea and instead strike the esophagus, which leads to the stomach, not the lungs. 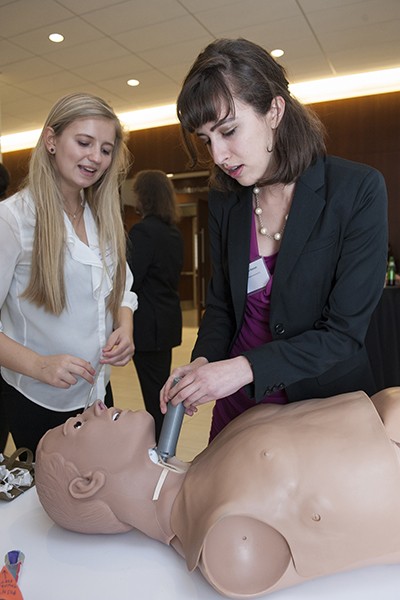 To remedy this, the students devised an improved intratracheal tip that is carefully crafted to extend beyond the skin layers to the windpipe, but not far enough to reach the esophagus. To insert this tip into the neck, the students devised a two-piece handle that easily breaks away once the tip is connected to the trachea.

For demonstration purposes, the student inventors have packaged the CricSpike tip and its handle as part of a kit that also includes a scalpel to make the neck incision and an endotracheal tube to channel air to the windpipe. The kit also contains a bag valve mask that the medic can attach and squeeze to push air through the tip or tube and into the wounded soldier's lungs.

In demonstrations with a medical mannequin and animal tissue, the students have shown that their prototype components can work.

The main pieces of the students' kit will require much more refinement and testing before they could be used on human patients. But the early prototype was awarded second prize in the student project category at the Innovation Research Lab Exhibition, presented at the Central Institute of Healthcare Engineering of Friedrich-Alexander University in Erlangen, Germany in July. In May, the team received a third-place prize in the 2016 Johns Hopkins Student Healthcare Design Competition, organized by the university's Center for Bioengineering Innovation and Design.

In addition, the students have worked with the staff of Johns Hopkins Technology Ventures to obtain a provisional patent covering the design of their CricSpike components.

"The students did a great job," said Gilman, the project's sponsor. "But the final prototype was still pretty rough. Relying on 3D printing techniques could only get them to a certain level. The next step in the development process would have to involve production of a more professional prototype."

Team member Qiuyin Ren, of Westborough, Massachusetts, a rising senior, said she and the other team members who will return to Johns Hopkins in the fall intend to build a more polished prototype during the coming school year. The student inventors hope a health care device maker eventually will license their design and incorporate it into an improved cricothyrotomy kit for combat areas. 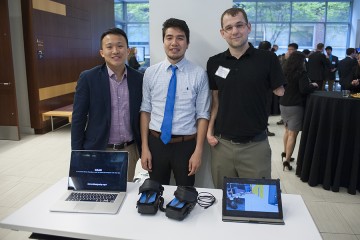 Back in the game 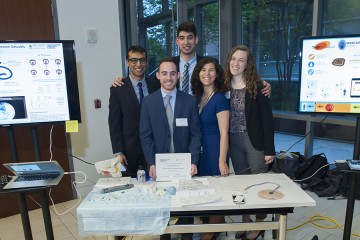 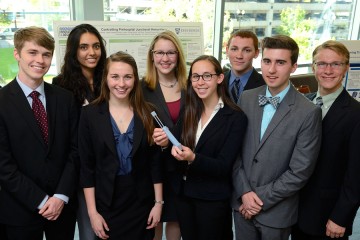 A fighting chance at survival