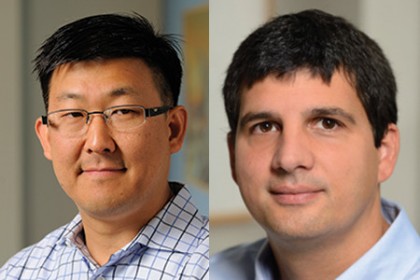 Can a vast amount of social media sentiment provide clues as to how a stock will perform?

A new study by two Johns Hopkins faculty members indicates that, yes, a strong contemporaneous correlation does exist between the mood of social media activity about a particular stock and the performance of that stock.

Jim Kyung-Soo Liew, an assistant professor at Johns Hopkins University's Carey Business School, and his co-author, Tsocial mediaamas Budavari, an assistant professor in JHU's Department of Applied Mathematics & Statistics, found that tweet-like posts on the StockTwits financial micro-blogging platform are strongly related to the behavior of the stock on a given day. Liew suggests that this use of social media to determine stock performance be added as a "sixth factor" to the Fama-French five-factor model well known in financial circles as a method for explaining market behavior.

For the research paper, forthcoming in The Journal of Portfolio Management, Liew and Budavari were granted access to all StockTwits posts about 15 companies that drew the most Twitter commentary from January 2012 to October 2015, including Apple, Facebook, Netflix, Yahoo, Amazon, Google, Disney, and American Airlines. People who post on StockTwits can state in their tweets whether they feel positive ("bullish") or negative ("bearish") about a stock. Mining this data for hints of a link between tweets and stock prices, the researchers said they discovered "a particular intuitive relationship between tweet sentiment and prices over time. Namely, we show that the aggregated daily sentiment matters for equity daily returns. Positive sentiment is associated with positive returns."

They cite as a prime example the performance of Apple's stock. Between 1,000 and 2,000 StockTwits posts about the technology company were made each day during the 2012-2015 period. The percentage of bullish tweets about the stock stayed high from mid-2013 to about two years later, which corresponded to a nearly continuous increase in the stock's price over that time. The tweets' bullish percentage then went into a slight decline, as did the price of Apple shares, apparently buttressing the researchers' argument.

"When Apple does well within the day, participants are tweeting with bullish sentiment, showing that a positive correlation exists between contemporaneous price movements and tweet sentiments," Liew states.

Critics of the research say the real-time status of a tweet can make it irrelevant after, say, minutes or hours. But Liew says the research results beg to differ: "There appears to exist a strong positive relationship between the daily time-series of aggregated tweet sentiments and their corresponding security returns."

Liew has made a specialty of examining social media data for possible signals of market behavior. A previous study that he wrote for The Journal of Portfolio Management found a strong link between the mood of Twitter posts and the performance of an initial public offering. From offer price to close on the first trading day, Twitter sentiment mirrors the IPO's performance, whether negative or positive, according to that study, which Liew claimed was the first to look closely at the tweet sentiment-IPO connection. Liew followed his IPO work with a paper that found tweet sentiment could predict fluctuations in a stock's expected returns and its actual returns more accurately than traditional prediction methods. 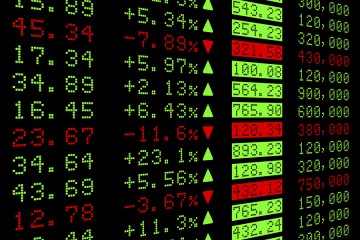