Nearly a dozen high school and college students spent a month on Johns Hopkins University's Homewood campus this summer, enrolled in a novel course designed to expose them to concepts in mathematics by studying music.

Johns Hopkins Professor Daniel Q. Naiman—himself a mathematician and a musician—developed and offered the three-credit "Mathematics of Music" as part of a national effort to use music to teach STEM disciplines—science, technology, engineering, and math.

Along with similar courses created and taught by professors at other institutions nationwide, the class was offered as part of a broader UNESCO-Monk Institute "Math, Science & Music" project. In addition to listening to an opera singer and tuning a piano, students were introduced to the way music relates to number theory, intervals, exponents, logarithms, and stochastic processes.

"In order to share the richness and beauty of mathematics with as many people as possible, we are trying to point out the mathematical links to things that excite people," says Naiman, who has been playing saxophone since he was 15. "This is where music can play a crucial role."

The classroom and online teaching materials are the result of years of effort that began with an idea hatched by Grammy-award winning jazz musician and composer Herbie Hancock. Hancock, who took classes in electrical engineering, has said that he is concerned both about students falling behind in STEM disciplines and about diminishing arts education. 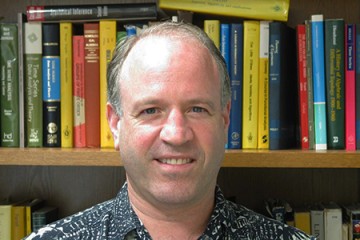