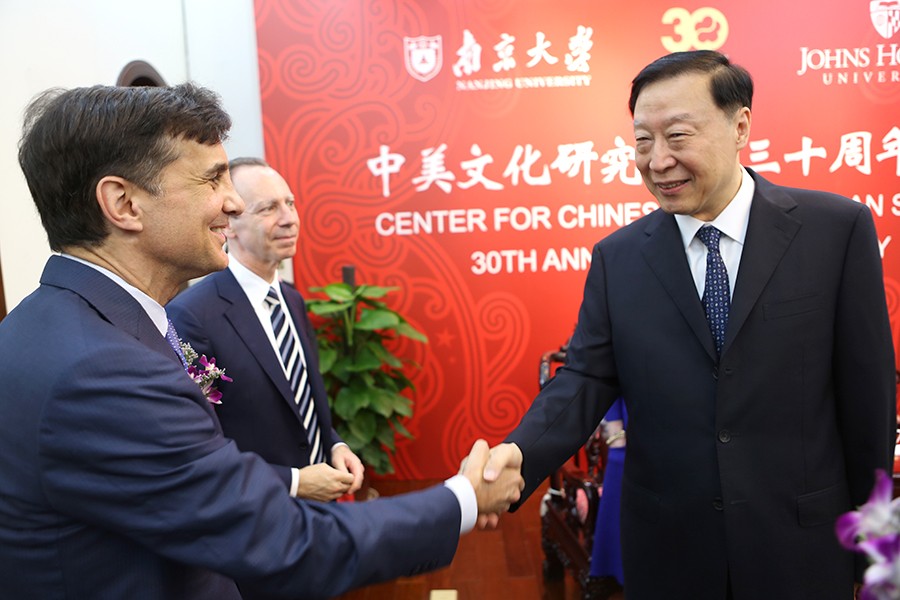 The Hopkins-Nanjing Center for Chinese and American Studies, which opened in 1986 as a one-of-a-kind center for international studies in China, celebrated 30 years of its groundbreaking educational partnership this past weekend.

The trailblazing model took years to develop, and many were skeptical of its prospects. But today the center, run jointly by Johns Hopkins University's School of Advanced International Studies and Nanjing University, is known as the premier institution for educating future leaders of Sino-American relations. 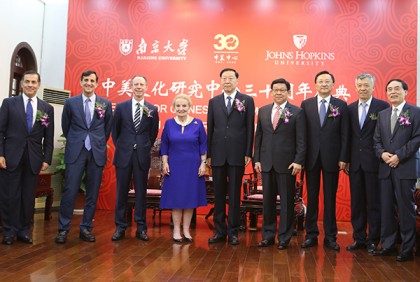 The HNC now counts more then 2,800 alumni, among them diplomats, professors, and heads of industry and nongovernmental organizations.

Many of those alumni, along with university leaders and other notable attendees, gathered over the weekend in Nanjing to celebrate the milestone anniversary.

"I'm amazed by the progress of this center and all that it has become, particularly so when I think about what it took for the leaders of our two universities to, quite literally, build the HNC from the ground up," Johns Hopkins University President Ronald J. Daniels said Saturday at a convocation event that was part of the weekend's festivities.

Though the world may be different, Daniels said, the values on which the center was founded—academic rigor, scholarly freedom, and cultural exchange—remain as vital as ever.

"The ambitions were high," he said, "and the results over the past 30 years have been nothing less than remarkable."

Former U.S. Secretary of State Madeleine Albright—one of two guests of honor at the 30th anniversary celebration, along with former Chinese Minister of Commerce Chen Deming—echoed Daniels' sentiments about the center's "improbable story."

She noted that the project had to "overcome deep suspicion and mistrust on both sides" at a time when diplomatic relations between the U.S. and China were in their early stages.

"Instead of empty spaces on a flat map, the United States and China become real places with intriguing people living fascinating lives."

The weekend's events included a concert of Chinese folk music by performers from Nanjing University, a discussion of international economics and Sino-American relations, and commencement festivities for the HNC's 2016 class of about 175 graduate students.

"No matter what your future holds—whether a career in public service, academia, or industry—let your time at the HNC remind you to embrace the complexities of the human experience as well as the commonalities that bind us across cultures," Daniels told the graduates. "And know that in doing so, you will carry the spirit of this center forward as you serve as standard-bearers of international cooperation and partnership." 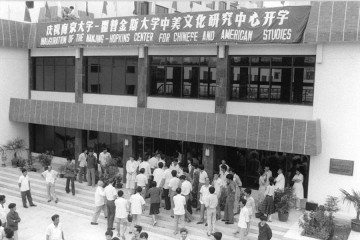 30 years at the forefront