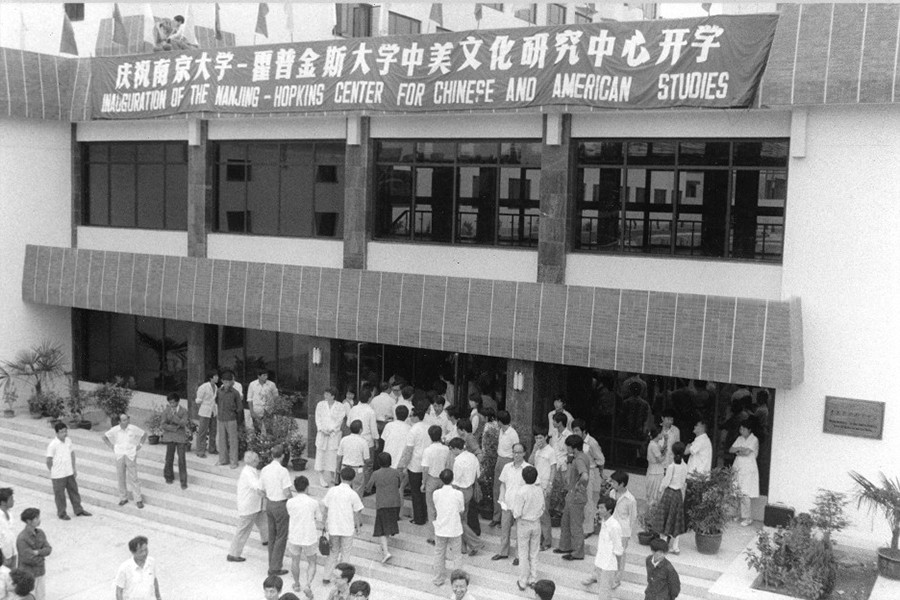 Image caption: The Hopkins-Nanjing Center opened in China in 1986.

Three decades ago, China was an intimidating frontier for any American student. Though the country was quickly emerging as a world power, at that time not a single American university had established a physical presence there.

The first major breakthrough in that dynamic came in September 1986, when the Hopkins-Nanjing Center opened in China to a cohort of 64 graduate students. The class was a mix of Chinese and American students, brought together to live, study, and learn in each other's languages side by side.

The trailblazing model had taken years to develop and many were skeptical of its prospects, but today the HNC is known as the premier institution for educating future leaders of Sino-American relations. Run jointly by JHU's School of Advanced International Studies and Nanjing University, and adjacent to the downtown campus of the latter, the center now counts more than 2,800 alumni—among them diplomats, professors, and heads of industry and nongovernmental organizations.

In Nanjing this weekend, many of those alumni, along with other notables, will gather to mark a milestone: the HNC's 30th anniversary.

The guests of honor at the June 18 anniversary dinner are former U.S. Secretary of State Madeleine Albright and former Chinese Minister of Commerce Chen Deming, who now presides over the Association for Relations Across the Taiwan Straits. Both will deliver speeches and receive awards for their contributions to global understanding.

Both also have Hopkins ties: Chen Deming was an HNC student, while Albright studied at SAIS.

Madelyn Ross, who has directed the HNC's Washington D.C. office for the past year and a half, will also be in Nanjing to celebrate.

Ross herself studied and taught in Shanghai in the late 1970s, shortly after the U.S. and China normalized relations. It was a starkly different landscape then, she says, "with no academic exchange programs at all" between the two countries.

Now, as a leader of the HNC, Ross says she is "constantly impressed by the rich academic offerings available to students" and even moreso by "their chance to participate in Chinese society" through co-curricular and social activities.

The 2016 class at the HNC is about 175 graduate students strong—still a mix of Chinese and American citizens, along with some other international students. Nine international professors and about 30 Chinese professors teach courses, in both English and Chinese, on international law, politics, and other topics. Two years ago, the center added a specialization in Energy, Resources, and Environment that has become one of its fastest-growing programs.

At the heart of the HNC is its research library—the first and still one of the only uncensored, open-stack libraries in China, featuring more than 120,000 volumes in both English and Chinese.

This library had been a potential dealbreaker for the HNC when the collaboration was still in the discussion phase over 30 years ago. Despite the initial reluctance of Chinese officials, then-Hopkins president Steven Muller ultimately succeeded, insisting on the library as a key condition of the partnership.

It was Muller who was the visionary behind the Hopkins-Nanjing Center, aspiring to build an equivalent model in China to the successful SAIS Europe in Bologna, Italy. Viewing China as a country of the future, he saw the need for the United States to plant roots for positive collaborations.

His proposal made headway in 1979, when a delegate of Chinese university presidents visited the U.S.—among them, Kuang Yaming, then president of Nanjing University. Kuang's interest in meeting Chinese-born Hopkins physics professor Chih-Yung Chien made JHU the first stop on their tour. From there, the partnership was born.

Notable moments from the HNC's historic 30-year journey include: 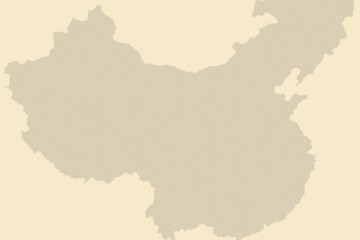