Julie Dash, the vanguard filmmaker and video maker, will visit Johns Hopkins University this weekend to present a reel of her directing work and talk about independent filmmaking, crowdsourcing, and the preservation of indigenous religions and cultures of the African Diaspora. 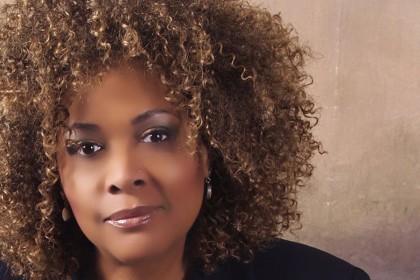 In 1991, Dash's Daughters of the Dust became the first feature film directed by an African-American woman to receive a general theatrical release. The film takes place over a single day in 1902 and follows three generations of women in a Gullah family: two prepare to migrate north while the matriarch, Nana (Cora Lee Day), tries to convince them to stay. It's a hypnotically lyrical film, which Dash wrote, directed, and produced after roughly a decade of research into Geechee and Gullah culture, found among the descendants of enslaved West Africans in the coastal areas of Georgia and South Carolina and the nearby Sea Islands.

"I wanted to do something on African retentions and survivals, because the Sea Islands had remained culturally isolated and insulated from Western cultural experiences," she told filmmaker and film scholar Zeinabu Irene Davis in an interview that appeared in the now defunct Black Film Review in 1992. She added that the people of the Sea Islands "maintain and preserve a wealth of West African traditions, mores, and religion. So it was an area which was ripe for discovering. Usually, when we see films and television productions on early African-Americans, they deal with African-Americans living in Alabama and Mississippi."

Daughters of the Dust premiered at the 1991 Sundance Film Festival, where it was awarded the Excellence in Cinematography Award Dramatic. It debuted in Baltimore on April 1, 1992, at the Senator Theatre and was the opening feature of the 23rd annual Baltimore International Film Festival, the predecessor to the Maryland Film Festival.

Daughters of the Dust was critically well received—the Washington Post's Rita Kempley deemed it an "astonishing, vivid portrait not only of a time and place, but of an era's spirit," and The New York Times' Stephen Holden called it "an extended, wildly lyrical meditation on the power of African cultural iconography and the spiritual resilience of the generations of women who have been its custodians."

But Dash hasn't enjoyed the same level of noteriety as some of her indie filmmaking peers form the early 1990s. Many of the directors who were winners at the 19991 Sundance festival alongside her—Todd Haynes (Poison), Barbara Kopple (American Dream), and Hal Hartley (Trust)—have had fairly consistent theatrical careers since. Dash—who honed her filmmaking skills in the 1970s at UCLA Film School and LA Rebellion that produced such African and African-American filmmakers as Charles Burnett, Larry Clark, Haile Gerima, Barbara McCullough, and Billy Woodberry—has carved out a career in television movies and music videos.

That career meant Dash sometimes wasn't as well known outside of contemporary film circles. Filmmaker Yvonne Welbon, who made the Dash documentary The Cinematic Jazz of Julie Dash, told the Journal of Film & Video in 2003 why she decided to make that documentary: "I saw her walk into the Art Institute and there were all these kids there—you know, how they have all those kids' programs. They were running around and they all ran past her. It was disturbing to me because, I said, 'If Spike Lee walked in, every kid would have stopped and known who he was.' I was disturbed that no one knew what a black woman filmmaker looked like. We need to have more of a public face, and the only way to do that is to create black media images of ourselves."

In recent years, Dash's Daughters of the Dust has begun to be recognized as the maverick, indelible debut that it is. The film was added to the Library of Congress' National Film Registry in 2004. Film Comment checked in with Dash—currently a distinguished professor of Cinema, Television, and Emerging Media at Morehouse College—earlier this year, running a Q&A with her about Daughters of the Dust and the documentary project she's working on.

In October 2015, Sight & Sound, the official magazine of the British Film Institute, published "The Female Gaze", a "selection of remarkable works by female filmmakers that have unjustly slipped from public view, in the hope we can correct their place in film history and help them find a wider audience." Listed among such expected filmmakers and films as Ida Lupino's Outrage (1950), Elaine May's Mikey and Nicky (1976), Allison Anders' Gas Food Lodging (1992), and Jamie Babbitt's But I'm a Cheerleader (1999) were such under-celebrated works as Claudia Weill's Girlfriends (1976), Sarah Maldoror's Sambizanga (1972), Kathleen Collins' Losing Ground (1982), and Dash's Daughters of the Dust. "The film stands as a landmark achievement not only in black cinema, but in independent cinema generally," the magazine touted.

Last fall, Turner Classic Movies programmed a Trailblazing Women series that focused on female filmmakers, and Dash co-hosted the segment about independent African-American filmmakers. In an interview with the online culture magazine Flavorwire, Dash talked about her career and activism today: "I think having gone to film school, we are aware of historical situations. It's not the first time. That's why it's important to do the film that you want to do—and then let people come to it. They may not get it now, but they will get it by and by. I'm not saying pop films aren't fun, but every film is not a pop film. Every film isn't taken from the headlines. Some films are made because they need to be made. They're works of passion. That's what Daughters of the Dust was."

"A Retrospective with Julie Dash" is sponsored by Johns Hopkins Program in Film and Media and Center for Africana Studies in partnership with the Living Well Center for Social & Economic Vibrancy. The event is free and open to the public. A panel following the talk will feature Dash; Shellee Haynesworth, visual communications strategist for Indigo Communications and creator/executive producer of Black Broadway on U; Baltimore filmmaker, artist, and writer Pierre Bennu; and Linda DeLibero, director of the Film and Media Studies Program.