For neuroscientist, learning how exercise affects the brain has been a life-changing experience

Neuroscientist Wendy Suzuki had spent her entire research career studying memory and the brain in her lab at New York University's Center for Neural Science when, as she neared 40, she realized something was missing. Most of her time, physically and mentally, was devoted to conducting research. Her personal and social lives were almost nonexistent. 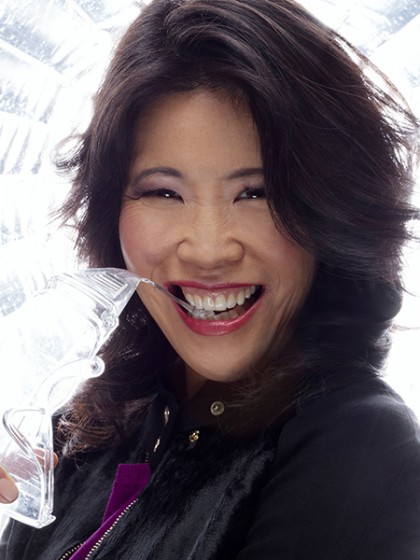 She was an associate professor of neuroscience, but "we all know that our lives are much more complicated than in an experiment," she says. "So while certain parts of my life were very rich and I was functioning at a very high level, I certainly recognize that other aspects of my life were very isolating and impoverished, the social aspects of my life. So I looked at that and I saw myself not doing anything, and I saw myself getting weak physically and knew that had to change."

Suzuki, who visits Barnes & Noble Johns Hopkins University on Tuesday for a reading, wondered if she could apply neuroscience to her own life.

"My lifelong science interest is in how much the brain can change in response to the environment," she says. "That's why I got into research in the first place. I was fascinated with how this brain can grow and expand and get new connections when you put the organism in an engaging, interesting environment full of novelty, but at the same time it could shrink and shrivel if you take away critical aspects to it. ... I've been fascinated with this general question for my entire career, and look at what I'm doing to myself—I am allowing critical aspects of my own life and brain potential to get withered and wasted. I've got a PhD in neuroscience. Maybe I could look at these other aspects of my life from a general perspective and figure out how to change it."

Her 2015 book Healthy Brain, Happy Life, which is equal parts memoir and introduction to the brain, documents how she went about doing that, starting with going to the gym, building a life outside the lab, and seeking help when she needed it. Her journey and the book have led her to share her findings in a TEDx talk, on CBS This Morning, and in a variety of radio, television, and online appearances. She knows scientists aren't the only people who get swallowed up by their careers.

"That's why I think the book is not just for scientists who don't have a good personal life," she says. "So many professionals have the same exact problem. I'm not any different from anybody else, but I kind of solved it for me in a unique way. I did use a lot of neuroscience principles and things that I grew up in science learning about that expand your brain. And I tried to translate that to my life and the general public by giving explanations that are easy to understand."

The Hub caught up with Suzuki by phone to talk about the current state of research on exercise and the brain, and what it's like to pursue a new investigative path as a mid-career scientist.

I'm 46, and I kind of feel like for most of my life I've known and heard that aerobic exercise is an important aspect of feeling and being healthy as that pertains to the body. In the book you explore exercise's impact on brain function. Could you talk a bit about the state of medical research related to that idea that you encountered while writing? In the book you mention an active and growing body of research in this area—is this a more recent area of inquiry? 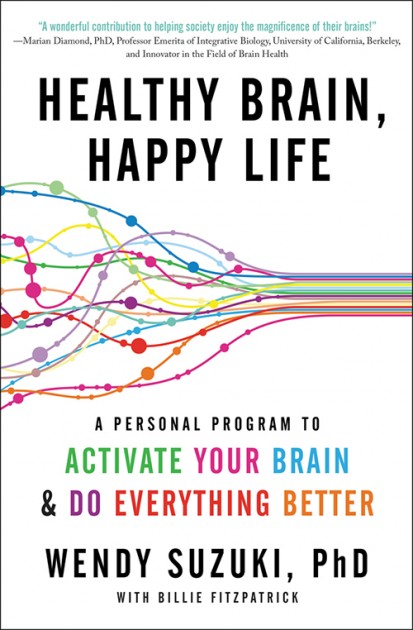 Here's what we know: There is an enormous amount of data in humans showing that there's really these striking correlations—the more you exercise the lower your chances are for developing dementia at a particular age. So by 60 you're much less likely to develop dementia if you have been exercising. That does not mean exercise is a cure for dementia or Alzheimer's disease, it just strengthens your brain.

And we know from animal studies how it strengthens the brain—it stimulates the growth of new brain cells in a key structure that is targeted or attacked in dementia, which is your hippocampus, which is important for long-term memory. Exercise also increases levels of really helpful growth factors in your brain.

I should also say we know an awful lot about exercise in the elderly population, because that is the population that has been studied the most. From that we know, [exercise] is helping attention function, to be able to focus and shift attention. That's what we know. There's strong correlative evidence that it's helping overall. There's strong direct evidence that exercise can help executive functions in people that are aging and memory functions for people with dementia.

But then I go and give these talks and people want to know how much they need to exercise to get all these benefits. What's the minimum amount of exercise I need, because I really don't want to do more than I need to. That's what people want to know and that is what I hear over and over. And I have to back up and say, I can't tell you that. We don't know that exact formula even though I know that's what everybody wants to know, including myself. And that is what I'm trying to answer in the research I'm doing in my lab. So those very practical questions, as well as getting down into the mechanism of how exercise works—not just in the elderly—I see as the big unconquered frontier as far as the effect of exercise in healthy adults, to see how much it can help, how long it lasts, and what it actually does for your life.

I appreciated the brain hacks exercises that are included in the book and I was curious: What new ways have you come up with to drink a cup of coffee?

Well, not necessarily a cup of coffee but a cup of tea. I stopped drinking coffee because caffeine was really affecting me and I discovered a new way to drink tea. I discovered this in Bali when I went for vacation last year. I turned 50 in August. I went on a big vacation in Bali and I happened to run into a tea master who was a guest at the place where we stayed. And I got to sit and do what he called the tea meditation every morning, which was simply brewing really delicious organic tea in silence and drinking as a way to start your day or even in the middle of your day. And I found it such a meditative experience that I started to do it every day since I got back home. It's the only way that I've found for myself to do a serious meditation process and do it every morning over brewing tea and drinking it. I usually do about three cups in the morning, it takes about half an hour, and I don't think about my email, I don't think about the million things I have to do, and it becomes this open time where I relax and open up and a lot of really interesting things come up. Ideas for new pieces that I'm writing associated with the book have come up—not because I'm trying to write in my mind, but it just kinds of comes up.

You mention how this process for you has changed your research a bit. How so? Did it alter or inform the questions you want to ask, the way you form those questions, or science's relationship to the daily life of the individual?

It hasn't just changed my research a little bit, it's completely transformed the question that is at the heart of my research lab, which is a huge change. I never ever thought that I would not do the neurophysiology of memory work that I started when I started my research lab at NYU in 1998. I thought I would finish my career continuing to ask questions focused on that research. It's a huge thing to not do that anymore. My whole science identity was in this field, my whole reputation was in this field. And to say, Oh, well, so what, I'm a full professor—I'm going to try something else and become a beginner in a completely different field and have to go to different study sections, where nobody knows me. And people look at me and think, 'Wow, she's old. How come she's doing this now?' Because that's what I would do—this person got their PhD in what year? They only have one paper? What's going on here?

It's a very challenging and scary thing to do, but I had to do it because I realized when I woke up in the morning, I woke up thinking about the exercise studies and not about the memory studies. Not that I don't love memory and learning—I think that's fascinating. But there are things that capture your scientific attention and creativity, and exercise happened for me. I knew that I didn't have the heart to dive into competing for the research grants for the memory studies I was doing because I was thinking too much about the exercise studies. And I couldn't do both. I was going to do both for a while but I realized I couldn't. And that's the most common thing that I've heard from my colleagues who have commented on what I'm doing. They basically say, you're brave—I would never do that.