Engineers at Johns Hopkins University have devised a computer model to help unravel the wicked wind conditions that test the world's greatest golfers at Augusta National Golf Club, home to The Masters each April. 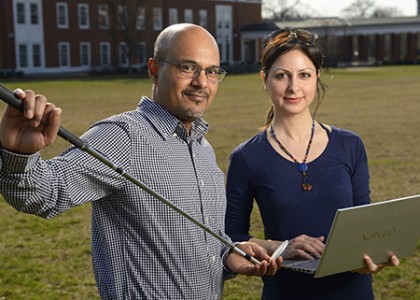 Rajat Mittal, an aerodynamics expert and professor of mechanical engineering at Johns Hopkins, developed the model with Neda Yaghoobian, a postdoctoral visiting scholar on his lab team. The system, based on computational fluid dynamics, incorporates wind conditions and information on tree canopies to evaluate, and even predict, how the wind's direction and speed are likely to affect the accuracy of a golf shot on any particular hole. The researchers also used computer simulations to explore the impact of factors such as spin and launch angle on the flight of the golf ball.

For their proof-of-concept research, the team collected data from the famed par-3 12th hole at Augusta, known as Golden Bell. Though the hole is the shortest on the course, it is subject to unpredictable winds that swirl over and around the surrounding tree canopies. It also features a shallow, well-protected green—fronted by a water hazard and bracketed by three sand traps—that often punishes errant shots.

A 2012 Golf Digest article about No. 12 at Augusta National dubbed it "the scariest 155 yards in golf." The article describes how even the world's top golfers often misjudge the wind conditions, leaving shots short in the water or sometimes overshooting the green significantly.

"The wind at Augusta National is the most difficult to read of any course I've ever played," two-time Masters champion Tom Watson told Golf Digest for its 2012 article.

To help gauge wind conditions, golfers often check the flag on the hole's flagstick or throw a few blades of grass in the air. But Mittal—who describes himself as a recreational golfer—and Yaghoobian collected and processed more precise scientific data. In addition to local weather records—particularly wind conditions—they also gathered information about the topography of the hole and its plant canopy. Their computer simulations showed that the tall trees surrounding the 12th hole do indeed have a significant impact on the accuracy of tee shots. They also found that winds from certain directions—particularly the southwest and northwest—are the most dangerous for this hole.

"Our primary goal was to develop a computational tool that could integrate all of these kinds of information to see if it can help predict how the wind will influence a golf ball's flight on a difficult hole like this one," Mittal said. "This level of analysis has not been available to golfers. But in our early work, we've been able to demonstrate proof-of-concept that it is possible to generate these kind of detailed predictions about a particular golf hole."

Eventually, the researchers say, the system might be incorporated into a portable device or application that could help advise golfers about what club to use, how hard to hit the ball, and how best to aim the shot, all based on the hole's weather conditions, terrain, and other factors.

"We think that this prototype system is a promising first step toward an app or software program that could help golfers, course designers, and even sports commentators," Mittal said.

Added Yaghoobian: "I really knew very little about golf when I started on this research, but having worked on this project for over a year now, I have come to appreciate the inherent complexity of this sport."

Yaghoobian earned her PhD in mechanical engineering at the University of California, San Diego, focusing on urban energy and microclimate, as well as atmospheric and environmental flow research. She presented the team's early findings in November at the 68th annual meeting of the American Physical Society Division of Fluid Dynamics.

Working with the Johns Hopkins Technology Ventures staff, Mittal and Yaghoobian have obtained a provisional patent covering the computational tool developed for this project. 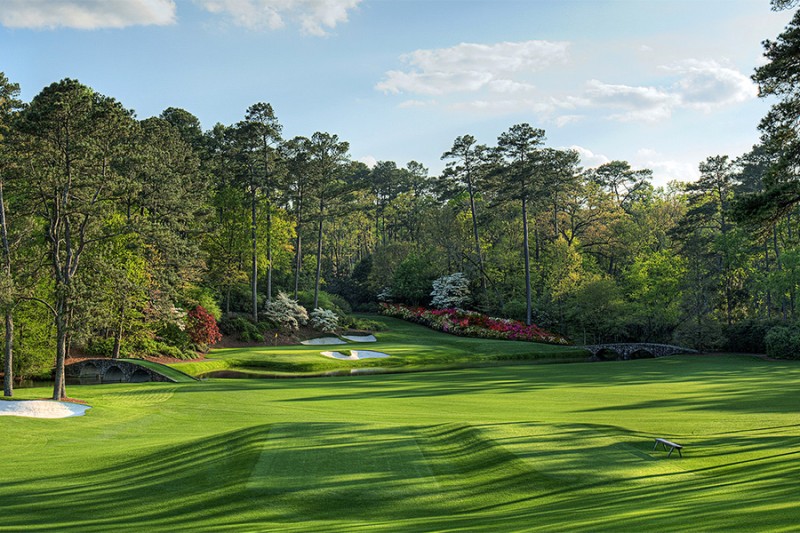