In a small clinical trial led by the Johns Hopkins Bloomberg School of Public Health, a promising single-dose dengue vaccine was 100 percent effective in preventing human volunteers from contracting the virus, the most prevalent mosquito-borne virus in the world.

The findings, published today in Science Translational Medicine, could be the final puzzle piece in developing a vaccine that is effective against dengue, which infects nearly 400 million people in more than 120 countries each year. While most of those who are infected with dengue survive with few or no symptoms, more than 2 million people annually develop what can be a dangerous dengue hemorrhagic fever, which kills more than 25,000 people each year. 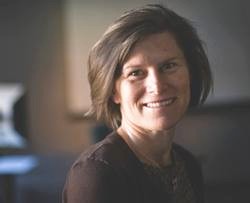 "Knowing what we know about this new vaccine, we are confident that it is going to work," says study leader Anna Durbin, an associate professor in international health at the Bloomberg School. "And we have to be confident: Dengue is unique, and if you don't do it right, you can do more harm than good."

Dengue is marked by a high fever, with other symptoms including severe headaches; severe pain behind the eyes; rash; and joint, muscle, or bone pain. Dengue hemorrhagic fever occurs when blood leaks from the blood vessels into other parts of the body, which can lead to failure of the circulatory system and shock—and possibly death—without prompt, appropriate treatment.

There are four very different strains of dengue that circulate, and a successful vaccine must prevent all four strains. It has long been known that people who are infected once with one dengue virus are likely to get sicker if they are infected a second time with a different strain. For this reason, a good dengue vaccine needs to protect against all four dengue viruses, the researchers say.

The TV003 vaccine tested in the study, developed by scientists at the National Institutes of Health, was already effective in preventing dengue 1, 3, and 4 viruses, but the portion of the vaccine that was designed to prevent dengue 2 did not induce as strong an immune response in people as the other three components. So the researchers decided to see if the vaccine could specifically protect against the dengue 2 virus if people were exposed to that strain six months after being vaccinated. For this study, instead of looking only at antibodies, the researchers looked for the evidence of actual infection: virus in the blood, rash, and low white blood cell count.

In the investigation, researchers from the Bloomberg School and the University of Vermont administered the TV003 dengue vaccine to 24 healthy adults, while 24 others received a placebo. Six months later, the remaining 41 study participants were exposed to the dengue 2 virus. None of the 21 people who had received the vaccine had any evidence of infection in their blood, nor did they develop a rash or have low white blood cell counts. In contrast, 100 percent of the 20 placebo recipients who were exposed to the virus had virus in their blood, 80 percent developed a rash, and 20 percent had low white blood cell counts. Though researchers only tested the vaccine after six months, they believe the effects will be long-lasting and that only a single dose of the vaccine is necessary.

Often vaccine trials look to see whether a person has developed antibodies to the virus, but that factor alone did not prove to be a sufficient indicator of protection in an earlier study of a three-dose vaccine called Dengvaxia in Thailand. While people who were vaccinated there developed antibodies, those antibodies did not protect against dengue 2 infection and could have played a role in causing more serious disease.

When Dengvaxia received limited licensure in 2016 in Mexico, the Philippines, and Brazil, the vaccine produced antibodies against dengue in a clinical trial and protected against dengue during the first year after vaccination. But two years after vaccination, children who were under the age of 9 when they received the vaccine were hospitalized for dengue at a significantly higher rate than those who received the placebo. For this reason, researchers were concerned that measuring antibodies alone may not truly indicate the ability of the vaccine to protect against dengue.

One of the small study's strengths is that it was conducted in a controlled environment in the United States, far from where dengue circulates in the population. Researchers could test the vaccine on people who would not have been previously exposed to any strain of the virus, which proved advantageous because ultimately, the vaccine will be used in areas where dengue circulates widely in young children who have not been previously exposed to dengue.

"What we're trying to do is accelerate vaccine development, weeding out poor candidates before testing them in large numbers of people in places where dengue is endemic," says Durbin, who has been working on a vaccine for dengue for more than 15 years.

In February, based on the new findings, researchers in Brazil began administering the new single-dose vaccine in a large Phase 3 clinical trial designed to look at vaccine efficacy against naturally occurring dengue.

Durbin says the methods used in this study could be the basis for developing a vaccine against the Zika virus, another mosquito-borne infection that is in the same family of viruses as dengue, in the coming months and years. Zika is racing across parts of Latin America and the Caribbean and could be associated with birth defects in the fetuses of pregnant women who become infected and may also be linked to adult cases of the neurological disorder Guillain-Barre. Ideally, Durbin says, a virus that protects against all four strains of dengue and Zika will be developed.