Hip-hop and poetry: Evolving sound, style, and the impact of MCs

Reviewing Grandmaster Flash and the Furious Five's "The Message" in 1982, New York Times critic Robert Palmer wrote, "Until 'The Message,' the message of the overwhelming majority of rap records was self-assertion or just plain bragging, a kind of updated equivalent of 1950's bragging blues like Bo Diddley's 'I'm a Man' or Muddy Waters's 'Hoochie Coochie Man.'" 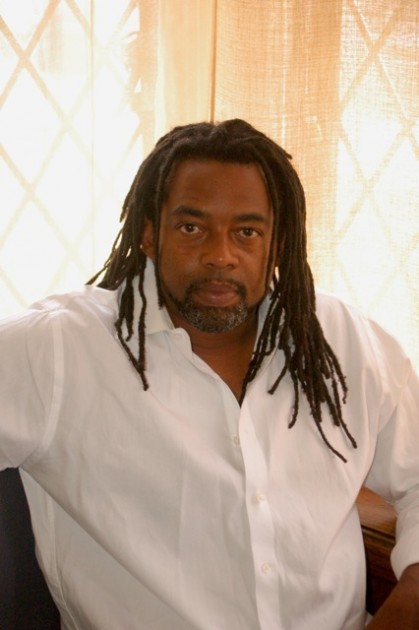 This hip-hop song wasn't simply a popular dance track and a high-charting record on Billboard's "Black Singles" list. It was the hip-hop track that put the MC—and what was said and how it was articulated—front and center. Thirty years later, not only has hip-hop become the lingua franca of pop music in general, but MCs are rightly celebrated for their lyrical command: for their clever wordplay and ingenious rhyme schemes, for their storytelling gifts and emotional breadth, for their humor and politics. In short, for their poetry.

The BreakBeat Poets: New American Poetry in the Age of Hip-Hop, released last year, brings together 78 poets shaped by and responding to the verbal, intellectual, and political culture forged by hip-hop and its five elements: DJing, graffiti writing, B-boying/-girling, MCing, and knowledge. Co-edited by poets/educators Kevin Coval, Quraysh Ali Lansana, and Nate Marshall, BreakBeat Poets is the first poetry anthology of writers shaped by hip-hop. The authors range in age from their teens to their early 50s.

"It is, in all honesty, quite surprising that it has taken this long for an anthology of this nature to arrive," notes a review in the International Socialist Review. "One would have thought that the first anthology of poetry 'by and for the Hip-Hop generation' would have been at least twenty years old by now."

Dora Malech, an assistant professor in Johns Hopkins University's Writing Seminars, invited BreakBeat Poets co-editor Lansana and two of the poets included in the anthology—Tony Medina and Safia Elhillo—to be guests at her Poetry and Social Justice class, one of three community-based learning classes offered this semester through the Center for Social Concern's Engaged Scholar Faculty and Community Fellows Program. All three will appear at a free reading and interactive performance Monday at the Arellano Theatre sponsored by the Center for Africana Studies.

The Hub caught up with Lansana, a lecturer in the Creative Writing Program of the School of the Art Institute in Chicago, by phone to talk about hip-hop and poetry, the reemergence of sound in poetry, and his top five MCs.

I read that the original idea for The BreakBeat Poets anthology came from co-editor Kevin Coval, and that he asked you to help him put it together. What was attractive about the project for you, this examination of the relationship between hip-hop and poetry? Was that discussion happening much in poetry, the consideration of hip-hop's language and form on poetic ideas?

I think one of the things that's very unique and interesting about Chicago is that there was no separation in the nexus of the hip-hop community and the very booming and burgeoning spoken-word and poetry community in the '80s. They were really one in the same. Many of the city's MCs frequented open-mic readings. As a matter of fact, the writer and the director of the movie Love Jones, Theodore Witcher, was a saxophone player in my first poetry band, the Funky Wordsmyths. In the late '80s early '90s we used to frequent a jazz bar called Spices, and the movie is based on the community of folks who hung out there. So toward the latter end of that era, Kanye [West] and Common and Malik Yusef and J. Ivey and some of Chicago's evolving MCs in the hip-hop community were frequenting the open mic at Spices. So in Chicago there was no real separation between the communities. We were all in the same scene in the same places.

Personally, rap has always been poetry. When I fell in love with hip-hop in '79 when "Rapper's Delight" eventually made it to Oklahoma, I was learning the works of Gwendolyn Brooks, I was learning to fall in love with poetry and language. And I grew up in a household filled with music. I'm the youngest of six, so I listened my older siblings' music—I knew the lyrics to Stevie Wonder songs before I knew how to spell the words that he was singing—and they were a part of the black power movement in Oklahoma, as much as it was. I was introduced to black power and black politics and arts movements and poetry very early in my life, well before I even understood it. But it's always shaped and informed me. My older siblings had Amiri Baraka and Nikki Giovanni poems taped to the walls of their bedrooms. I'm reading these words, I'm seeing raised black fists on walls, and I'm 4 and 5. That had an effect that I didn't fully understand until much later in life.

So for me, rap is poetry, poetry is rap. There's never really been a distinction between the two. And I was fortunate enough to move to Chicago at a time when this movement was growing and hip-hop was evolving. And we were all in the same spots.

I'm glad to hear you bring up the musicality of language. I'm old enough to recall that for a long time hip-hop was derided, both musically and lyrically, that a MC's rhymes were fit for the ear but not for the page. I think that's a more difficult argument to make now. My question is, did hip-hop play any role in reaffirming the auditory experience of contemporary poetry?

I say quite often to my students that Billy Collins and Robert Pinsky have benefitted from Snoop Dog, although I don't know if they would ever admit that publicly. Hip-hop has been here the last 40 years and what we've experienced over the last 20 to 30 of those years is the mainstreaming of rap. And what is rap? It's lyric-based music. It's lyrics-first music.

So as rap has, in many ways, been co-opted and moved to the center, certainly what we call page-culture or print-culture poets have benefitted from it as much as hip-hop or anyone else has.

Has hip-hop, and the way many of its MCs make personal experience the medium for reflecting on the time they're living in, had any impact on the formal or thematic ways the writers collected in the The BreakBeat Poets either conceive or explore issues such as identity, race, or even political ideas?

That's an interesting question. First of all, poets have always done that—we could go back to "Prufrock," Keats, Yeats. We could go back to Phillis Wheatley. I think that's always been there for poets and most artists. I think what hip-hop has done is help change and/or shape the conversation in new ways and helped change many aesthetic approaches to express those things. There are many poems in the anthology that literary critics would say are avant-garde. And the avant-garde aesthetic, it's not new but it continues to evolve and change.

With the poems in the book, hip-hop has informed various approaches to say that there really are no rules in any way. In terms of the five elements, if you single rap out because it's the most commercially viable, what we've experienced since the early 1990s, for me, was all of a sudden one day we no longer heard De La Soul and [A] Tribe [Called Quest] and Big Daddy Kane on the radio and we heard NWA and Ice-T. It seemed like overnight reality rap was what was on the air and conscious rap no longer was. I think that's what has happened since the early '90s—because most of the focus of mainstream commercial rap is "bitch" and "ho," you have folks of all genders and ethnicities responding to that mainstreaming of this element of hip-hop that dominates commercial radio.

And certainly in this book, a lot of folks, particularly young women—I'm very proud of the fact that half the poets in the book are women—responding to how rap has informed them and how the politics of the mainstreaming of rap has co-opted not only the five elements, but their own relationship with rap. I think about Chris Rock talking about being at the club and seeing women dancing to Lil Jon and how odd that was for him. What he brings up with that paradigm is that at that moment it was hard to love rap because the money was being put behind certain elements of rap but not the five elements that [Afrika] Bambaataa and Grandmaster Flash and Kool DJ Herc conceived when they put together what became hip-hop.

Finally, MCs are always getting asked about who their top five MCs are. Who might be included in the top five MCs for their impact on poetry as reflected in the book?

Who are your top five?

That's tough, too. My top five would be Nas, Kendrick [Lamar], Chance the Rapper, Jean Grae, and ... I don't know who my fifth would be. Maybe Biggie.