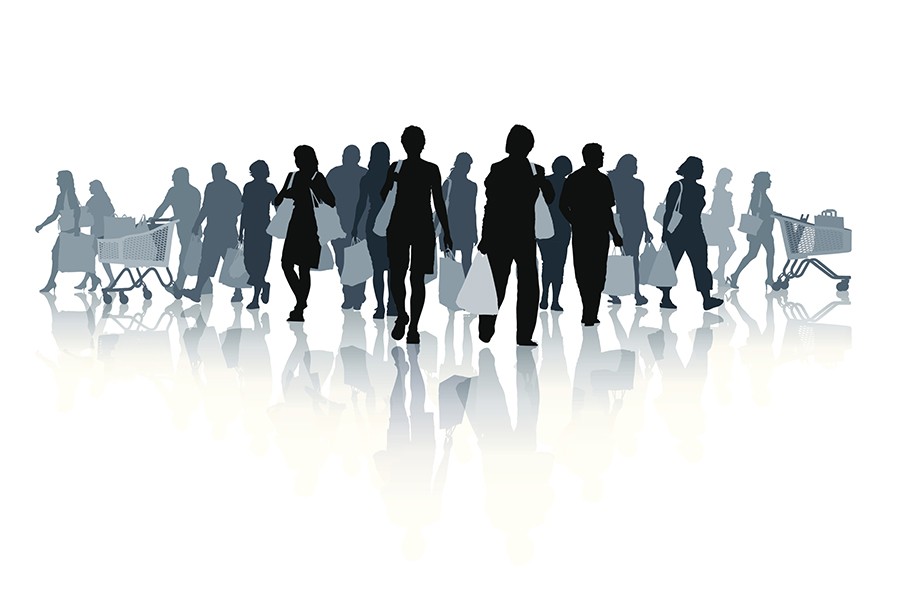 A recent study published in the Journal of Consumer Research suggests that consumers may be influenced by whether they view themselves as more or less of an independent type, and whether they generally try to be ambitious or maintain the status quo.

It's information that not only could help individuals set goals they may reasonably hope to achieve but also could guide marketers in matching a product to a particular audience.

For the study, lead author Haiyang Yang of the Johns Hopkins Carey Business School and his two co-authors examined two kinds of "self-construal"—that is, ways in which people view themselves—as well as two types of goals a person can set. Yang and his colleagues say that while previous studies have looked separately at self-construal and goals, their paper is among the first to look at how the two concepts jointly influence consumer behavior.

Someone with an "independent" self-construal sees himself as distinct from others, while a person with an "interdependent" view of himself aims to fit into the social structure and maintain harmonious relations with others.

Through six experiments involving more than 2,000 participants in the United States and China, the researchers found that those with a predominantly independent self-construal tend to be motivated more by goals of attainment and the accompanying potential for advancement and distinction. However, the more interdependent, or social, individuals tend to be motivated more by maintenance goals that emphasize stability and continuity.

"In one of our studies," Yang said, "we observed people's real-life body weight goal pursuit behaviors—that is, losing vs. maintaining body weight—over a period of 13 months. We found that people who had fewer social ties, and hence were more independent, were more likely to set the goal of reducing body weight. Further, after people set their weight-management goals, the more independent individuals were more motivated, as measured by the amount of the money they were willing to bet on their success, to pursue weight-loss goals as opposed to weight-maintenance goals."

The researchers further assert that consumers can practice the same kind of leverage on themselves by matching their goals to their self-construal and thus increasing the motivation to bring their actions to successful and satisfying conclusions.