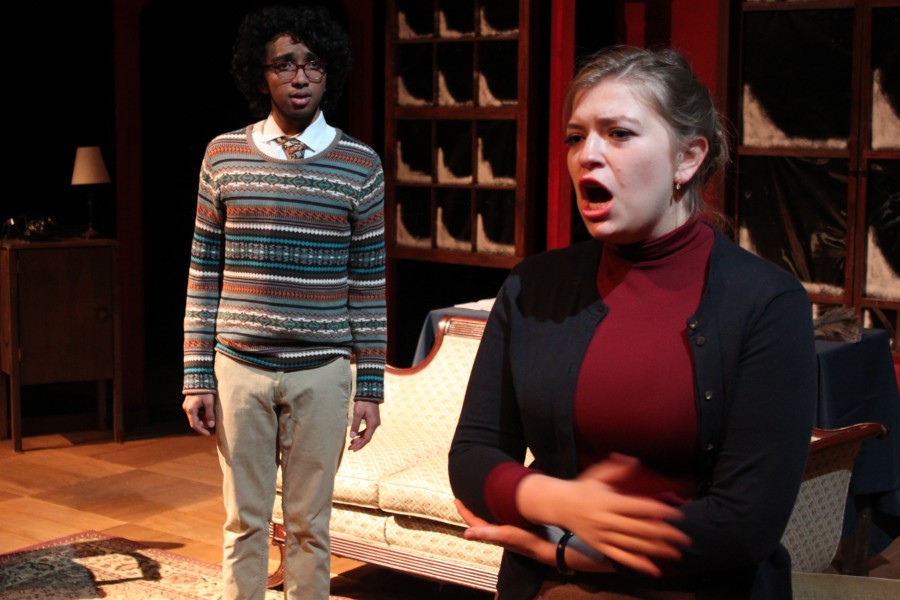 There's a murderer on the loose seeking to avenge a younger sibling's death, and one of the strangers snowed in at Monkswell Manor is the culprit.

And everyone else is in danger.

The Barnstormers, a Johns Hopkins University theater group, take to the stage at Swirnow Theater in the Mattin Center the next two weekends to perform Agatha Christie's murder-mystery play, The Mousetrap. The student group brings the classic whodunit to new life with a diverse cast and unusual staging choices.

Junior Alana DiSabatino is the self-possessed, trouser-clad feminist Miss Casewell, and graduate student Ramanujan Srinath plays the eccentric Mr. Paravicini, who appears at the inn after his Rolls Royce swerves into a ditch. Junior Zachary King joins the stage as Detective Sergeant Trotter, arriving at the inn in the middle of a blizzard on skis.

The actors—at times earnest, at times sarcastic—capture the tension of a group of strangers forced into isolation. There are tender moments: a shaking hand on someone's shoulder, a confession of a false identity. There are moments of suspense, red herrings, and growing distrust. There are bumps—usually over the British accents—that are smoothed by a cast that has clearly encouraged their best work from one another.

The final star of the stage is the set. Depicting the Great Hall of Monkswell Manor, the set is spare and unadorned, save for a few undersized pieces of furniture, a glowing chandelier, and a red-hot hearth in the center. The walls are open, allowing the audience to see characters eavesdropping offstage (one character brags that he is so skilled at sneaking, no one would ever hear him approach on tip-toe). The openness of the stage is balanced with heavy black stage curtains to strategically conceal backstage. The effect is impressive: dark, intimate, and transparent, but as the playbill reminds the reader, "nothing is quite what it seems."

Set designer and technical director Raidizon Mercedes says he was initially worried about the fact that many of the Barnstormers' veteran crewmembers graduated this past spring. However, assembling a younger, fresher crew turned into a blessing.

"It was kind of weird at first, but I was really pleased," he says. "At first we had to figure out what kind of background everybody had in theater and bring them up to speed."

Scott, a 2012 graduate of Greensboro College and professional director, had actors read cold from a few pages of the script in order to audition. "I was looking for people who could play specific 'types,' and for people who could bring their own bags of tricks," he says. What he discovered in the student group impressed him. More than the professionals he has worked with in the past, the Barnstormers came to rehearsals ready to work.

"I was expecting the cast and the crew to come to rehearsals tired. But funnily enough, they had so much motivation. Some of them are in biology classes all day, but they all came here in 'rehearsal mode,'" he says.

"We decided on this show in July and the work hasn't stopped since then," says senior Stephan Capriles, who produced the play with the help of assistant producer Robin Dickey. "I've come to realize production is a mix of creativity, diplomacy, and business. … A lot of people don't realize how much work goes into making sure that the radio turns on exactly when it's supposed to or that the lights flicker as the actor crosses the stage." 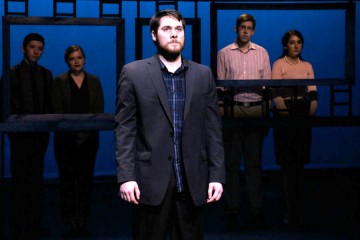