Johns Hopkins on film: A guide to university cameos big and small 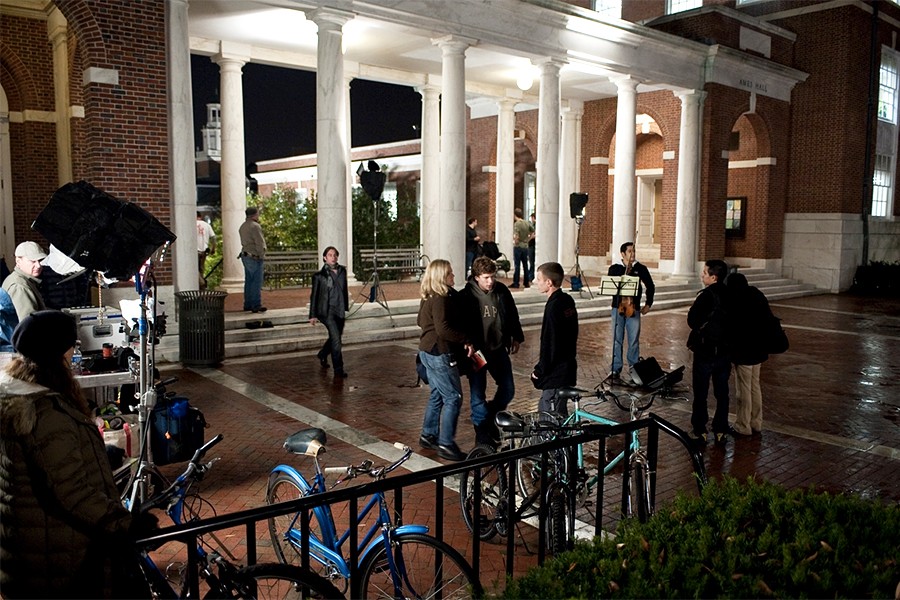 Image caption: Jesse Eisenberg stars as Facebook founder Mark Zuckerberg in 'The Social Network' (2010), which was filmed in part at Johns Hopkins University in 2009, with Homewood campus locations standing in for Harvard.

Have you ever had the experience of watching a movie or television show and suddenly realizing that the stately brick building in the background is part of Johns Hopkins? 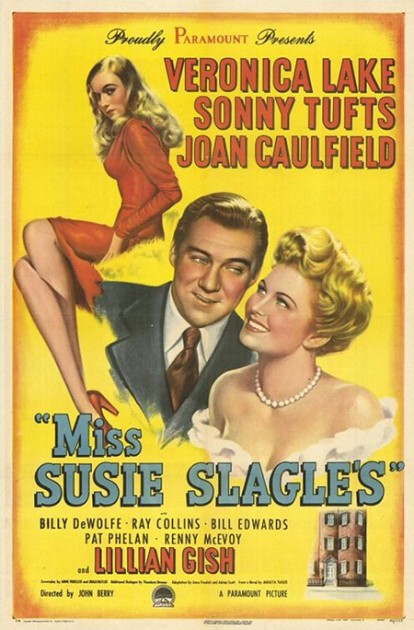 JHU's Homewood campus, Peabody Conservatory, and East Baltimore campus have popped up on both big and small screens over the years, in everything from cult classics to Oscar-winning films. The folks at Hopkins Retrospective did a bit of digging to let you know where you can see Hopkins on film. Perhaps it's time to add a few of these to your Netflix queue?

Mondo Trasho (1969): This early John Waters film features a nude hitchhiking scene on the Homewood campus. A campus security guard summoned the police and Waters, who was filming without permission, was arrested—though the scene still made it into the film.

Sleepless in Seattle (1993): In this romantic comedy that features many Baltimore locations, Meg Ryan visits her brother, a professor, at his office in the George Peabody Library.

The Curve (1998): It's nowhere near Oscar material, but this campy campus thriller about roommates who go way too far in their quest for a 4.0 was filmed on the Homewood campus and in a Charles Village fraternity house that's now a private residence.

Hopkins 24/7 (2000): A six-part television documentary, produced by ABC, that gave viewers an inside look at life in the Johns Hopkins Hospital.

Something the Lord Made (2004): This HBO film tells the story of Vivien Thomas, the groundbreaking African-American surgical technician who partnered with cardiologists Alfred Blalock and Helen Taussig to develop a surgical solution to "blue baby" syndrome. It was filmed on the East Baltimore and Homewood campuses.

The Invasion (2007): Nicole Kidman plays a psychiatrist whose son may be the key to stopping an alien lifeform from infecting the entire human population. Key scenes were filmed in Mudd Hall biology laboratories.

Hopkins (2008): A seven-part documentary series on the Johns Hopkins Hospital, produced by ABC, that shows the real-life dramas taking place there each day for doctors, nurses, residents, and patients.

The Social Network (2010): Several recognizable Homewood campus locations—the Keyser and Wyman quads, the space behind AMR I, and the walkway between Rogers House and University Baptist Church, to name a few—stand in for Harvard University in David Fincher's drama about undergrad and computer genius Mark Zuckerberg and the early days of Facebook.

Veep (2012- ): In season one, Selina Meyer visits a frozen yogurt store for a publicity outing. The "DC yogurt store" is actually Dominion Ice Cream, just across Charles Street from the Mattin Center on the Homewood campus. The Charles Commons residence hall can be seen in several shots.

Films about (but not filmed at) Hopkins

Miss Susie Slagle's (1946): Based on a book by Augusta Tucker, this film tells the story of a nursing student (Veronica Lake) who falls in love with a Hopkins medical intern in 1910 Baltimore. The film has never been released on video or DVD, so look for it on your favorite classic movie channel!

&nbsp;
Did we forget to include one of your favorite Hopkins portrayals in TV or film? Let us know in the comments section below.

Hopkins Retrospective is an initiative to expand our understanding of the history of Johns Hopkins and weave that history into the university experience. Visit http://retrospective.jhu.edu to learn more.