An artist of textures: Jane Dickson to speak at Johns Hopkins 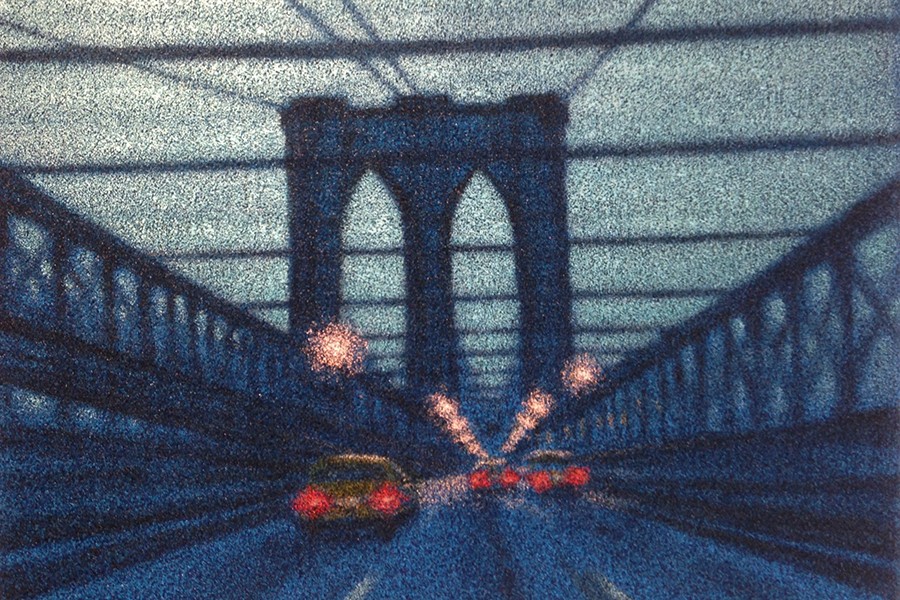 New York-based artist Jane Dickson, who paints on everything from sandpaper to Astroturf, will discuss her work on Oct. 29 at Johns Hopkins University. 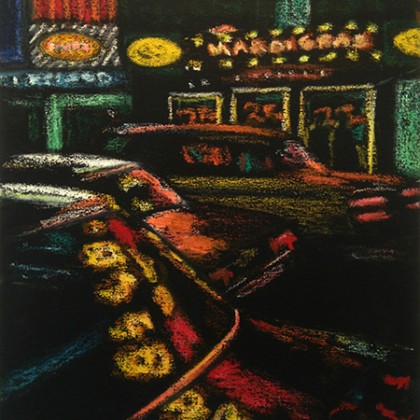 Her talk, "The Architecture of Distraction," will begin at 5:30 p.m. in Room 101 of the F. Ross Jones Building, Mattin Center, on the Homewood campus in North Baltimore. Admission is free, and the event is open to the public.

Dickson's paintings, drawings, and prints first came to prominence in the 1980s through her work with seminal DIY artist collectives such as Colab (Collaborative Projects) and Fashion Moda.

In an essay/interview published on Hyperallergic.com, art historian and critic Jennifer Samet writes, "Jane Dickson is best known for her nocturnal cityscapes of the old Times Square—peep shows and porn parlors—but she has also mined subjects such as Las Vegas, Coney Island, American highways, demolition derbies, and suburban homes. She often paints on alternative supports like carpets, vinyl, sandpaper, and Astroturf. The pixelation of the image she achieves with these surfaces, and the implied feeling of distance, could be mistaken as a commentary on modern detachment. However, it is more reflective of Dickson's attitude, a nonjudgmental form of observation that creates space for projection and reflection."

Dickson's work has appeared in 40 solo exhibitions and nearly 200 group exhibitions in the United States, Europe, and Asia. Her pieces are in the permanent collections of 25 museums, including the Metropolitan Museum of Art, the Museum of Modern Art, the Whitney Museum of Art, the Art Institute of Chicago, the Library of Congress, the Victoria and Albert Museum, and the Brooklyn Museum of Art. Among her public art works is a series of 67 mosaics of New Year's Eve "Revelers" installed in 2007 in the Times Square MTA Station.

Dickson has received numerous grants and awards from institutions, including the National Endowment for the Arts, the American Academy of Arts and Letters, and the Joan Mitchell Foundation. She was elected a member of the National Academy of the Arts in 2014.

Dickson works and lives in New York City with her husband, filmmaker Charlie Ahearn. She teaches in the Dyson College of Arts and Sciences at Pace University.