Johns Hopkins University cosmologist Alexander Szalay has received the 2015 IEEE Computer Society Sidney Fernbach Award, which recognizes outstanding contributions in the application of high-performance computers using innovative approaches. Szalay was recognized "for his outstanding contributions to the development of data-intensive computing systems and on the application of such systems in many scientific areas including astrophysics, turbulence, and genomics," the group said in announcing the honor. 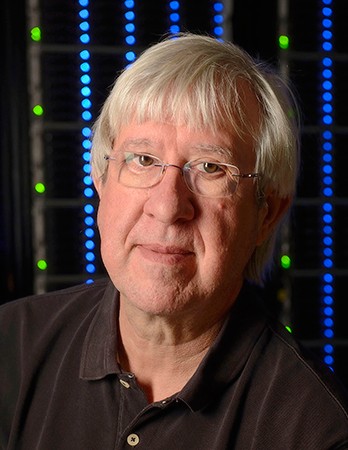 Szalay wrote the first papers associating dark matter with relic particles from the Big Bang and more recently has been working on problems related to large data sets in physics and astrophysics. He is a JHU Bloomberg Distinguished Professor and a faculty member in the departments of Physics and Astronomy and Computer Science. He is also the director of JHU's Institute for Data Intensive Engineering and Science and the architect for the Science Archive of the Sloan Digital Sky Survey.

"At JHU, we started to work on big data in science more than 15 years ago, through our involvement in the Sloan Digital Sky Survey," Szalay says. "This was entirely uncharted territory at the time, and during this time we have built a world-class team through universitywide collaborations, created the Institute for Data Intensive Engineering and Science, and expanded into many other domains of science. The Fernbach Prize is a wonderful recognition of our journey, the result of an enormous team effort. I am proud to have helped to influence the careers of many brilliant young people in this new era of interdisciplinary science."

The IEEE Computer Society is the world's leading membership organization for modern computing professionals. The award will be presented to Szalay on Nov. 17, 2015, at the SC15 Conference, an international conference for high-performance computing, networking, storage and analysis.