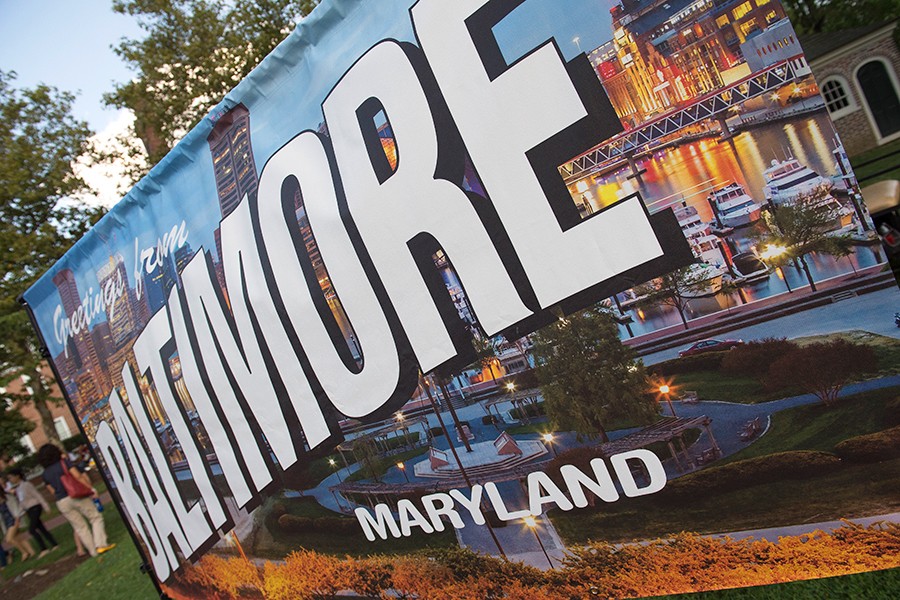 Helping new Johns Hopkins students get to know the Homewood campus is one goal of Orientation for undergraduates, which kicks off later this week. But another equally important goal is to help them move beyond it.

"Baltimore Day," scheduled for Sunday, is designed to help the more than 1,300 first-year JHU students get better acquainted with the city where they'll spend much of the next few years—its culture, its history, its neighborhoods. And its crab cakes.

Part of that process began before students arrived in Baltimore. Over the summer, incoming students were asked to read The Beautiful Struggle by Ta-Nehisi Coates, the West Baltimore native's memoir of growing up in the city as a young black man. New students will discuss the book in small groups as part of Orientation activities.

On Sunday, the incoming students will get the chance to experience their new home up close through a variety of Baltimore-themed activities. In the afternoon, students will spread out across Baltimore in small groups to get a taste of some of the city's neighborhoods beyond Charles Village.

In Little Italy, for example, participants will sample pastries from Vaccaro's, give bocce ball a try, and hear from Johns Hopkins Professor Eugenio Refini about Italian-American culture, particularly the Maryland experience. Refini, director of undergraduate studies in Italian, is fairly new to Baltimore himself and says he sees the value of "making students aware of other bits of the city" outside the Homewood bubble.

"Students tend to live on campus and around campus, so they know this area … but it's important to engage in exploration of Baltimore," says Refini, adding that he has been surprised by how much the city has to offer. "Honestly I've found it much more interesting than I thought when I moved."

In addition to Little Italy, different student groups will head to Druid Hill, Station North, Mount Vernon, Federal Hill, and Fells Point, among other locations. Each group will visit some of the sites and attractions in its assigned neighborhood and hear about its culture and character from a community or faculty member, says orientation coordinator Justin Beauchamp.

Baltimore Day is book-ended by two major presentations. In the morning, there's "In the City and of the City," during which students will be encouraged to get involved in Baltimore and navigate their way around it. The speakers are Rollin Johnson Jr., who directs the JHU Center for Social Concern, and Greg Smith, director of transportation for Hopkins, who will talk about public transit options for students.

In the evening, several Baltimoreans—including a current Hopkins undergrad, a faculty member, and an alum who remained a resident of the city—will give short talks, followed by more small-group discussions. One talk will specifically address inequality and poverty in Baltimore and nationally, and will provide an overview of research over the summer in which students interviewed Baltimore residents about the roots of the April unrest.

That will be followed by a picnic dinner, where students will get to enjoy some local favorites, including crab cakes, pit beef, Utz chips, and steamed corn with Old Bay seasoning.

This is the second year Hopkins has hosted Baltimore Day as part of its Orientation events. The goal, says Beauchamp, is to let new students know that "we're part of Baltimore—we don't just happen to be here."

More information can be found on the New Student Orientation web page. 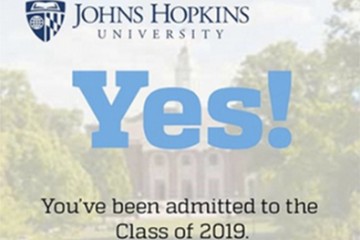