Experts at Johns Hopkins reflect on successes, failures of Medicare at 50

Half a century ago this month, President Lyndon Johnson signed the nation's Medicare program into law, guaranteeing health insurance for all Americans over 65. Today the program is both hailed for its innovative approach and criticized as an anachronism, according to health policy experts who gathered at the Johns Hopkins Bloomberg School of Public Health on Wednesday.

Those experts—including former U.S. congressman Henry Waxman and Karen Davis, who directs the Roger C. Lipitz Center for Integrated Health Care at Hopkins—discussed the achievements and challenges of "Medicare at 50". 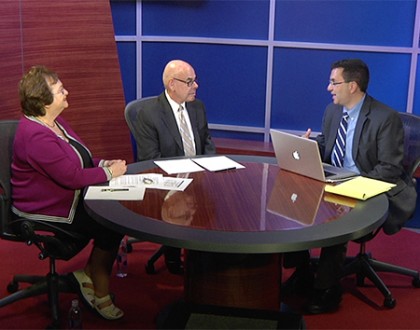 Waxman, who joined Hopkins earlier this year as its Centennial Policy Scholar, pointed to Medicare, along with Social Security, as lynchpin programs providing "fundamental protection and security for people when they get older or when they're disabled."

The experts characterized Medicare as a largely successful model that has adapted to the country's needs over time and set the bar for health care reforms and private insurance companies. Sean Cavanaugh, director of the Centers for Medicare & Medicaid Services, said that though he hears from the private sector, "you're a dinosaur, you need to innovate," by and large the private sector continues to look to Medicare as a model for its own practices and payment methods.

But the panelists also highlighted Medicare's biggest problems today, including its excessively complex structure, its reliance on high-priced pharmaceuticals, and in particular its inability to shoulder the burdens of long-term care. That area, Waxman said, remains a huge "blind spot." Many seniors who end up in assisted living or nursing homes are "in for a very rude shock," he said, when they find themselves whittling away all their life savings on health care costs. "That is so dehumanizing for people," he added.

"Despite all that Medicare has done, older people in America pay more out of pocket for health care expenses than similar people in other countries and report more problems with access to care," Davis noted.

Another looming obstacle for Medicare is how it will absorb the aging baby-boom population, which started to become eligible for the program in 2011. Cavanaugh said Medicare participation is poised to grow by 68 percent over the next 15 years. "We face problems we've never faced before," he said.

The panelists also examined Medicare through a historical lens. Echoing Davis' article this winter in the New England Journal of Medicine, Sheila Burke of Harvard University depicted the program as "born of frustration and desperation" at a time when nearly half the country's seniors were uninsured.

Though Medicare has innovated in many ways over its 50 years, with additions including integrating hospice services and covering the costs of prescription drugs, the changes have been "very slow," Burke said. And the program remains "confusing [and] complicated for beneficiaries and providers," she said.

Waxman, who steered forward a number of critical pieces of health care legislation during his 40 years in Congress, said he welcomes the opportunity to broach Medicare topics from an academic perspective at Hopkins.

"I think there's some exciting things being talked about on campus," he said.

The discussion was the first in a monthly seminar series Waxman will host throughout the Bloomberg School's centennial year that will bring together public health leaders, policymakers, and others to explore pressing public health topics, including long-term care, mental health, climate change, and tobacco control.

Archived video of the "Medicare at 50" webcast can be viewed on the JHU Ustream channel. 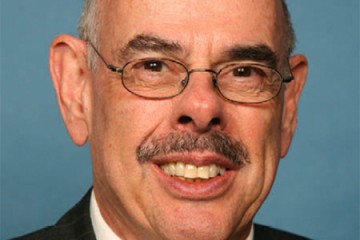