Christian M. Kaiser, an assistant professor in the Department of Biology at Johns Hopkins University, has received a $240,000 grant from the Pew Charitable Trusts to study how proteins are produced that function in the cells of all living organisms, including humans. 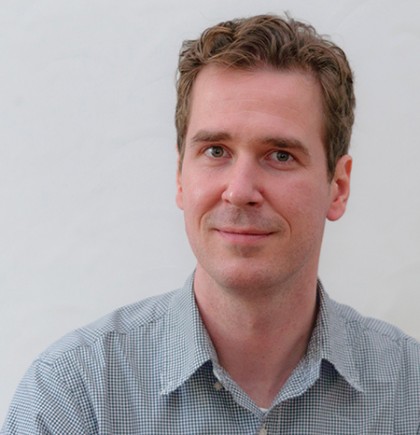 Kaiser, who is one of 22 young scientists across the country chosen as Pew scholars in the biomedical sciences for the four-year grants, said he and his team are researching how several mechanisms work together at the molecular level to make protein strands and fashion them into the specific shapes that allow them to function. The work could eventually help scientists better understand cancer, diabetes, and diseases that attack the nervous system.

The awards were announced June 11.

"There are many diseases that are caused by dysfunctional imbalances of these processes" at the molecular level, said Kaiser. "Even minor impairment can have very pathological consequences."

The Pew program, which has awarded grants to more than 600 scientists since it was established 30 years ago, recognizes scientists for "their dedication to pursuing the high-risk, high-reward research that can lead to extraordinary findings in bioscience," according to the Pew Charitable Trusts.

"We are proud to provide a launching pad for the adventurous minds represented here, who will surely advance the field of biomedical science and create a healthier world for all of us," Rebecca W. Rimel, Pew's president and CEO, said in a statement.

Kaiser, who joined the Hopkins faculty in 2013, is using laboratory techniques developed in only about the last 20 years giving researchers to manipulate individual protein molecules. A tabletop device that Kaiser built himself is equipped with a laser beam that allows researchers to watch single protein molecules as they are created, folded into shape, and move across cell boundaries.

Vincent Hilser, chairman of the Department of Biology in the university's Krieger School of Arts and Sciences, said Kaiser is "an amazing scientist" with a gift for devising laboratory experiments.

"He has remarkable intuition about what things might work," Hilser said.

Kaiser is the second member of the biology faculty to win a Pew award in two years.