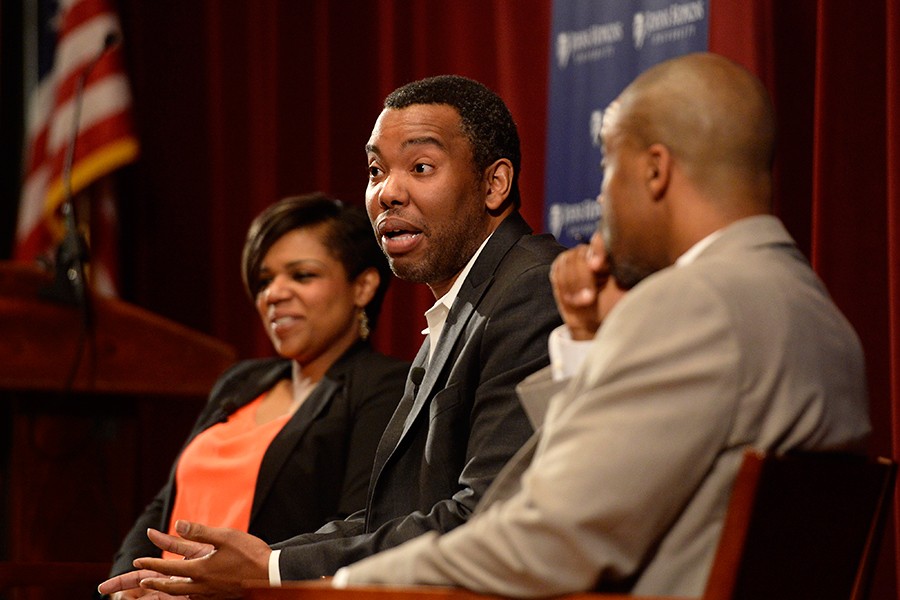 The inaugural JHU Forum on Race in America featuring acclaimed writer and Baltimore native Ta-Nehisi Coates was planned months ago, organizers said, to launch a conversation at Johns Hopkins University about race and racism in our community and in our country. 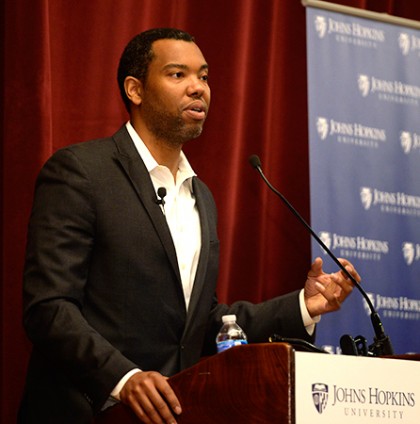 Just days before the event, Baltimore erupted into riots following the funeral of Freddie Gray, the unrest beginning in the same neighborhood where Coates grew up. His mother, Coates wrote in The Atlantic earlier this week, was raised in the same West Baltimore housing project in which Gray was taken into police custody.

With concerns about Baltimore's charged atmosphere still top of mind and National Guard soldiers deployed on the city's streets, Coates stepped to the podium Thursday morning at a packed Shriver Hall on JHU's Homewood campus. But Freddie Gray, the Baltimore man who suffered fatal injuries while in police custody and died a week later, didn't come up as often as anyone might have guessed. Other phrases were more dominant: plunder, white supremacy, system, and violence.

The focus for Coates, one of the country's leading public intellectuals on the topic of race, was not the broken mechanisms of the present. Rather, he repeatedly steered the conversation back to the past.

Coates declined to engage deeply in debates about the modern-day war on drugs, police corruption, or why race relations are so strained in Baltimore despite its majority-black leadership. Instead he encouraged attendees to look holistically at the centuries of "plunder" that have shaped America, from the days of slavery through the Jim Crow era and the discriminatory federal housing policies of this century.

It would be a mistake, the writer cautioned, to "begin the conversation with the quote-unquote riot."

Coates, a national correspondent for The Atlantic and a journalist-in-residence at the City University of New York, has written at length about the historical backdrop of the economic and societal disparities for blacks in this country. His best-known exploration of the topic is "The Case for Reparations", a controversial June 2014 Atlantic article that calls for America to take action to correct the wrongs of the past. In it, he writes:

An America that looks away is ignoring not just the sins of the past but the sins of the present and the certain sins of the future. More important than any single check cut to any African American, the payment of reparations would represent America's maturation out of the childhood myth of its innocence into a wisdom worthy of its founders.

Any white person in this country who is not actively wrestling with these realities, Coates suggested Thursday, is "retreating into a dream." He affirmed that his writings are meant to be confrontational and uncomfortable, saying "history and politics don't exist to make you feel good about yourself."

The idea of willful ignorance came up several times during the forum. Debra Furr-Holden, associate professor of mental health in the Bloomberg School of Public Health and co-moderator of the event, said that trying to speak bluntly with her students about white privilege can be like forcing them to swallow an elephant.

Forum co-moderator Nathan Connolly, an assistant professor of history in the Krieger School of Arts and Sciences, noted that Coates' talk was originally planned as a response to flashpoint events like the Michael Brown shooting in Ferguson, Missouri, and the death of Eric Garner in Staten Island, New York. Connolly said it was a "cosmic act" that Coates came to Baltimore at a time when the city has become a focal point of the country's attention.​

"We had no idea whatsoever that our city was teetering on the edge of becoming a focal point," added Johns Hopkins University President Ronald J. Daniels, who opened the event with brief remarks.

The near-capacity crowd included students, faculty, and staff from across the Johns Hopkins community, but also Coates' own father, wife, son, two nephews, and a couple of his former elementary school teachers from Baltimore.

In addressing the recent upheaval in his hometown, Coates zeroed in on Gov. Larry Hogan's statement that "violence will not be tolerated." Growing up in West Baltimore, Coates said, "violence was tolerated for all my life." Every single decision he made as a child—which clothes to wear, which route to take, how to spend his lunch hour—"was about avoidance of violence," he said.

While Coates emphasized that he didn't condone the recent violent acts in Baltimore, he pointed out that "we're making a statement" in only paying attention to young black men the moment "they pick up a rock." 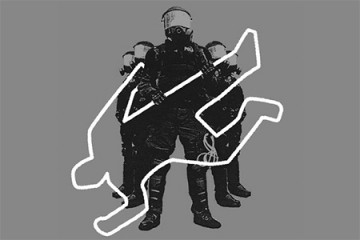 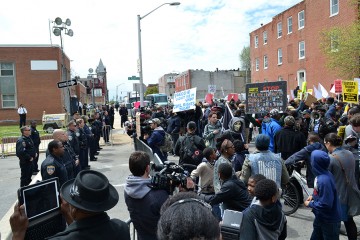