Commentary: Injustice that goes beyond the death of Freddie Gray

D. Watkins, a Baltimore native and writer who earned a master's from the Johns Hopkins School of Education in 2011, tackles the uneasy relationship between the city's black community and its police force in an op-ed published in The New York Times today titled "In Baltimore, We're All Freddie Gray."

Watkins, who was profiled in the Fall 2014 issue of Johns Hopkins Magazine, recounts a few of his own encounters with police in Baltimore and talks about the protests sparked by the April 19 death of Freddie Gray.

"The young uprisers of Baltimore have been paying attention to the peaceful protests in Sanford, Fla., Ferguson, Mo., and New York, only to be let down by the end result, over and over again," Watkins writes. "We are all starting to believe that holding hands, following pastors and peaceful protests are pointless."

More from The Times:

But it's not only about Freddie Gray. Like him, I grew up in Baltimore, and I and everyone I know have similar stories, even if they happened to end a little differently. To us, the Baltimore Police Department is a group of terrorists, funded by our tax dollars, who beat on people in our community daily, almost never having to explain or pay for their actions. It's gotten to the point that we don't call cops unless we need a police report for an insurance claim.

And it's about more than just the cops. We've watched as Mayor Stephanie Rawlings-Blake, in conjunction with Police Commissioner Anthony W. Batts, spent over a week investigating what appears to be an open-and-shut case. I'd like to think that if I broke a person's neck for no reason, I'd be charged in minutes. But the system—even when it's run by a black mayor and a black commissioner, even when a majority of the City Council is black—protects the police, no matter how blatant and brutal they are. 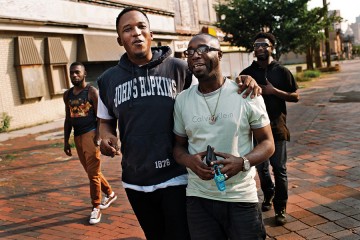