Dolphin study could yield insight into how mercury influences health 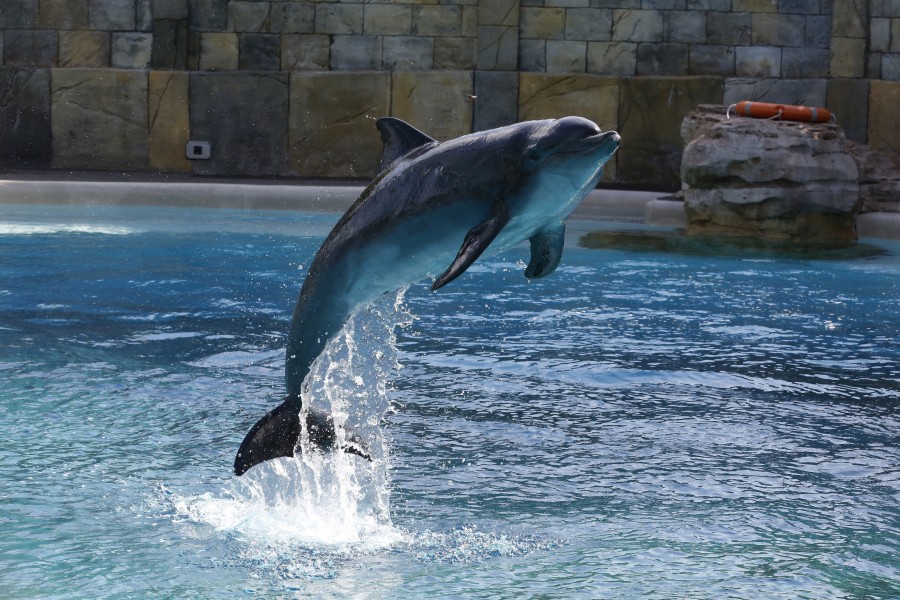 Johns Hopkins environmental scientists are collaborating with researchers from Dolphin Island at Resorts World Sentosa in Singapore to learn more about how and where mercury accumulates in the bodies of Indo-Pacific bottlenose dolphins.

The partnership was formed because aquariums and zoological institutions are uniquely qualified to conduct research involving aquatic animals in their care in order to help protect and conserve wild populations of similar animals—in this case, dolphins. It is very difficult to obtain critical data on populations in nature due to difficulties in gathering details on diet, overall health, and related issues.

The researchers are analyzing blood samples and health records from 10 dolphins that have been under the care of Dolphin Island for more than five years. Since their arrival at Resorts World Sentosa, the dolphins—which are at the top of the aquatic food chain—have been fed a diet of fish and squid prepared by the marine mammal team and procured through responsible sourcing.

Because the marine mammals' blood has been sampled regularly in the years since their relocation, the researchers can analyze the samples and look for any change in mercury levels.

"The main thing we're trying to determine is how the diet in the controlled environment may influence the health of dolphins, with respect to mercury consumption," said Edward Bouwer, principal investigator on the project. Bouwer is chair of the Department of Geography and Environmental Engineering in Johns Hopkins' Whiting School of Engineering.

The project is important because health experts are worried about human and animal consumption of mercury, particularly in a form called methylmercury. Ingestion of this substance, which accumulates in seafood or other food sources over a prolonged period, can harm the human brain and other parts of the nervous system, particularly in young children. Dolphins, sharks, and other apex predators that consume too much methylmercury may suffer similar damage.

The mercury found in marine animals often originates from coal-fired power plants. These plants emit mercury into the atmosphere and it later deposits into surface waters and oceans, where bacteria turn it into methylmercury. Methylmercury ingested by smaller marine organisms makes its way up through the sea's food chain, resulting in bioaccumulation throughout the ecosystem, most noticeably in aquatic apex predators. This study aims to shed light on the impact of mercury on the oceans, which humans rely on for food.

Bouwer and his co-principal investigator, marine biologist Erik Rifkin, studied this health threat three years ago by assessing mercury levels in dolphins in human care that were fed a controlled diet at the National Aquarium in Baltimore. Their team found that the aquarium's Atlantic bottlenose dolphins, whose fish diet originated in low-mercury waters, tested lower in mercury exposure than their wild counterparts who lived in southeast ocean waters of the United States, where mercury pollution was more prevalent.

Their new conservation initiative is in collaboration with Singapore's Resorts World Sentosa, an integrated destination resort encompassing world-class attractions. Dolphin Island is home to Indo-Pacific bottlenose dolphins, where guests can interact with the marine mammals up-close and learn about them. Scientists at the resort possess blood samples drawn over a five-year period, enabling the research team to compare mercury levels over time and determine how this contaminant is distributed in these marine animals in nature and at Dolphin Island.

The resort's staff seeks to promote the conservation and protection of marine ecosystems and species. Its animal care team also engages in applied science research concerning marine species, and it shares its results through conferences and symposia.

"Marine education, conservation and research have been key pillars at Dolphin Island, and we are glad to collaborate with Johns Hopkins University in furthering our knowledge of marine mammals," said Alfonso Lopez, chief veterinarian at Resorts World Sentosa. "We maintain a strict preventative care regime for our marine mammals, and blood samples are drawn on a regular basis for health checks, ensuring the animals' well-being."

A key goal of the Johns Hopkins-Resorts World Sentosa joint dolphin study is to share the results in peer-reviewed scholarly publications. Team members are also discussing plans to extend the study to the resort's other key marine attraction—Southeast Asia Aquarium—focusing on mercury levels in sharks, manta rays, and other aquatic apex predators.

"This is a unique opportunity for us to work with an institution that has demonstrated a willingness to conduct independent, applied research designed for the future protection of marine ecosystems by obtaining data from animals in their care," said co-principal investigator Rifkin. "Resorts World Sentosa has the resources, personnel, and displays to advocate for the conservation and preservation of aquatic animals in nature and in human care. We are very excited about this partnership."

A formal abstract describing this project has been accepted for presentation in June 2015 at the 12th International Conference on Mercury as a Global Pollutant, which will be held in Jeju, Korea. A mutual goal of Resorts World Sentosa and Johns Hopkins is to establish affiliations with world-renowned research and conservation organizations in support of ongoing and future research concerning local marine animals and ecosystems in Southeast Asia.

Bouwer and Rifkin are co-directors of the Johns Hopkins-based Center for Contaminant Transport, Fate, and Remediation, which has been deeply involved in the study of the risks and impacts associated with mercury exposure in aquatic ecosystems. On the Singapore project, they are also collaborating with Yongseok Hong, a former Johns Hopkins postdoctoral fellow who is now a professor affiliated with Daegu University in Korea.

Resorts World Sentosa is providing more than $150,000 in funding support for the initial 16-month project. 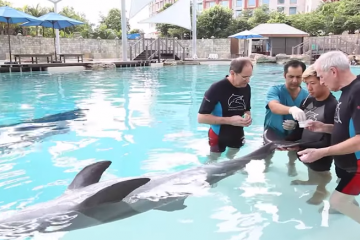