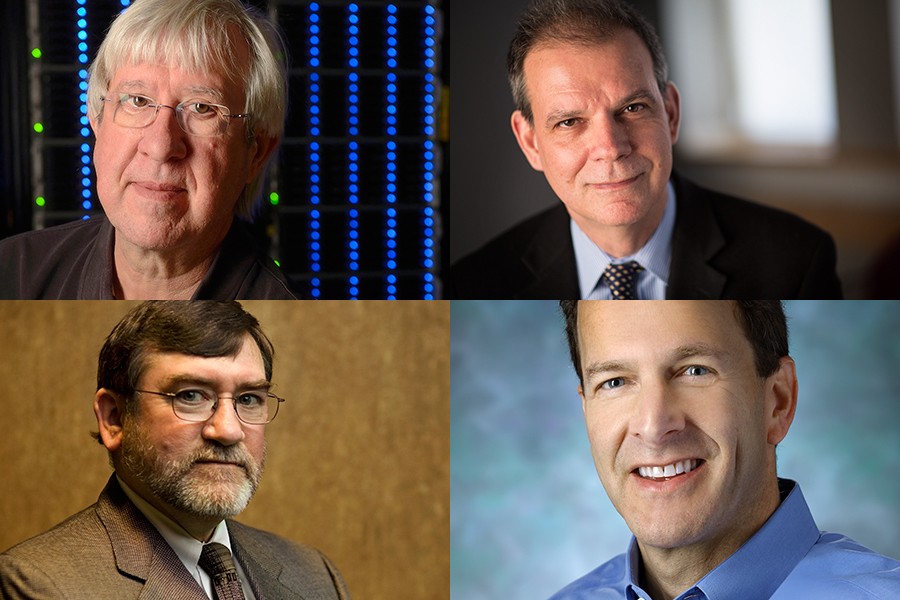 Each will be affiliated with two or more JHU schools and divisions, conduct multidisciplinary research that furthers the university's signature initiatives, and teach students across the university. With the addition of these four, Hopkins is now home to a total of 10 Bloomberg Distinguished Professors, a number that is expected to swell to 50 within the next four years.

The endowed professorships are supported by a $350 million gift to the university by Johns Hopkins alumnus and former New York City Mayor Michael Bloomberg, who sought to encourage collaboration across disciplines in pursuit of answers to global challenges.

"The real excitement here is how each of the Bloomberg Distinguished Professors ties into the university's signature initiatives [individualized health, the science of learning, the future of cities, the sustainability of water resources, and global health]," says Denis Wirtz, vice provost for research. "The two mechanisms together are a healthy and energizing way to build upon the university's interdisciplinary research capacity and strengthen our leadership in these vital fields."

Arturo Casadevall "came of age" as a physician during the height of the 1980s AIDS epidemic. "I couldn't believe all these people, who were younger than I was, were dying from something we didn't understand," he says.

He didn't know whether scientists would be able to treat the virus itself, so he turned his attention to the opportunistic infections that take hold once an immune system has been compromised. Since then, he's spent more than two decades studying the fungus Cryptococcus neoformans, which in the 1980s killed about 10 percent of AIDS patients in the United States and is still a major cause of death in Africa.

Today, in his new role as chair of the W. Harry Feinstone Department of Molecular Microbiology and Immunology at the Bloomberg School of Public Health, he continues his mission to understand how microbes cause disease and how the immune system defends itself. He says he hopes his work will help protect people from harm caused by new pathogens and resistant organisms, and by compromised immune systems resulting from HIV, cancer therapy treatments, and other causes.

As a newly appointed Bloomberg Distinguished Professor, Casadevall will bring his experience from the Albert Einstein College of Medicine, where he served as director of the Center for Immunological Sciences, to create synergy among immunologists across the university. "Hopkins has a long tradition of excellence. There's a depth of expertise here that's just not possible in smaller places," he says, explaining that his goal is to harness that expertise to "more rapidly develop immunotherapies for infectious diseases and cancer."

In his teaching role, Casadevall plans to explore new ways of training future scientists. "My idea is to develop a program of putting the 'Ph' [philosophy] back into 'PhD,'" he says. "Right now, we're good at training scientists in very narrow areas, but they have difficulty communicating across disciplines or with the public." His aim is to provide broader education while still maintaining the ability to train focused scientists.

"Hopkins reformed medical education 100 years ago, and now we can experiment with creating better ways of training scientists," he says.

Christopher Chute, a "lapsed epidemiologist" and newly appointed Bloomberg Distinguished Professor, is always asking: How can we use data to figure out whether we're helping or hurting people?

Now the chief health research information officer of Johns Hopkins Medicine, Chute began his career as a curious medical student who realized that "much of what they were teaching us was folklore and anecdote." He had never heard the term "evidence-driven," but he knew that's what the practice of medicine should be.

His search led him to the fields of epidemiology and statistics, where he learned how to crunch data to prove medical efficacy but discovered "there was no data" that was comparable and consistent enough to yield reliable results. "Getting an answer is easy once you have the data. The hard part is getting the data right," says Chute, who self-trained to become an informatics expert and made "comparability and consistency" the mantra of his career.

With the experience he gained at the Mayo Clinic (and from "just about every health care standards organization ever known"), Chute is looking at what else Hopkins will need—in addition to the new EPIC electronic medical records system—to manage its clinical data as a first-rank, top-priority resource that makes evidence-based clinical practice and translational research possible.

"I'm here to catalyze a process that is already underway," explains Chute, who says he was struck by how many Hopkins investigators are working with outside institutions for their outcomes research "because clinical data hasn't been a first-rank resource at Hopkins. But that's changing radically."

It's no small task to create the infrastructure and processes to ensure comparable and consistent data at an institution as large as Hopkins. But at the age of 59, after a 27-year career at Mayo Clinic, "I had a choice between coasting to the finish line or taking on a tremendously difficult new challenge with the risk of not achieving everything I want to," he says. Was it worth it? "It's just delightful, invigorating, and exciting. It's definitely fun."

Like most Bloomberg Distinguished Professors, computational biologist Steven Salzberg defines his work by the problems he finds fascinating—and which don't necessarily fall within his usual field of study.

Salzberg began his career as an assistant professor of computer science at Johns Hopkins, before his interdisciplinary curiosity led him to join the Human Genome Project in the early 1990s. He self-trained as a computational biologist, then moved to the Institute for Genomic Research, where he was one of only two computer scientists to work on some of the first genomes ever sequenced.

Salzberg eventually returned, in 2012, to Hopkins, where his work can be more quickly translated into clinical applications. As the director of the Center for Computational Biology, he leads a group whose research focuses on developing new computational methods and applied software for analyzing DNA with the latest sequencing technologies.

"What we do looks like computer science, but we aim to solve problems in medicine and biological science," he says. For example, Salzberg and his Hopkins colleagues are now able to take a sample from the site of an infection and use sequencing to determine what the infection is. "They don't do it at your doctor's office yet—but they could," says Salzberg, who aims to develop computational methods to prove what is feasible and can quickly make its way into practice.

In addition, Salzberg is teaching a new class on computational personal genomics, offered to students in the departments of Biomedical Engineering and Computer Science. His lessons go far beyond the classroom, though, with his popular science blog on Forbes.com reaching nearly 1.5 million people each year.

Though Salzberg currently works across JHU departments, the Bloomberg Distinguished Professorship, he says, gives him a new freedom—to worry less about grant writing and "focus more on the science and teaching, which is what I'm here to do."

More than 90 percent of the world's data has been created in the last two years alone, and each day we add 2.5 quintillion bytes more. "We've reached a point where we can't continue storing and analyzing data as we've done before. It's time for a different approach," says Alexander Szalay, founding director of the Institute for Data Intensive Engineering and Science at Johns Hopkins.

Szalay, who has been on the Hopkins faculty since 1989, says his interest in big data began in the early 1990s, when his "day job was entirely astrophysics," and he became a key contributor to the Sloan Digital Sky Survey, a collaboration of 11 institutions that has created the most detailed three-dimensional maps of the universe ever made.

Since then, he has collaborated with Microsoft computer scientist Jim Gray and colleagues at Johns Hopkins to build scientific databases "that changed the way we do astronomy" and democratized access to supercomputer simulations.

It's a model that other disciplines want to emulate. Szalay, who is a professor in the Department of Computer Science as well as an Alumni Centennial Professor of Astronomy, has already helped build a similar database for radiation oncology, and is now collaborating on designing one for high-throughput genomics. His methods, which can be used across the physical and life sciences, are creating "a new paradigm of data-intensive science." The program, Szalay believes, will help the university become "a major player" in the world of high-performance computing.

Through the Bloomberg Distinguished Professorship, Szalay also will be teaching a new class in data science, a mix of statistics, computer science, and basic sciences that he thinks will become the fundamental language used by the next generation of scientists.

"The Bloomberg Distinguished Professorships break down a lot of barriers between different schools," Szalay says. "The 'One University' slogan couldn't be recognized in a nicer way."

Editor's note: Jim Gray was misidentified in an earlier version of this article. We regret the error. 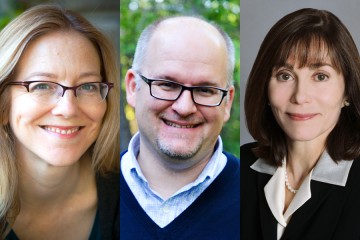 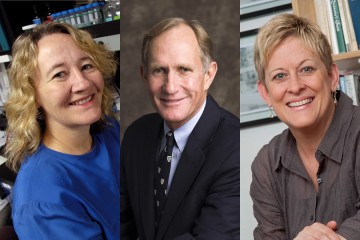