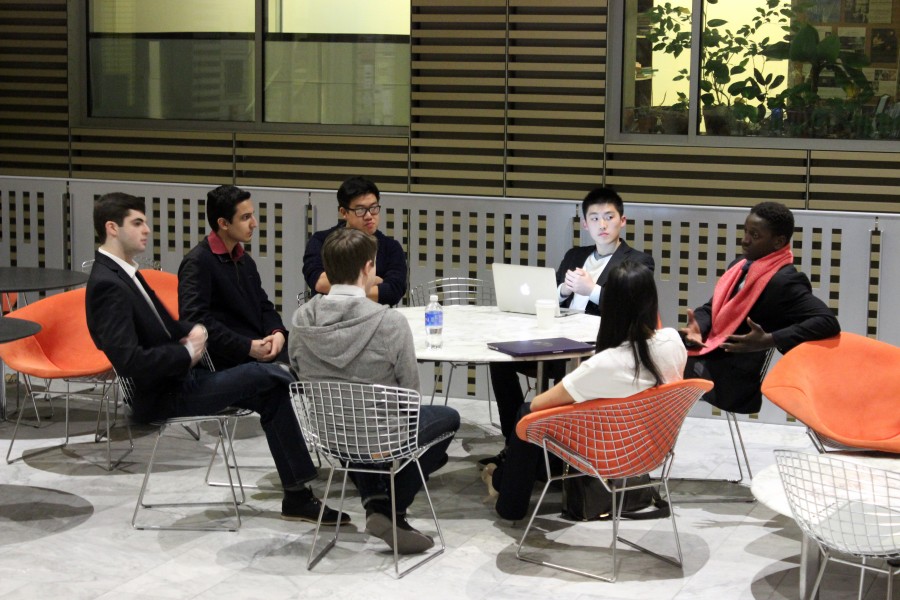 Image caption: The ShapeU team at a weekly update meeting

When Seal-bin Han, a self-proclaimed wimpy kid, hoped to bulk up in college, he hunkered down at Johns Hopkins University's O'Connor Recreation Center and went to work.

But a hectic schedule, intimidating gym rats, and fleeting urges sometimes got in the way.

He plans to squash these excuses, and countless others, with his latest enterprise, an affordable personal training platform that gives users their social fix while they get fit. That's the idea behind ShapeU, an online tool that uses a matching mechanism (think online dating) to form small workout groups and pair them with a personal trainer.

"I decided to give it a try because doing anything with friends makes it more fun," said Thomas Keady, a JHU freshman and ShapeU participant.

"If you have an appointment, you're paying for it and your personal trainer and friends are waiting for you, then that's more motivation to go than if you were going to walk to the rec center by yourself."

And it's affordable, even on a student budget. Splitting the cost of the trainer lowers the price to between $6 and $8 per student for a weekly session. They get personal training advice for the price of a burrito, says Han. What could be better?

For Han and his six-person team, preserving health and well-being is the No. 1 goal. Specifically, they want to combat cardiovascular disease, the leading cause of death in the U.S., Han says.

"Almost all cases are entirely preventable because healthy eating and exercise are very strong deterrents from getting it," says Han, who along with fellow undergraduates Richard Shi, Christine Situ​, Jordan Matelsky, Oneeb Malik, and Charlie McGeorge make up the ShapeU team. The group also works closely with Steven Moyo, an internal medicine resident at Johns Hopkins Hospital.

This fusion of affordable personal training and social exercise secured the group a spot in Accelerate Baltimore's 13-week startup program. They received $25,000 in funding and the support to make the expansion possible.

The next step, the team says, is to expand ShapeU's reach in the Baltimore area.

"We're realizing that this isn't a student problem, it's a problem everywhere," Han says. "If we want to help people live healthier lives, we need to partner with the gyms that run Baltimore."

Soon Merritt Athletic Club, Planet Fitness, and Brick Bodies will debut an advanced version of the ShapeU tool for a trial period. A more complex matching mechanism, smart scheduling app, and a pricing system that takes a cue from Uber are among the updates, Han says.

"If Bill Gates can find the time to exercise, then so can anyone in the world. Period," says Han, who at 19 years old already has three companies to his name.