Drug may restore brain function, memory in patients at risk for Alzheimer's disease

A novel therapeutic approach for an existing drug reverses a condition in elderly patients who are at high risk for dementia due to Alzheimer's disease, researchers at Johns Hopkins University have discovered. 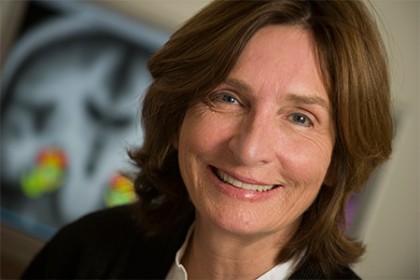 The drug, commonly used to treat epilepsy, calms hyperactivity in the brain of patients with amnestic mild cognitive impairment, or aMCI, a clinically recognized condition in which memory impairment is greater than expected for a person's age and which greatly increases risk for Alzheimer's dementia, according to the study published this week in NeuroImage: Clinical.

The findings validate the Johns Hopkins team's initial conclusions, published three years ago in the journal Neuron. They also closely match the results in animal studies performed by the team and scientists elsewhere. Next, neuroscientist Michela Gallagher, the lead investigator, hopes the therapy will be tested in a large-scale, longer-term clinical trial.

Hippocampal over-activity is well-documented in patients with aMCI, and its occurrence predicts further cognitive decline and progression to Alzheimer's dementia, Gallagher said.

"What we've shown is that very low doses of the atypical antiepileptic levetiracetam reduces this over-activity," Gallagher said. "At the same time, it improves memory performance on a task that depends on the hippocampus."

The team studied 84 subjects—67 of them had the symptoms of pre-dementia memory loss defined as aMCI; the rest did not. Everyone was over 55 years old, with an average age of about 70.

The subjects were given varying doses of the drug and also a placebo in a double-blind randomized trial. Researchers found low doses both improved memory performance and normalized the over-activity detected by functional MRI that measures brain activity during a memory task. The ideal dosing found in this clinical study matched earlier preclinical studies in animal models.

"What we want to discover now is whether treatment over a longer time will prevent further cognitive decline and delay or stop progression to Alzheimer's dementia," Gallagher said.

Gallagher, professor of Psychology and Neuroscience, is the founder of, and a member of the scientific board of, AgeneBio, a biotechnology company focused on developing treatments for diseases that affect brain function. The company is headquartered in Baltimore. Gallagher owns AgeneBio stock, which is subject to certain restrictions under Johns Hopkins policy. She is entitled to shares of any royalties received by the university on sales of products related to her inventorship of intellectual property. The terms of these arrangements are managed by the university in accordance with its conflict-of-interest policies. 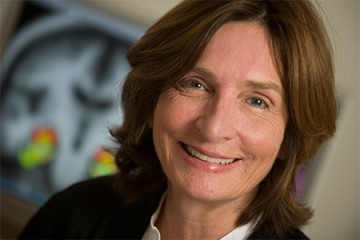