Michela Gallagher, a professor of psychology and neuroscience at Johns Hopkins University, doesn't just study the brain. She mentors young scientists on the importance and rewards of studying it, too. 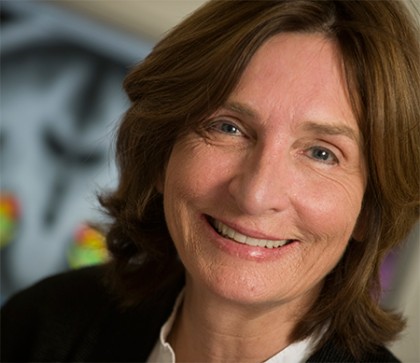 Over the course of her career, Gallagher has spent almost as much time advocating for the professional advancement of young neuroscientists as she has working on her research and in her lab. For her achievements and contributions to the field, the Society for Neuroscience will honor Gallagher this week with its Mika Salapeter Lifetime Achievement Award.

"I am honored to be recognized by the Society of Neuroscience," said Gallagher, who also serves as director of the Neurogenetics and Behavior Center at Johns Hopkins University. "I share this award with my own mentors, colleagues, and terrific students who have contributed to our research and discoveries over so many years."

Established in 2000, the Mika Salpeter Award recognizes individuals with outstanding career achievements in neurosciences who have actively promoted the professional advancement of others in the field.

Gallagher is to receive her award Tuesday during Neuroscience 14, the society's week-long annual meeting. The gathering is the world's largest source of emerging news about brain science and health. Gallagher is among several neuroscientists who will receive awards.

"It is an honor to recognize the recipients of the 2014 achievement awards," Society for Neuroscience President Carol Mason said. "This group of very talented individuals has not only served to advance the field of neuroscience through discovery, but also in their support of future leaders in the field."

In announcing the lifetime achievement award, members of Society for Neuroscience said studies by Gallagher in the late 1970s demonstrated the critical role of the neurotransmitter norepinephrine in modulating memory processes supported by the amydgala—an area of the brain involved in emotions and learning. Gallagher has increasingly focused on the neurobiological mechanisms behind cognitive impairment and preservation during aging.

For the past 35 years, Gallagher's research at Johns Hopkins and previously at the University of North Carolina at Chapel Hill, has led to advancements in the field of cognitive neuroscience and has contributed to understanding the neurobiology of the aging brain. Her recent work has shown that overactivity in key brain circuits contributes to cognitive impairment in individuals with amnestic Mild Cognitive Impairment (aMCI) who are at increased risk for Alzheimer's dementia.

Gallagher, the Krieger-Eisenhower Professor of Psychology & Neuroscience in the Krieger School of Arts and Sciences, has mentored more than 40 pre- and postdoctoral trainees, most of whom have gone on to develop successful scientific careers in academia and industry.