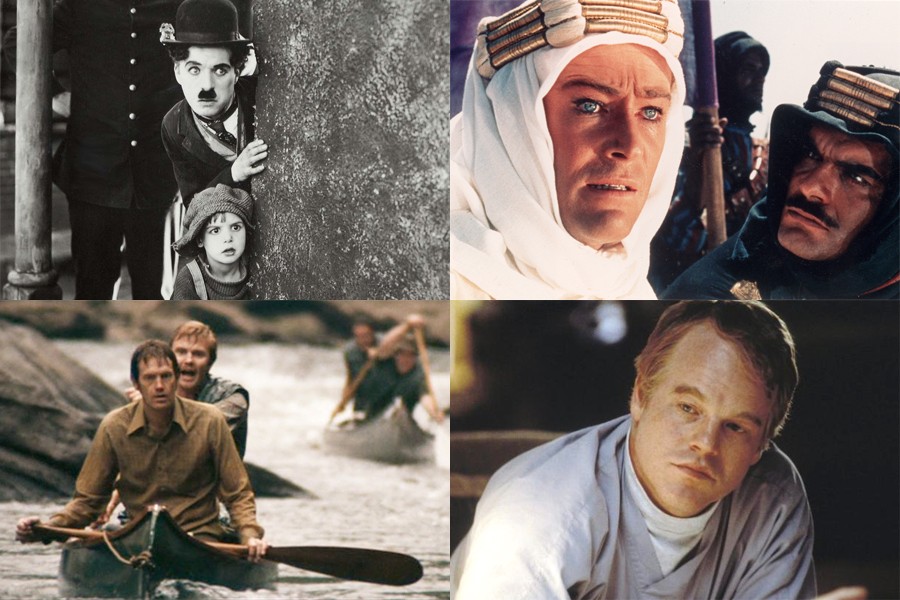 Julia Gunnison and Ian McMurray won't say anything about one particular film in the 2015 Johns Hopkins Film Festival.

Both Gunnison and McMurray, the co-directors of the Johns Hopkins Film Society and chief curators of the festival, name the film their favorite, the one they both agreed had to be in the festival. All they will say is that it's a short film from British writer/director Ben Steiner, an up-and-coming horror auteur whose 2008 short The Flea offers one of the more unsettling and tense ways to spend eight minutes. McMurray, a senior film and media studies major, says Steiner's 2015 HFF entry, The Stomach, is "like a supernatural crime sort of thing." (Watch the trailer).

Steiner's short is included in the "A Death in the Family" shorts program, a new entry in this 19th edition of the festival, which kicks off Thursday at the Charles Theatre with Charlie Chaplin's silent film The Kid and runs through Sunday at Shriver Hall.

Last year the film festival moved up to February from its previous April runs, and the curators used a Valentine's Day start date as inspiration for a love and romance theme. This year, Gunnison says, organizers wanted the submitted films to complement the 35-mm retrospective films that anchor each festival night. What they came up with is an engaging and novel look back at classic Hollywood eras, with the festival submissions providing a snapshot of film's present and future.

"One thing that is special about our fest is that we try to get films from filmmakers that are starting out in their careers," says Gunnison, a sophomore film and media studies major. "Maybe it's their first film or first feature. So when we're trying to think of a way that we could integrate the submissions that we received into a theme, at first, I thought 'the birth of film.' That sounds kind of silly, and then would we just show a bunch of silent movies."

In all, they received 120 shorts and features, narrative and documentary, live action and animation, from all over the world. They accepted 26 films for the festival—mostly shorts, plus a narrative feature (the comedy Progression, which will be screened at 4 p.m. Sunday) and a few feature-length documentaries. And starting with The Kid, each 35-mm retrospective film in the lineup represents a filmmaking era: silent films, golden age Hollywood (David Lean's Lawrence of Arabia, 6 p.m., Friday), new Hollywood (John Boorman's Deliverance, 9 p.m., Saturday), and the 1990s explosion of independent filmmaking (Paul Thomas Anderson's Magnolia, Sunday, 6 p.m.). A full schedule is available online.

It's a refreshingly offbeat approach to film history's familiar narrative. Choosing a Chaplin film to represent the silent era isn't exactly cavalier, but going with The Kid (1921) over the usual City Lights, Modern Times, or The Gold Rush provides the opportunity to see Chaplin's feature debut as his iconic Tramp character.

That idiosyncratic approach runs through the retrospective curatorial choices.

"We wanted to not choose the most obvious examples," Gunnison says, mentioning they brought up Singin' in the Rain for golden age Hollywood before going with the more visually stunning Lawrence of Arabia. "It looks amazing on the big screen, and it's probably underseen at this point, especially by college students. I think the same goes for Deliverance. It looks amazing and it's especially startling."

"We're really excited about [these films] because the point of showing films on the film medium and on the big screen is because that's where they look and sound their best," McMurray adds, pointing out that the dark and edgy Deliverance often gets overlooked in the 1960s and 1970s new Hollywood era in favor of usual signposts such as Bonnie and Clyde or The Graduate. "We were trying to think of films that were made in these eras that couldn't have been made in different eras."

The approach frames the fest's submitted shorts and features as examples of filmmaking's sprawling current era. The lineup includes two much-talked-about documentaries—Billie Mintz's Jesus Town, USA (Saturday, 2:30 p.m.), a look at the people of a small Oklahoma town that has staged an annual Passion Play since 1926, and Melissa Donovan's Zemene (Sunday, 11:30 a.m.), a portrait of a young Ethiopian girl dealing with a spinal condition.

And some, like Steiner's The Stomach, Gunnison and McMurray just want people to see.

"This is an opportunity to see a different kind of film," Gunnison says, pointing out that in this day and age it's too easy to assume all media lives somewhere online. Most of these films don't. "People who come to our festival won't see these films any other way."

The Johns Hopkins Film Festival runs Thursday through Sunday. Single screening tickets $5, day pass $10, weekend pass $20; admission is free for Johns Hopkins students, faculty, and employees with valid Hopkins I.D. for all films except Chaplin's The Kid at the Charles.